This novel is noted as “The Official Bridge to Gears 5” and it acts as a prequel to that latest game in the long running Gears of War franchise. In Ascendance you get a combined, and then split narrative that follows core characters of the series. On one hand you have Marcus Fenix working with Kait, and on the other you have JD Fenix working with Del.

Baird acts as a bridge between the groups, and you get a deeper look into his lifestyle. This really is an interesting selection of the narrative, literally taking place almost right after the events in Gears of War 4 and going directly towards the start of Gears 5. I’d say it’s a really good fill in the gaps for the fifth game, and something to look into if you’re invested in the game’s narrative.

It’s interesting, as we get to learn about what happened to Kait’s village and understand more about the awakening of the growing Swarm threat. I was really wondering what had happened to lead into the latest title, so this was appreciated. That being said, it’s not exactly a groundbreaking extension to the overall story of this franchise. 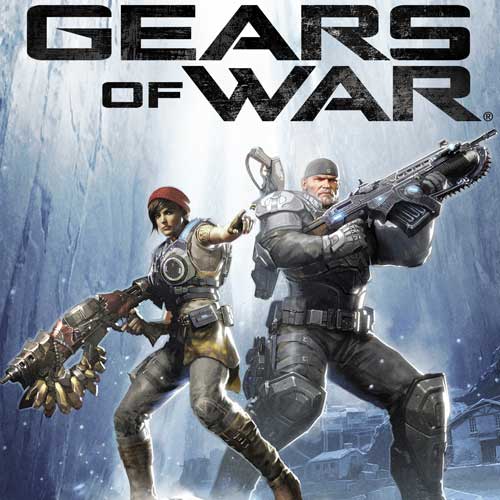 I was sent a paperback version to review, it’s nothing fancy style wise though it does emulate the look of Gears 5 quite well. There are roughly 350 pages present in this, split across multiple acts.

Some pages include special emblems that represent the series. The writing is what I’d consider to be of a regular sizing. This features a fine length, and it was a solid read overall in terms of length. I wasn’t blown away by how much was present, but it fit a fair amount of length for time.

Gears of War: Ascendance is a solid prequel to Gears 5 that helps fill in the missing gaps. This is a great companion to the story you might have played in the game. It’s still a fine self-contained collection of twin stories and it works fine as is. That being said, you’ll likely be lost if you’re not familiar with the source material setup in Gears of War 4. There’s a fair bit of action in this, and some surprises as certain characters appear.

I really enjoyed the deeper look at the modern society of the COG, and it was nice to have additional context for First Minister Jinn. There’s a fair bit of content to this, it could have however been expanded further. I felt they rushed into the missions a bit, as I was more fascinated in the cultural side of this with the COG. It also would have been great to go further into the life Baird has, as it sounds to wonderful and almost lavish while still being minimal.