This is the second omnibus for the Gears of War comic series, it contains issues fourteen to twenty-four. This also bridges the gap in the time leading up to the third main entry in the game franchise. Not only does it assist in working towards that entry, it also presents some background context to Adam Fenix with older set conflicts of war.

You get a few perspectives here, and it’s an interesting look at the Fenix family in general throughout various years. You even get a nice look at the state of humanity after the appearance of the deadly Lambent threat. There is a good quantity of stories here, and a variety of characters involved. It should be great for fans of the series, and to provide deeper context into the lore of the overall franchise.

I thought this was well done with a number of impactful characters moments, and a deeper development on key figures in this series. There’s also a sense of aging here, as this is a widespread collection of tales over many years of conflict from the Pendulum Wars to the Locust Invasion and whatever the Lambent skirmish is considered era wise. 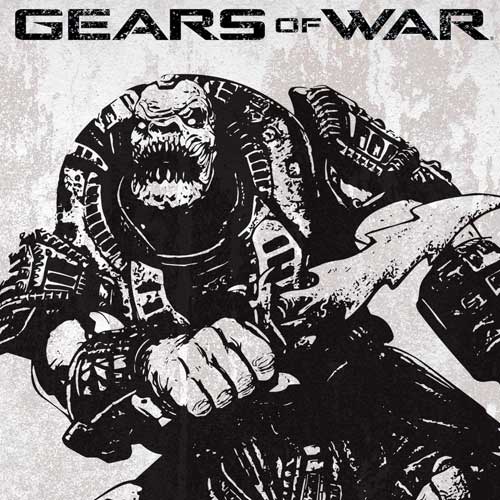 Like with the first omnibus this carries a very minimalistic cover with just Raam on the front this time around. The inside art is consistent, full of quality detail and generally visually appealing. It captures the aesthetics of the series quite well, and contains a good quantity of pages.

The pages have a nice quality to them as well, and the separate issues felt like they were coming together to tell a cohesive narrative. There was a nice mix of presentation styles here for the various windows of action, and speaking of the combative inclusions those were well done. It felt tense at times, and definitely showcased something that was true to the overall franchise.

The Gears of War Omnibus Volume 2 is great collection of issues that help to bridge the gap towards the third main entry while giving background context to help build the lore of the franchise. I think this is a rather interesting behind the scenes look at the wars this series presents, and helps you to understand key characters more.

It’s hard for games to dive into this sort of deeper development for what might be considered secondary characters or events and this does present those quite well. You get a vast selection of events that really do cover the essential aspects of various wars while supplying supplementary context and events. It’s also visually appealing with a great art style and it presents the action in a pleasing way.