When the first Life is Strange game ended, I was really hoping that I would get to experience that world again. We were then given Before the Storm which was a perfect prequel. What followed that was a second game, but one that had nothing to do with the characters from the first. This was rather tragic as they’re so awesome, and it’s great that with this comic series that we’re once again able to dive into that world.

This comic is an absolute essential to any fan of the first game, it’s perfect essentially acting as a direct sequel to that game. It takes place from the perspective of choosing Chloe at the end of the game, and goes from there. It’s a journey to see how the two have been living since the whole incident at their home, and then a revisit to deal with a persisting issue. It’s a very interesting evolution of Max’s powers, showcasing a fresh take on just what they can do.

This issue really does capture the essence of the game, whether that’s in the writings or the visual artwork. I loved what they were able to achieve here and it’s wonderful to once again be able to dive into this charming universe. It feels natural to the characters, and there are some surprises that will certainly shock you. 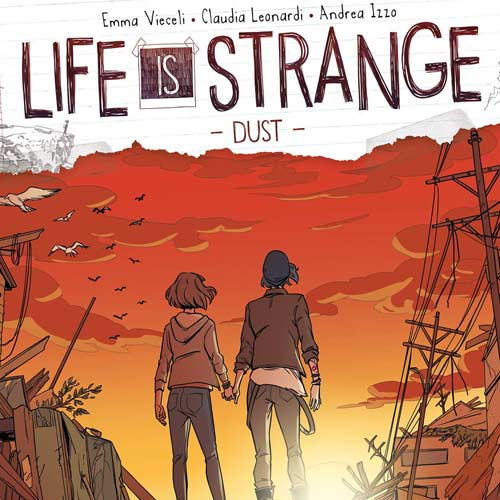 The new side to Max’s powers make sense, and are very interesting. I’m looking forward to future entries in this as it’s noted as a series. The artwork in this comic is gorgeous, and it matches the tones of the franchise perfectly. At the end of this book you also get some bonus covers, and other special extras to take in.

The Life Is Strange: Dust book is a perfect continuation to the first game and a must have for fans. This is some quality work here, extending the main narrative in a way that makes sense. It also does so in an interesting fashion that really captured my attention.

It had all the charm you might have loved from the game, and it developed the characters further. There’s also an interesting new group you get to see a glimpse of, but they’re fairly underdeveloped. The new twist for the powers is very unique, I won’t dive into it however as that would ruin the surprise at play here.

This really does dive into the concept of the choice Max made, the consequences that follow and the aftermath of what these two witnessed some time ago. I really enjoyed this and didn’t expect to ever see any sense of closure for the series. This was a truly surprising experience, and a pleasure to work through.