This is the second entry in the comic series that follows the events that were at the end of Life is Strange. That is, the first game in the series and perhaps the most memorable one still. This follows Max Caulfield as she deals with an almost alternate set of histories by changing time.

Chloe is included, and we also have Rachel which creates a rather unique situation. If you’ve played the games you know this is a strange twist on the timeline and it’s neat to see it play out. This is probably the closest we’re going to get to a continuation for these characters, and it’s been fantastic thus far. This book isn’t quite as great as the first one, but it’s still a great read.

This one dives into more of the mystery here as Max tries to keep it together and a new shadowy figure enters the fold. It’s also neat in that it’s more of a calm atmosphere as they live a regular life in a fresh location. 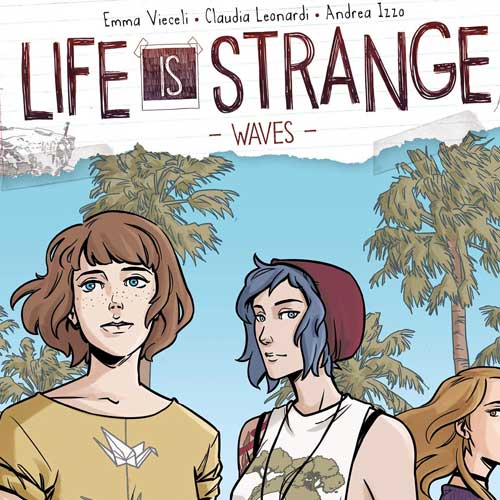 The new side to Max’s powers make sense, and are very interesting. I’m continuing to look forward to future entries in this as it’s noted as an on-going series. The artwork in this comic is once again gorgeous, and it matches the overall tones of the franchise perfectly. At the end of this book you also get some bonus covers, and other special extras to take in.

The Life Is Strange: Waves is a great second release in this comic series, building on what happens after the games and being its own unique tale. It’s great to see these characters again, and I can’t wait to see where they take this. There’s a lot of mystery here, some intrigue and of course relaxing moments as you just take in the casual atmosphere.

This is really an essential part of this series, and it’s a natural extension for what you might have played in the past. These characters are excellent, and the dynamics with Rachel being included are really enjoyable. They’ve set up something interesting, and I’m very intrigued in regards to where they’re going to be taking this going forward.