Marvel Avengers: An Insider's Guide to the Avengers Films Review

I’m quite a fan of the Marvel Cinematic Universe films and the idea of this reference book certainly was enticing to me. That being said, I’m not necessarily blown away by what it contains. It’s an interesting collection of interviews, but not really an in-depth behind the scenes look at these movies.

It does provide some decent background shots from the production, but the context with it really isn’t all that thrilling. It’s basically just a series of interviews, with each being from a particular actor during a certain main Avengers picture. The ones you’d hope to hear from on the later movies are the ones featured early on.

That aspect makes sense considering how long they’ve been part of the roster, at the same time it would have been more profound to get those sort of details, or at least their perspective from a later point in their career within these Marvel movies. That’s really the just of the information you get, an interview and a full page spotlight for the various characters that match each of those write-ups. 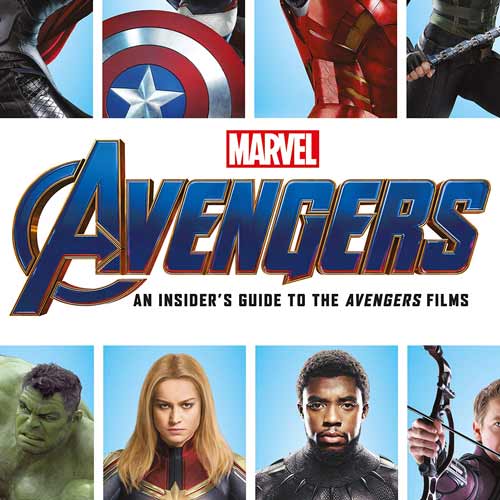 This is definitely a high quality offering in terms of the hard book cover, and the excellently detailed inner pages. They use full page images for most segments, and the text is well formatted within each area.

It’s clear to understand the connection between the visuals, and the discussion being had with the actors on their particularly characters. You’ll also have bits of text going over the connection to the set, and moments that stood out to them. It’s almost like a reflective piece of a particular time, and that’s interesting to see I suppose.

Marvel Avengers: An Insider's Guide to the Avengers Films is an alright collection of interviews that depict the behind the scenes of the core group based movies. I was hoping for something more interesting, or perhaps distinct. That is, new information or details from behind the sets as opposed to mostly memories or how the actors felt at the time. It read more like one of those magazines you’d get at the movie theater, which was disappointing to me.

The layout, and visual elements are both very well done. There are a couple spots that stood out, but nothing was too overly memorable. It seems like a bit of a waste in terms of the ordering of the actors when interviewed to some degree. This was ok, but not something I’d particularly suggest unless you were a hardcore fan dying to learn a little bit more about the backdrop of these movies.