The Division: Extreme Malis acts as a prequel to the second entry in the Ubisoft game franchise. It’s based on the tactical expertise of Tom Clancy. This comic collection brings a few issues together that will bridge the gap for certain characters, and setup the situation for the start of the latest game.

It follows an individual that’s tracking a dangerous person, moving from the setting of New York in the original entry to the location of the latest title in Washington, DC. You get a sense of the environments, the factions and the transition between areas. There’s quite a bit of action, and some rather gruesome scenes as well. It matches the tone of the series, and brings a level of maturity that works well. The narrative was alright in this, you got a sense for how the characters are set in their ways and how this journey affected them.

The core roster did expand, and it should feel familiar to those that have played the games. It bridges the gap in a fine way, and adds context into the crisis that’s unfolding in the latest location. It was also rather vague in terms of the overall threat that was established here, suppose that story is left for the game. 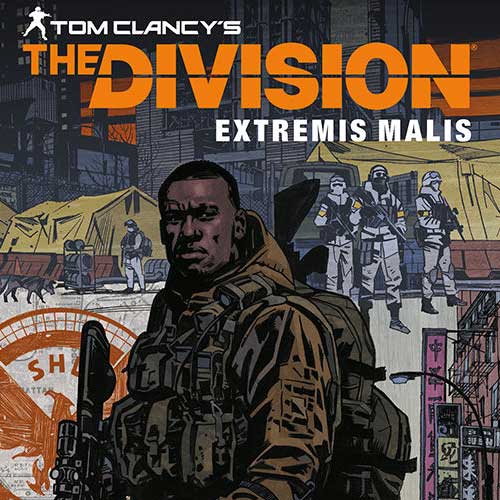 This comic book was provided as hard cover version and there’s a high sense of quality to the overall package. The panels are precise, and there’s a lot of depth within the artwork here. It looks fantastic, while being gritty and authentic to the series.

The characters match their source material beautifully, and there’s a good sense of motion here during high conflict situations. There’s a good quantity of pages present and a number of unique locations that are visited throughout the journey to Washington. I also really enjoyed the inclusion of the Turkeys, that was neat.

Tom Clancy’s The Division: Extreme Malis provides a prequel collection of comic issues that come together to bridge the game between games. It provides some rather intense action, a number of interesting scenes and a deeper look into the core characters from the franchise. It’s not necessarily essential in regards to understanding the overall lore, but it does help fill in some of the gaps. It gives a greater sense of how the United States has progressed during this crisis and it also had some nice cool down segments.

I rarely see this in the material I consume, they had some relaxing moments that weren’t necessarily too hardcore. This worked well, and helped pass the time during a segment of investigation. I wish there was more context provided behind the hunted target here, but they were certainly framed in a menacing way. This is a fine read, it’s a quality package and there’s a lot of fine detail within panels that are present. A final note is that there's a fun Assassin's Creed easter egg in this, be sure to watch for it!