The rebooted Tomb Raider games are some of the best titles we’ve had in gaming over the last two generations. I hold the trilogy in high regards, so everything that’s based around it gets a similar expectation of quality. This is actually a fairly solid companion to those games as it fills in the gap and further humanizes Lara Croft.

The issues up to eighteen in the series are included within this omnibus so you get a lot of content. You also get a well rounded narrative that goes deep into this character, and helps fill in missing parts from the games. This is an interesting way to do it, and they deliver the style I’d expect for this take on the character. You get quite a bit of action, a dip into the mystic side of things and more information on the various people she is close to.

This is great, as we finally get more details on Sam, she’s absent in the latter two games. You also get more of a build up for Jonah which is great. The stories do stand alone, but are ultimately linear in the progression of this character. It fits together well with a great flow to it narrative wise. 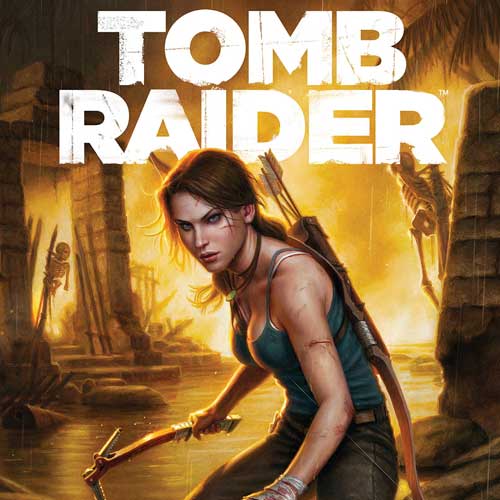 Since this is an omnibus, it contains a pile of separate issues that have been compiled together. They’re part of the same series, but it is a collection of many comics. There are over four hundred and fifty pages included in this which is rather insane. It is one thick collection of Lara Croft, and its great value.

You get quality pages that are thick, despite it being a soft covered book. The art style is quite well done, captures the feeling of the games while having a distinct look. There’s a good balance of narrative through the dialogue bubbles with action. They do a good job of showcasing tense situations that the lead often finds herself within.

The Tomb Raider Omnibus Volume 1 is a hefty collection of Lara Croft, compiling eighteen issues into one mighty package. This is seriously well worth it to fans of the rebooted game series as it fills in the gaps, and expands the general lore of the universe. This in turn helps humanize the character further, makes her seem like a more relatable regular person. The games are often focused on her adventure, whereas this package of comics dives into regular life and the aftermath of the dangerous situations she finds herself in at times.

It’s not always right into another adventure, sometimes she needs to cool off, even if she doesn’t get the chance. There’s a lot of content within this and I’m very curious where the series will head from here. The games have been excellent, and this is a necessary companion for the hardcore fans, or the curious ones that want more context behind who she is. You also don’t necessarily need to have played the games, this fills in things well enough.