Ori and the Will of the Wisps features a number of creatures, and enemies to tackle as you’re playing. This is alongside the rather hardcore platforming challenges. Included within the various foes you’ll need to face are many large scale boss fights which include the Mora spider. Full details on how to deal with this creature can be found below. 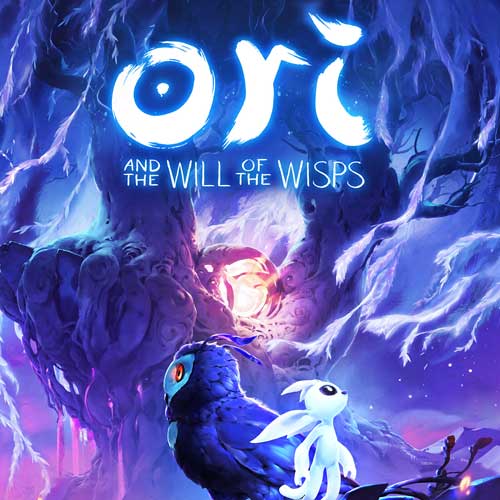 Details & Highlights
This is a rather intense, and honestly insane multi-tier boss battle. It will require wit, patience and perseverance to complete. I have split this into the stages of battle, there’s a video at the bottom too if you just want to watch a guide on it.

Stage 1:
It starts by having you fall into this large lair pit. Here you have two walls to use as a balance. The left wall has a blue energy crystal. Jump to the top of either wall, and use that as a platform for jump off and slashing the creature in the head to then get back on the wall.

You can also use a method of just walking past its floor hits and slashing at the head whenever you can. Keep in mind that the head is the only place that Mora takes any damage. Don’t forget to heal when you can, that is essential in keeping yourself going. Repeat the attacks until this area is finished and the spider stumbles back against a wall. Keep in mind this is the first of a two part segment that you must complete both of for a checkpoint.

Stage 2:
This is after the first wall is broken. The spider has some new dangerous attacks. This includes shooting laser beams along the floor, dodge by running up the wall. Also, keep in mind you now have a swinging blue target to use for a quick escape. The second attack is the ability to throw fire balls, you can bounce (bursting) these back at the spider for damage and should get used to doing so as that will be your primary damage option going forward.

There will also be mini spiders on the ground, it’s best to largely just ignore and move past them, only attacking if you feel confident to do so as they are tough. The mini spiders are also good for bursting off if you need to get into the air. So while the left wall is still the same, the right one has a dangling web thing to use for cover. Also, if the spider hits near that wall it will reveal another crystal. So generally use the same attack methods, while also hitting back fireballs whenever you can do so.

Stage 3:
This is a middle section where you travel to another arena lair to battle further. Mora will stumble backwards, creating a swinging orange mark that you can burst off of. Do this twice upwards, hit the wall on the left and then quickly dash or jump over to the middle sack that’s hanging. Jump again to the open and use the blue mark to burst yourself upwards and to the left. Climb quickly upwards and switch sides when a bump arrives. Jump to the right and burst through the blue mark to hit against the wall. Climb quickly and then use the next blue mark to burst further into a tree log. Clear the tree log as it breaks backwards and into the next area for the following segment of the fight.

Stage 4:
You’ll get a brief time to survey the area, note that it has two walls. There’s a single blue energy crystal in the ground on the right side. On either side hanging are yellow marks to burst from, remember this all. There are a few attacks, basically ones we’ve seen before. Make sure that you hit back the fireballs to the spider’s head. Dodge the beams of power by running up the side of the walls to the top really quickly.

The method I used here that worked was to hug the far left wall, jump down slashing, then sticking to the wall and climbing up again. It seemed like you were largely out of the way to be attacked by Mora. Make sure you have your light ability on here too, so that when it gets dark you won’t necessarily be as likely to die from the darkness that consumes the entire area. Also, be cautious of the deadly mini spiders attacking you. Just keep repeating your strikes, heal when possible and survive. It’s hardcore.

Additionally, for a light source you could keep bouncing off the yellow marks, using the right side since it has a crystal on the ground for more energy. You could keep volleying back those fireballs. After you’ve finished the spider will thank you, everyone hugs and you go on your merry way. If you need a visual aid, the video below showcases the boss battle. It is available at 1:20:29 as a time stamp. I hope you found this helpful, good luck your journey in this sequel game.