Jumping right into things could you give us a brief idea of your history working on Minecraft, and the general just of what the Caves & Cliffs update will bring to the game?

Cory: My history working on Minecraft, I started here just over two years ago. I work on the Vanilla gameplay team. We help design and develop features for vanilla Minecraft. I have been in the community for ten years now. I got my role here, formally as a Minecraft modder.

The caves and cliffs update. Two things, the underground of Minecraft worlds. So where all the caves are located and the entire underground. The cliffs part is the mountain’s biome is getting an upgrade. It was voted on by the Minecon Live vote last year.

The update is quite awhile away, can we expect any smaller updates between that time? Building on that, will this release as a singular update or a split like with what we saw when the Aquatic update arrived?

Cory: This will be one update, caves and cliffs together will be the next update Minecraft has. Instead of a holiday update this year, for several reasons we opted to combine the two updates into one and release it later. It will be releasing with full feature parity on both platforms at the same time with the update. 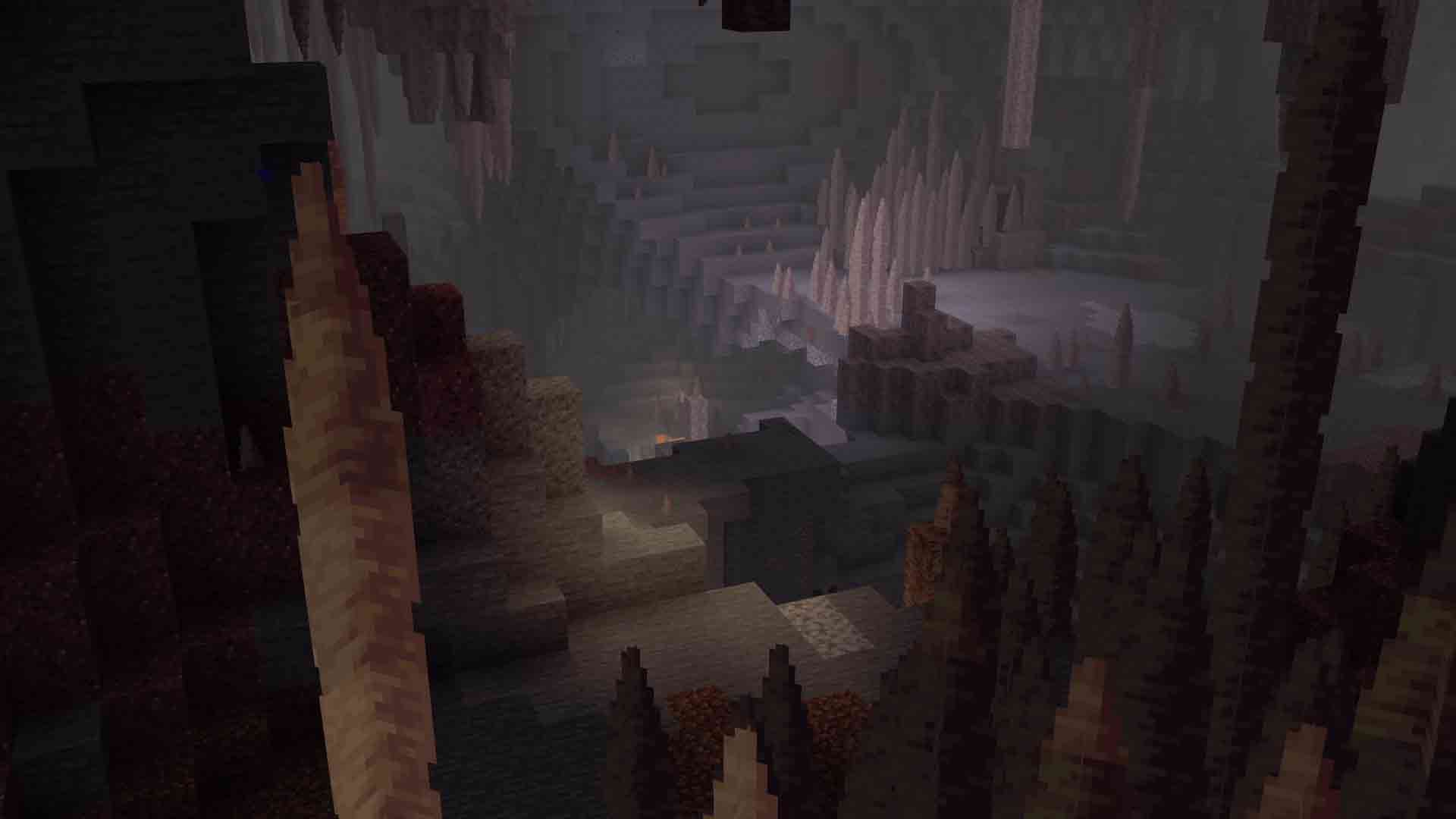 Caves being revamped has been a long requested update. Why was now the right time to begin enhancing such a core part of the experience, and what aspect do you feel will really excite players when they step into a brand new cave for the first time following the update?

Cory: There’s a few reasons. We wanted to make sure that we could develop the update that the community has wanted for so long. It’s been the most highly requested update for as long as I could remember. We now feel we’re staffed up and ready to take on such a task. We wanted to make sure we were in a place to listen to the community and iterate on the feedback they give us.

Make sure we have enough time, to actually do the update and make sure the game is in a place where we can technically accomplish what we want to. To make it as epic as the community expects. As for the experience, I’m hoping like with every update that some part of the game feels new, fresh.

With the caves and cliffs update we’re really hoping that when players go underground it’ll feel like the same old Minecraft but completely new. We want them to have new ways to explore, new things to do, but still feel comfortable because they still sort of know what they’re doing. Yet at the same time they have so much new to explore and discover.

We’re going to see some new blocks, could you highlight some of them and briefly explain what they provide?

Cory: We’ve added Crystal Geodes. So those Geodes are Minecraft scaled so they’re very large. The outer shell is called tuff, which is a volcanic stone. Inside that is calcite and inside that is the Amethyst crystals themselves. Two forms, the block and clusters that actually grow.

You can use the clusters to craft things, you get shards from those. There’s a block called the Sculk Sensor that reacts to vibrations that it senses around it. It then emits a Redstone signal when it senses a vibration, we’re hoping a player could use that for instance to create wireless redstone type contraptions.

It’s very interesting to see a new ore being introduced, could you tell us a bit about Copper and what we can use it for?

Cory: Our goal with copper, especially with the way it ages. The idea was to introduce a history in an area. Most blocks in the game you get, you place it and it exists. With copper it’s sort of a crop. Crops show age, but with copper it takes a very long time to go from an orange type state to a green state. The goal with that is, with players to show and encourage them, that they’ve been in an area for a certain amount of time.

With most updates we get some new mobs, what will see added this time around with the update?

Cory: Many mobs in this update. In the mob vote and this year’s live event. We have the goat from last year’s live event. We have the Axolotl which is a super cute mob that will live in the lush caves. Then we have the Warden. It’s not a boss, but a very challenging mob that you probably don’t even want to fight. It is actually going to be blind, like the Sculk Sensor it’ll sense vibrations. It senses vibrations, it doesn’t see but if you move it’ll hear you and it’ll charge. 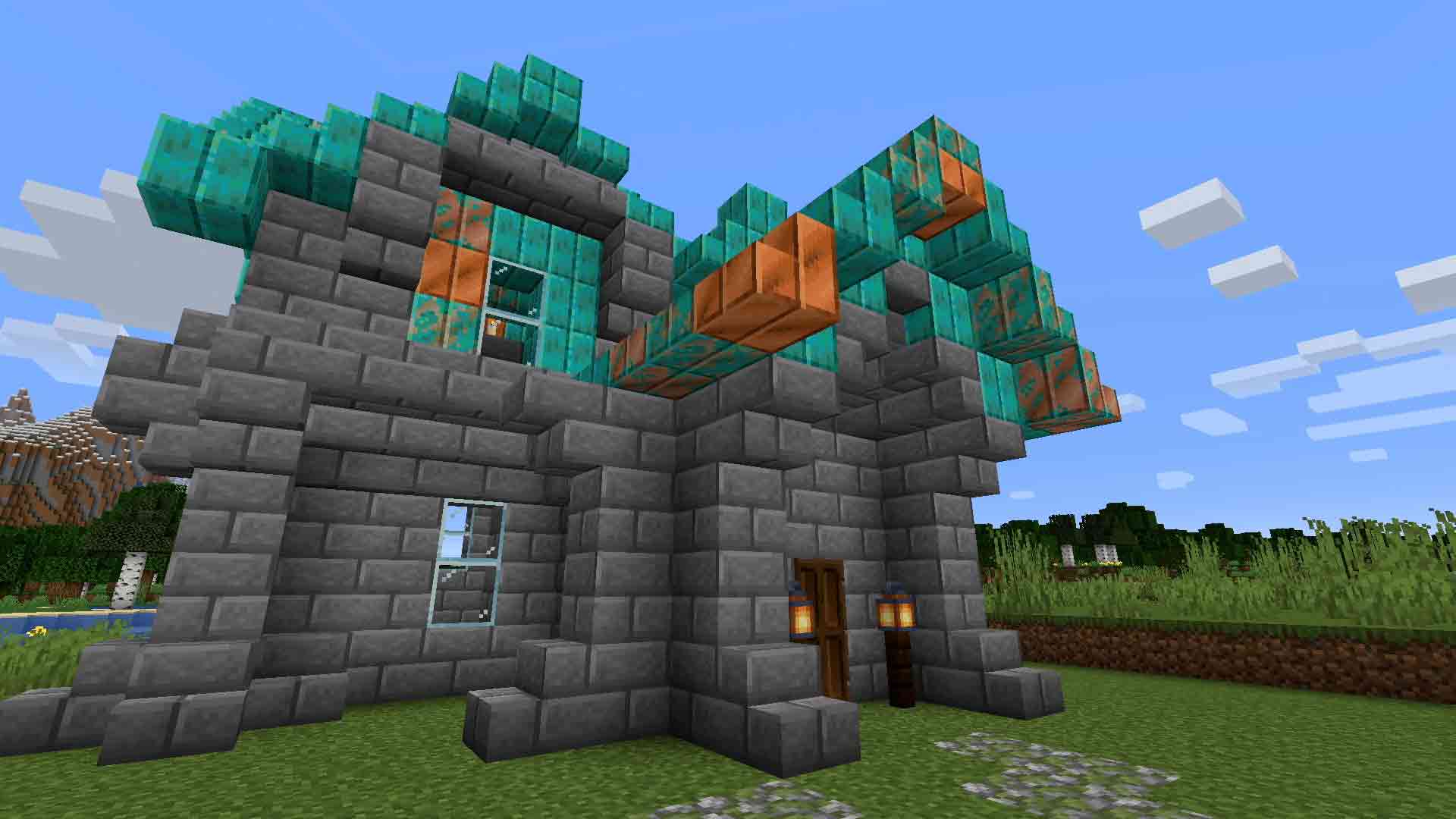 There’s going to be an archaeology system introduced, could you tell us a bit about what that will allow players to do and how it’ll impact the gameplay experience?

Cory: The goal with archaeology was to give players more to discover. There will be archaeology sites across the world that players will be able to carefully dig up and discover artifacts such as pot pieces to rebuild pots. The goal is to add a new way of both discovering, and obtaining treasure items essentially. It’ll also in a sense give players more storytelling opportunities because the history of those sites is not readily revealed.

The mountains aspect, or well cliffs are also being updated. Could you tell us about how this will impact that aspect of the experience?

Cory: What we really wanted to do with mountains was to enhance the visual experience. Mountains in real life can often feels super epic. Like when you climb a mountain and you get to the top the view is just spectacular.

In Minecraft we wanted to recreate that feeling of seeing the world from such a high vantage point. In doing so we also wanted to give unique life to the mountains. By adding the goat, and the powdered snow block that will be on top of a lot of the mountains. These mountains will get a unique identity on top of their beauty.

There’s going to be a bundle item feature for better storage, are you able to share any details on that?

Cory: The problem is that we need better inventory management because we keep adding things to the game and haven’t really come up with great solutions to manage all these new items since we haven’t increased storage space. The goal with the bundle is to compress what you have into a smaller space.
B