This is a bit of a different type of article, being more of a relaxed showcase of this unboxing. I had one of the most surprisingly cool things show up the other day. That was a Minecraft Dungeons loot chest. It was a real box that was filled with exciting wonders and in general it was really cool to see.

I’ve included an unboxing video of that below, but I’ll also go over what was included within this wondrous chest. The first thing to note is that this genuinely was an entire surprise, I had no idea it was coming. It just showed up out of nowhere, and that is even more fun.

It’s great to sometimes get surprised in life, especially when it’s such a distinctly different thing such as this chest. So first off, this is a chest of recycled materials that also has a guide for further recycling. That’s a neat aspect; I don’t plan on ever getting rid of this since it’s so awesome, still a neat inclusion and environmentally friendly.


The box itself is quite large, and actually rather heavy. It’s got a good weight to it, and some thickness as well. I could see myself using this for storage since it makes a very distinct sort of holding chest. It carries that Minecraft design, while also being sleek.

To quickly divert, outside of the box I did get a rather awesome plushie based on the Redstone Monstrosity boss within the game, that was really excellent to have. It’ll join my already existing Minecraft plushie wall grouping which is extensive. They make a number of plushies if you didn’t know, and they’re fantastic in terms of quality.

Included within this loot chest are a number of boxes and a specific flat rectangular box at the top. Inside this top offering was a special plaque that was labeled fifty out of a hundred, likely meaning that this is very limited. With that, it’s a great opportunity and mostly an honor to be chosen for something like this.

I was freaking out about it as I opened this up, as were others that I showed it to. Beneath the plaque was a guide to Minecraft Dungeons book. That series is particularly great, I’ve reviewed a number of them in the past actually. Now onto the four distinct boxes, designs that each reflect a different block in the game.

The initial block was based on what I believe was end stone. It looks yellow-like, but doesn’t quite seem to have the lust of sand. Inside this were some special keys based on the in-game key options. On the back were some Xbox Game Pass Ultimate codes, that’s great to have. It’s an incredible service and I suggest looking into that if you’re unaware of what that is. 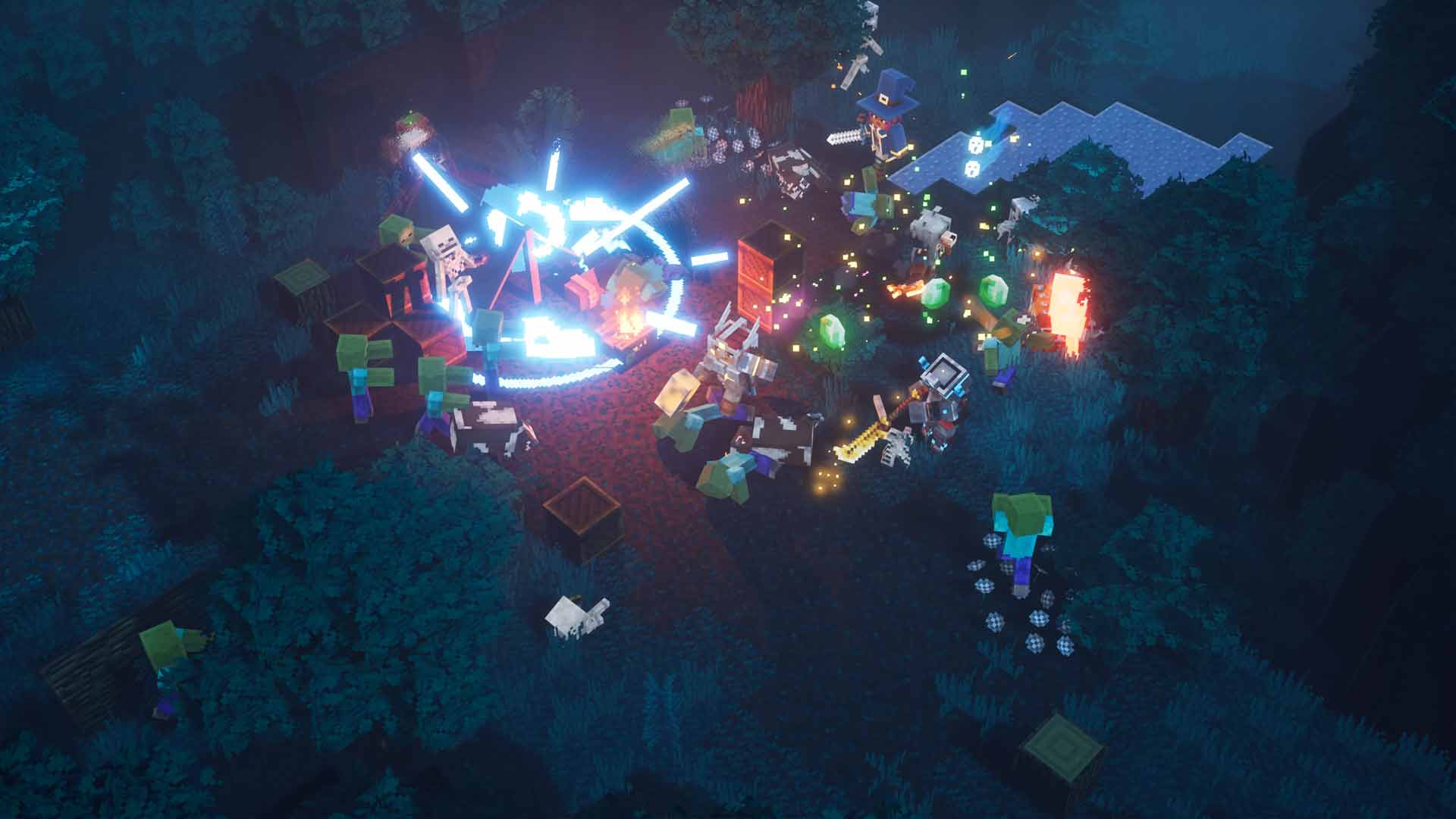 The final box was of lava, and contained a themed shirt! That was the just of the loot chest, a really awesome package to have that was splendid to see show up. Again, a truly surprising showcase and the highlight of my day for sure. It’s nice to have something appear with no idea of it showing, and it to be a complete surprise.

That’s a special feeling, and fits in well with the game that I’ve been enjoying a lot recently. I’ll also note we have tons of coverage for the game here, and will continue to do so as content releases for it. The game is available on Xbox One, Playstation 4, Nintendo Switch and PC platforms. You can read our review of the title below, or check out the general hub for additional coverage of the series.