Interview with Chad Werner, Director on A Perfect Host

A staple I do in all interviews in order to start things off is to ask that you elaborate a bit about your film for those not familiar with it?

Chad: “A Perfect Host” is a look at the blind acceptance of modern-day practices, mainly the fact that we rent vacation homes from strangers for weekend getaways. It’s about group of friends staying at an isolated lake house owned by a fitness obsessed host named Tad. He’s an weirdo who’s intentions become increasingly sinister as their stay continues. I don’t want to give away too much!

Moving on from the initial details, tell us a bit about the setting and the type of atmosphere you were hoping to project to viewers?

Chad: I wanted to build a world that was grounded in reality, but unsettling and isolated. Staying at AirBnBs can give you that unsettling feeling, especially when they’re in unfamiliar locations and don’t look like the pictures online. I wanted to establish the isolation of the characters and the location through our wide shots. The house we used had some great perturbing production design built in. The lake itself was in the winter time and gave us natural fog and grayish tones that helped build that atmosphere.

This film certainly has some interesting moments in it, was there a favorite non-spoilerish one you’d like to highlight and dig into in regards to its setup and execution?

Chad: Hmm… when our characters first arrive to the house we have a slow-build one take shot. This was a last-minute decision that originally had many different shots and set ups to showcase them arriving at the house. I was sitting in the house alone the day before the shoot and was inspired to have a 360 one take to help establish the creepiness of the home and also their isolation within it. Thankfully the actors and our crew were super flexible with the changes and we went for it. I really enjoy how that scene turned out. 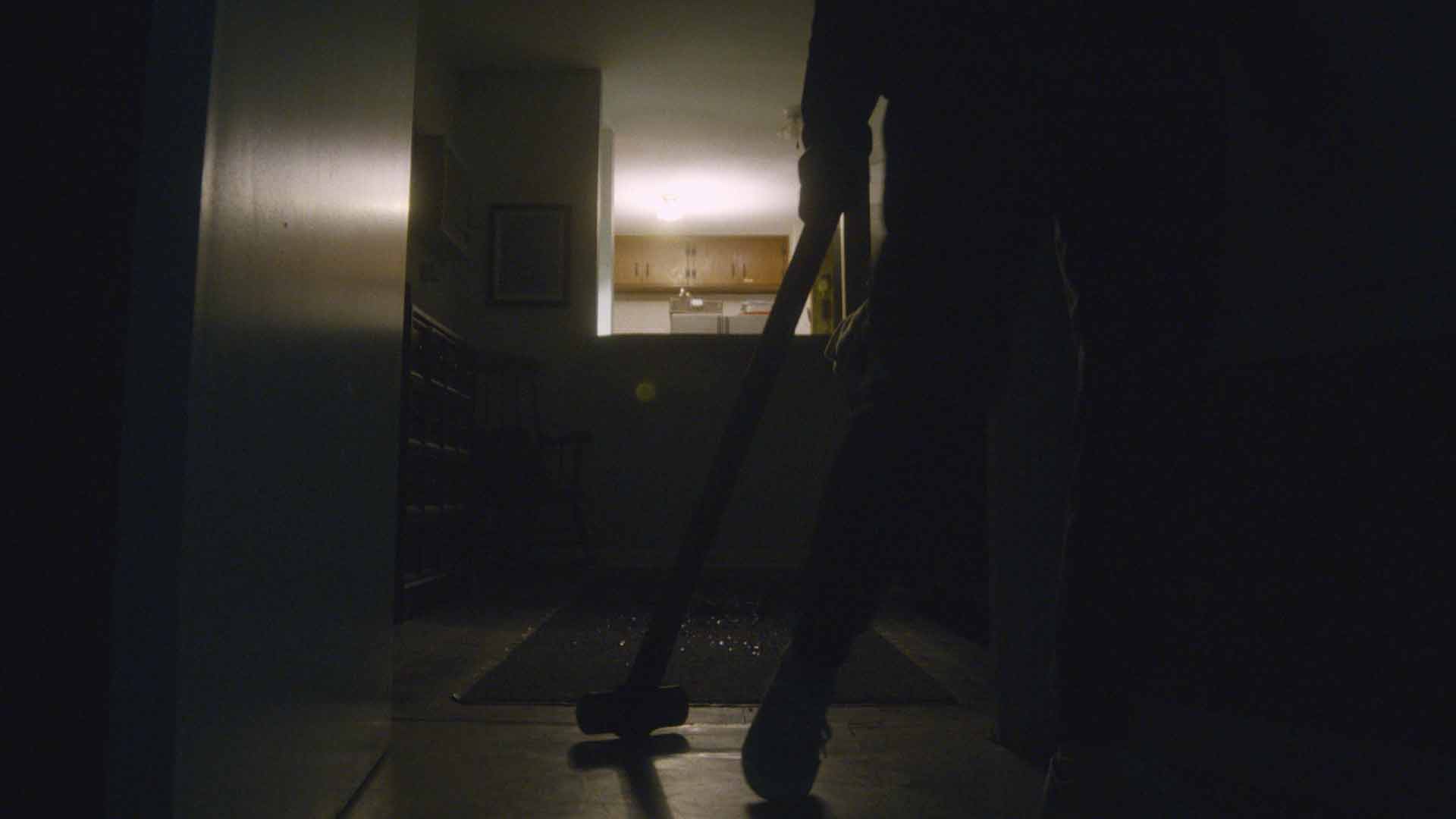 Assuming this wasn’t covered previously, could you go over the cast and the roles they’re stepping into for this movie?

Chad: Katelyn Marie Marshall plays our protagonist “Avery.” Her audition had this very natural toned-down quality that was exactly the feel we were hoping for. She has a girl-next-door-that-could-kick-your-ass vibe to her. She immediately stood out in the audition process.

Jeff McQuitty is this multi-hyphenate talent (he’s a filmmaker in his own right and did the original music for “A Perfect Host”) he plays “Sam” our “love interest” if you will. Jeff has a great sensitivity and comedic timing that I knew would be perfect for Sam, especially in the “hurt-puppy” moments that we needed.

Brady Johnson is an old friend who I originally reached out to give some notes on the script. He surprised me by returning an audition tape for Tad (our antagonist) and he has such an earnest-ness to him you wouldn’t suspect the dark things happening behind the eyes. Brady brought this annoying affability that could turn on a dime. It’s not easy to ride the line of love-to-hate and Brady did it very well.

Our other couple “Becca and Corey” played by Emily Hiott and Jon Michael Simpson respectively. Provide a nice comedic relief to the film. Emily helped develop the story with me, and Jon Michael is a producer on the movie. They’re old friends who I mainly let improv their scenes and they do a great job.

I quite liked the setting, how was the location selected and did you face any troubles while shooting in the area?

Chad: I knew I wanted to shoot in Austin because of the film community we’ve built there over the years. Finding a house that: fit our plot, was believable as a “cheap vacation”, and was on the water were very important. One of the producers Grace Potter and I toured a few places and met the owners, we found the perfect one and even helped form some of the script because of it. We really didn’t face many troubles, the neighbors and owners were all very accommodating. The main problems were getting solid weather for the lake scenes. That water was cold. And it was rainy. 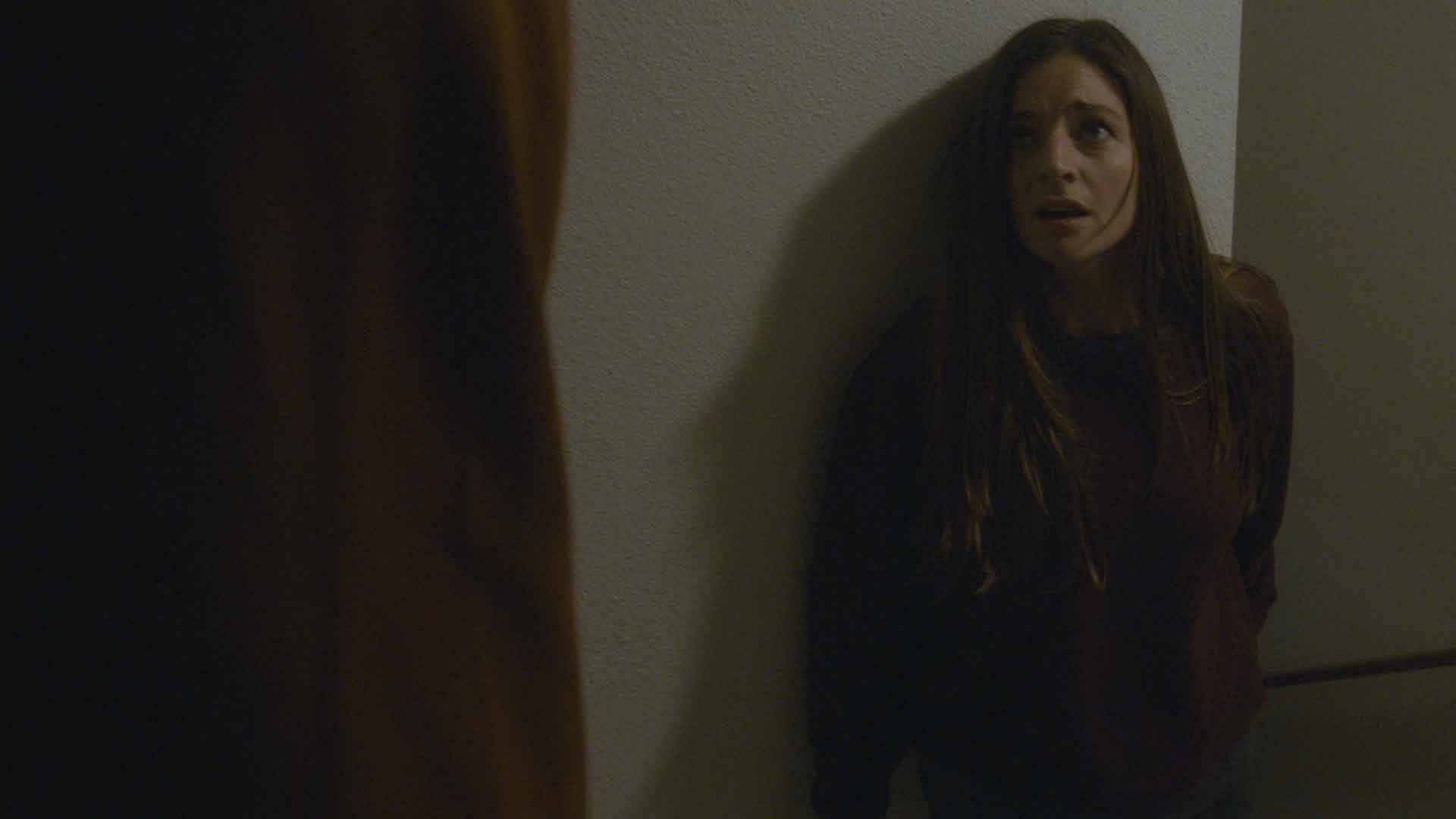 Chad: I think on its surface (and logline) it could easily read as an updated cabin-in-the-woods gimmick film. I understand, it’s important to get audiences hooked on a premise for marketing purposes. We made, however, a very specific movie tonally with lots of layers: horror, comedy, romantic drama, mythology, and lots of twists fill the film, and do so in a way that I believe blends well for an audience.

Oftentimes horror movies provide flat two-dimensional characters, and I wanted to build a world and relationships that were three-dimensional, with characters who are relatable, who you don’t want to see perish. With backstory and motives that are clearly thought out. Our film is intentional in everyway: how it’s written, how it’s shot, how it was performed, even down to removing colors that didn’t stick to the color palette from the frame!

What sort of genres would you personally attribute to the movie, and did you find any difficulty in the process of conveying those to the audience?

Chad: Comedy and horror. While I wouldn’t call this a “horror-comedy” because that genre has some specific films associated with it that aren’t similar to ours: films that I love, but are more meta or farcical in their tone. We were aiming for something grounded and uncomfortable. So uncomfortable at moments you don’t know whether to laugh or be afraid, probably a little bit of both.

We wanted the grounded-ness of an indie romance, the tongue and cheek deadpan comedy that is a nice wink to the audience, and the twist and turns of a psychological thriller. Any difficulty conveying these layers to an audience is either because they may not be in love with my type of humor or horror, which is totally fine. We’ve found through festivals and screenings, however, that most people enjoy the weirdness of it all—just a matter of taste. Humor and fear are subjective, I get it!


Lastly I would like to leave a spot for you to say something or go over anything I might have missed during the interview?

Chad: Hmm… Indie filmmaking is long, fun, depleting, fulfilling, exciting, excruciating, joy-inducing road [Laughs]. I wouldn’t do anything else with my life. If you find yourself inclined to watch a weird, funny, horror film please give ours a view.