Tim Burton adds his own Twist to the beloved animated movie Dumbo. This live action film is centered on a family who are a part of a failing circus. Holt Farrier (Colin Farrel) used to be the star of the show, but he went away to war and when he came back something was missing. He wasn’t the same man as before and now he is faced with a challenge, he can’t do the same act he did before and if things weren’t bad enough, his boss Max Medici (Danny DeVito) has put him in charge of the elephant show. In a desperate attempt to raise ticket sales Max Medici has bought a pregnant elephant and Holt must find a way to make the elephant show the main attraction. Before it’s too late.

The new baby arrives and everyone loses hope. They wanted the baby to be normal but instead they got a clumsy elephant with giant ears, who later gets named Dumbo. The poor baby elephant becomes the laughing stock of the circus. No one believed in, or wanted the little Elephant except for Holt’s children, Milly (Nico Parker) and her brother Joe (Finley Hobbins). They are willing to do anything it takes to save Dumbo. The children are trying to comfort Dumbo after a tragedy when the children come across what make’s Dumbo special…… he can FLY! When Max Medici finds out he immediately adds Dumbo to the show “Dumbo the Flying Elephant”.

People come from far and wide to see Dumbo fly, and it also attracts the attention of V.A Vandevere (Michael Keaton) who makes an offer on the circus Max Medici just can’t refuse. With this new offer everyone joins Vandevere’s circus and everything seems glorious! But the Farrier family start to see through the cracks, behind the curtain everything isn’t what it seems and with the help of Colette Marchant (Eva Green) they must rescue what is left of their old circus and save Dumbo.

While Dumbo has the same name and the same idea as the 1941 animated film, this one is quite different. Not only is its live action but it also bases the story on the people just as much as Dumbo while the original was based on the animals themselves.

The CGI in the movie was good, with only a few really noticeable CGI moments. This movie is centred around over coming obstacles and facing discrimination. It’s about facing disabilities and overcoming them. While they did a great job with this film, I wish it was focused on the animal story line a bit more and less on the people aspect.

People are sure to remember Dumbo the cute baby elephant. The movie itself though, not so much. It is a family film and some may love and enjoy it. But, it’s one of those films that “when you’ve seen it once, you’ve seen it 100 times”.

There’s not really anything that draws you to the movie, that makes you want to come back and watch it again and again. Perhaps my hopes were set to high for this one, but I believe they could have done so much more, and made it so much better. It had great scenes, good cast but it was missing the magic touch that Disney usually has with their films. 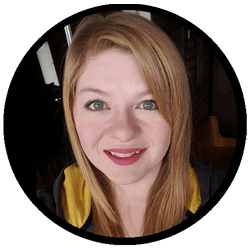