I Used to Go Here Interview

Interview with Kris Rey, Director on I Used to Go Here

Kris: Used to Go Here is my fourth feature and it’s probably the most comedic of what I’ve made. I was inspired to make it because of my own trip down to my alma mater that I took in 2015, as well as some other trips to universities to speak to students and show my work. During those trips, I was really taken by just how much admiration I received for my art by these students.

I was struck by how it made me feel at the time. It left me wondering about a scenario where if someone was doing particularly badly in their life at the moment, if going down to their own university and seeing themselves through the lenses of the students at the time might be sort of intoxicating and that inspired the film.

Could you tell us a bit about the narrative and where the main characters find themselves at the start of the film?

Kris: The film centres around Kate, who is played by Gillian Jacobs. She is a novelist and her first book is being published. We find out very early on that she has she broken off an engagement and all of her friends are having babies and moving on through the standard domestic timeline so she finds herself with nowhere to turn. She gets invited back to her old university to do a reading by a professor that she had a crush on in college. That’s where she is at the beginning of the film. 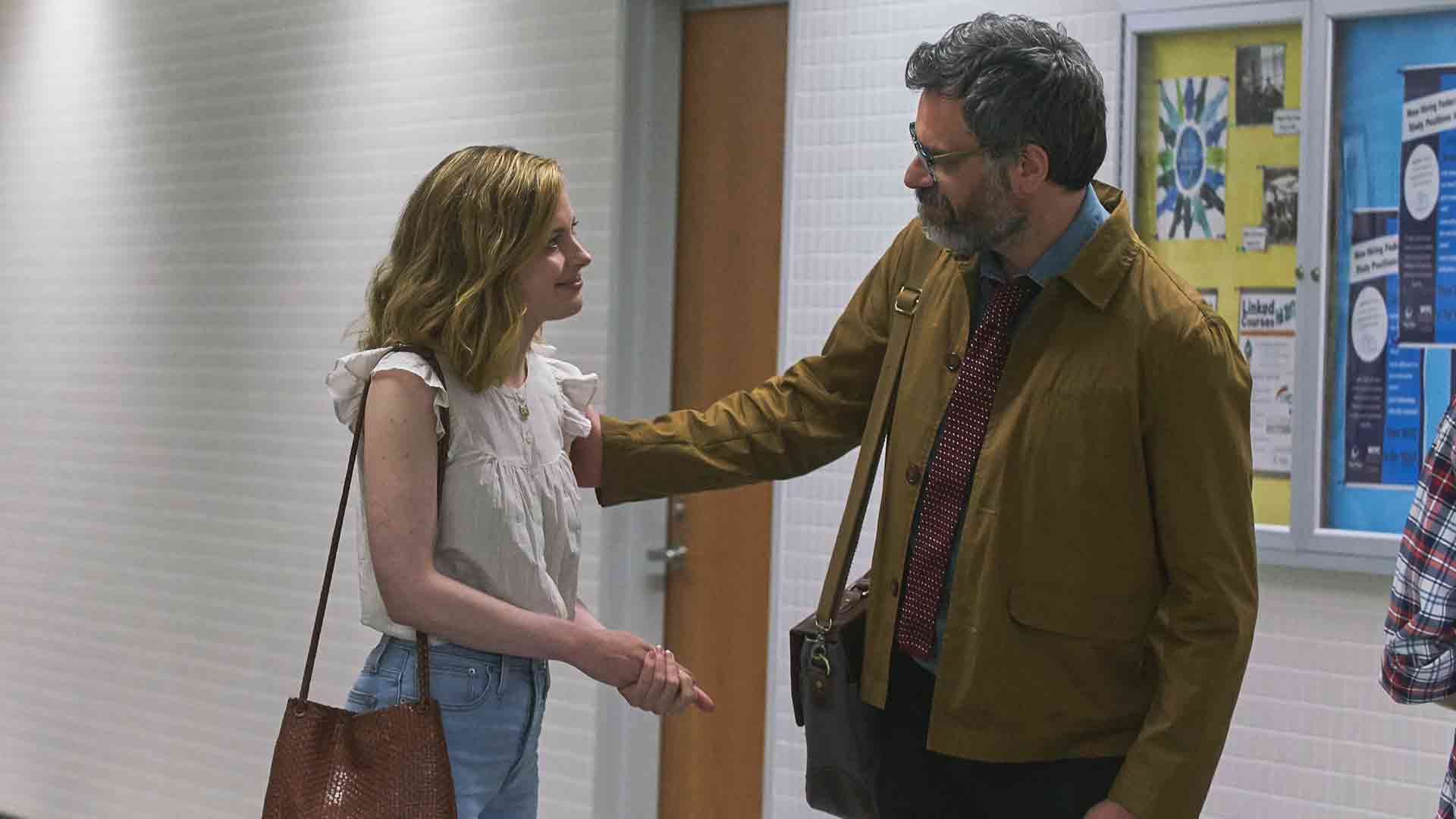 What would you note as the main themes that are present within the film?

Kris: I think there is a ‘You can’t go home again’ theme, but I tried to do something different than you might expect in a standard film about going back to your old hometown; there are many films about that. For me the movie is about learning to be vulnerable and also learning to accept your failures and move on and accept that you haven’t maybe achieved something as authentic as you set out to achieve.

I think for Kate, she is learning from these students that are in the same place that she was fifteen years ago but experiencing it with today’s lens. Culturally right now I think people in their twenties are so much smarter and mature than my generation when we were in our twenties and I really wanted to illustrate that. I’m a huge fan of the young generation right now, they’re so smart and in touch with themselves and in touch with each other and I feel like I have a lot to learn from them and I learn a lot from them all the time and I wanted to honor them in this movie in that way.

Were there any challenges behind the scenes on this production?

Kris: There’s so many literally with every movie, no matter the budget level but especially with independent films. The entire process is just reaching obstacles, facing them, and learning how to get over them every step of the way. You get all set up to go to the location, the person that owns that house doesn’t want you to shoot there anymore, you have to find a different house. You hire an actor, the actor has a scheduling conflict, they drop out, you have to find a new actor. Every day there’s another obstacle to overcome!

You’re ready for the premiere and then the pandemic hits and you’re not able to premiere the movie anymore - what are you going to do? It’s not something you expect. When you’re a film student learning to make movies, I don’t think you expect that it’s so much troubleshooting and so many logistics. It really is a very big part of it and as I move through my own career, I think what I am learning is to be in awe of literally any film that has finished. Anytime I read a bad review of any movie or see a movie that I don’t think is particularly good, I’m like-- But they did it! They made it. And that is such an achievement in and of itself. 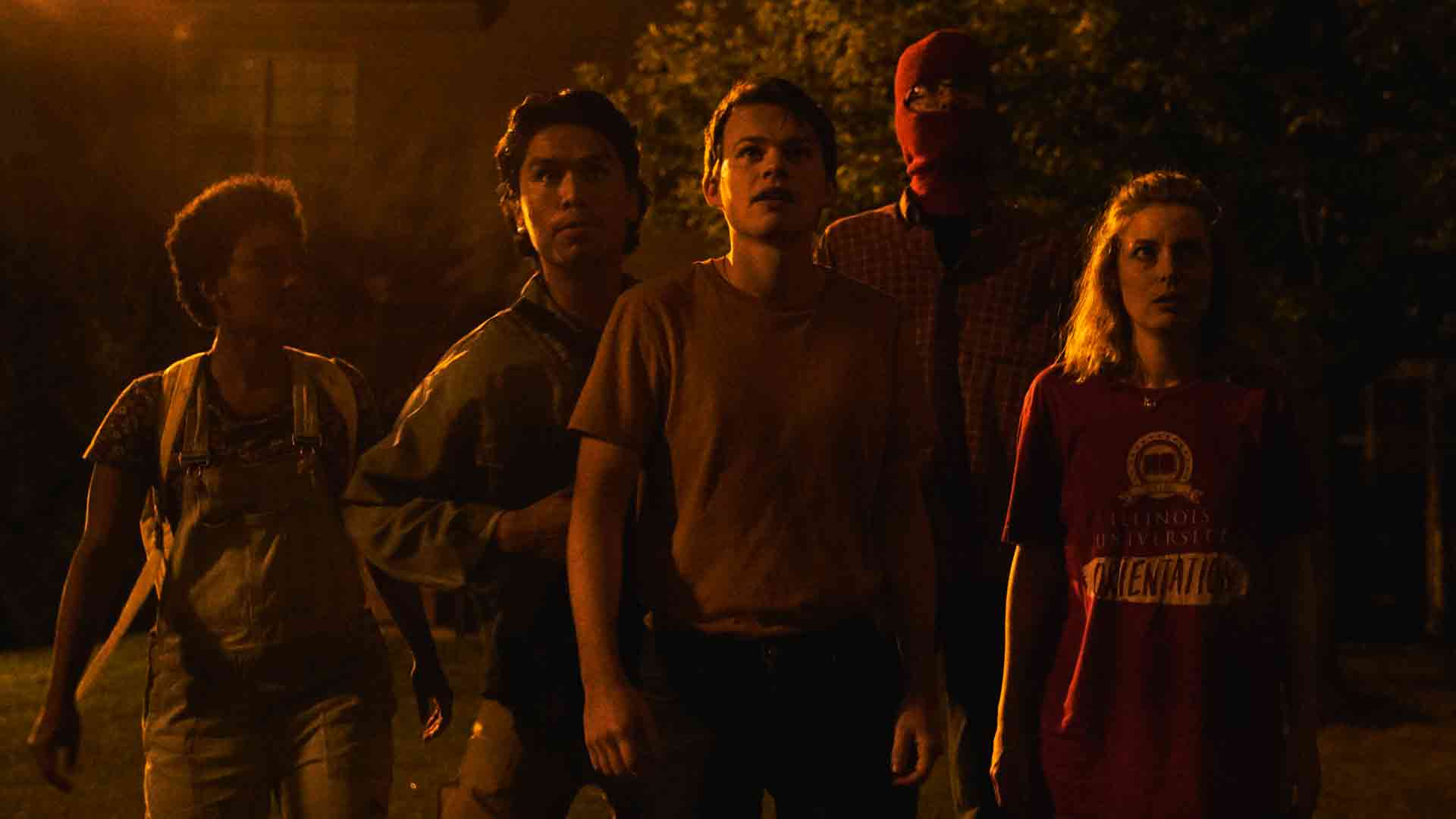 Do you have any unique behind the scenes memories from working on I Used to Go Here?

Kris: I have a million! One of the most fun moments was that we all went to shoot the lake scene at this wonderful place called Camp Wandawega in Wisconsin, that’s only about an hour and a half outside of Chicago. It’s really an incredible place. If you look it up on Instagram, it’s just one of the coolest places in the country.

They were so kind to let us shoot there and so accommodating. We ended up having the entire cast there; all of the college kids, Gillian and even Jemaine was there even though we didn't shoot with him at that location. As a cast and crew we all had a cookout and a bonfire and played in the lake and it was just magical. That was definitely one of the funnest parts of production.

In your opinion, what aspect of the movie do you feel most makes it stand out in the crowd?

Kris: I think we need it right now! There’s not much of a crowd, to be honest. There’s not many movies being released at this time. My good friend, Amy Seimetz has a movie premiering on the same day called She Dies Tomorrow and it is wonderful. Tonally it’s very different from my film but it’s incredible. It’s a horror movie but it’s also very funny.