Luke Cage Season 2 directly follows the events of The Defenders and the fallout of what happened during the events of that series. We meet a more confident hero, one that feels strong and gets a bit too cocky with how things are going. His neighborhood is looking good, he's got the girl and things mostly seem to be going his way. Opposite of this is a one-armed Misty Knight, and she's attempting to deal with that problem. She's still a straight up badass character, there are just some surprises along the way to help her get back into a prime state.

This season we have three core groups at play, two return and the third is well developed new party. This group is led by a mysterious new figure that is powerful and gives Luke Cage a big surprise. There's a story there and it's not straight forward. They took the time to develop this new character and his group in a way that makes it perfectly match the existing teams at play. Flashbacks are minimal and kept to the point directly offering some exciting narrative building along the way. It was the type of interaction where you can see why the apparent enemy of the hero is involved and that is shown strongly as things progress. 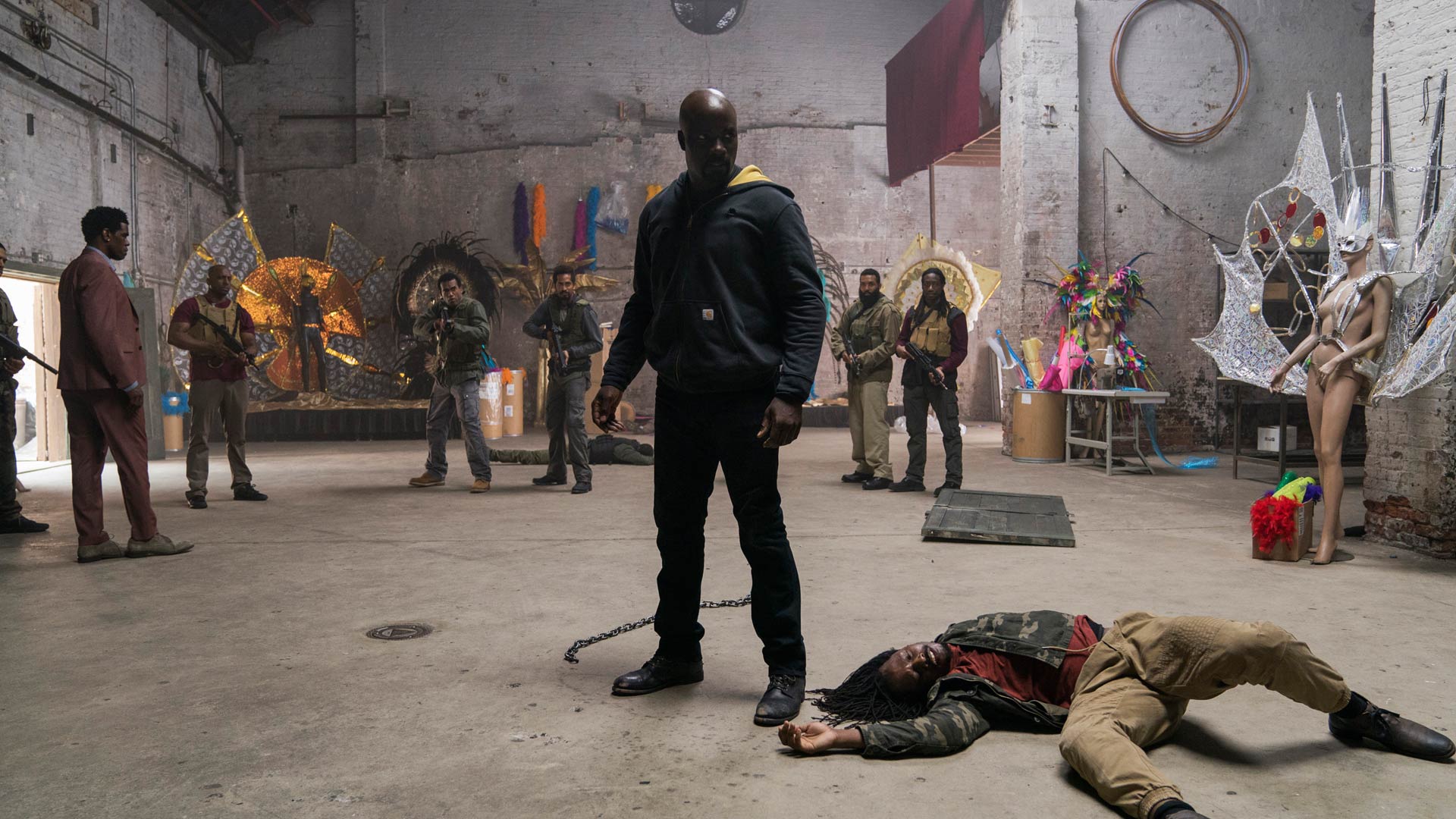 The pacing of the season was excellent, the episodes were filled with moments though I did find it slowed down in the last couple entries. It definitely concluded strong and in a way that was surprisingly cool. The use of music in the episodes was great, and it continuously felt like a fresh experience as the characters interacted. There's also a great cross-over at one point which is what I've really wanted to see more of in this Netflix Marvel universe.

That appearance was possibly the best take on that character and I'm confident now that their next appearance will be much better. The appearance also acted as a key moment for character development instead of being some random pop-in. This is also a very dark season in terms of what happens, it brings back that gritty style and set of themes that were so great when these Netflix characters started. There were some dark scenes with fire, pikes and some of the action scenes really worked towards supporting those two noted sections. It was also great to see someone that was so powerful get taught a lesson of keeping their guard up at all times.

Luke Cage Season 2 brings the character back in a confident way that works well, but it's the multiple groups he's pinned against that makes this a compelling season. I found it fantastic how they made the foes of the hero have backgrounds that connected them and gave a reason for their drive. The episodes had good pacing with bits of dialogue, action and music to keep it all flowing. It looked great, was gritty and definitely not afraid to get into the darker themes that were lost in recent seasons of the Netflix Marvel efforts. There are some great characters here, it's odd how some vanish though I get it. I really liked what they did with Misty Knight here as well as the various opposition that appears within the other groups.