The latest entry in the massive Ubisoft franchise has finally been announced with many details about what to anticipate within the game being teased. Assassin’s Creed Valhalla has an expected release date window of Holiday 2020 being a title available on current platforms as well as next generation consoles. You’ll be able to play the game on Xbox One, Playstation 4, PC and Stadia.

For the next gen consoles you’ll be able to grab it on Playstation 5 and Xbox Series X, with the latter costing nothing extra if you buy it on Xbox One through smart delivery. This is set in the Viking era, following Eivor (pronounced Ā-vōr) which can be either male or female. The male voice actor for Eivor is Magnus Bruun.

There are customization options for the character too including hair, clothing, war paint and more. This game will take place within Norway and England, during a series of epic clashes. The English landscape will feature three major towns including London, Winchester and Jórvík. 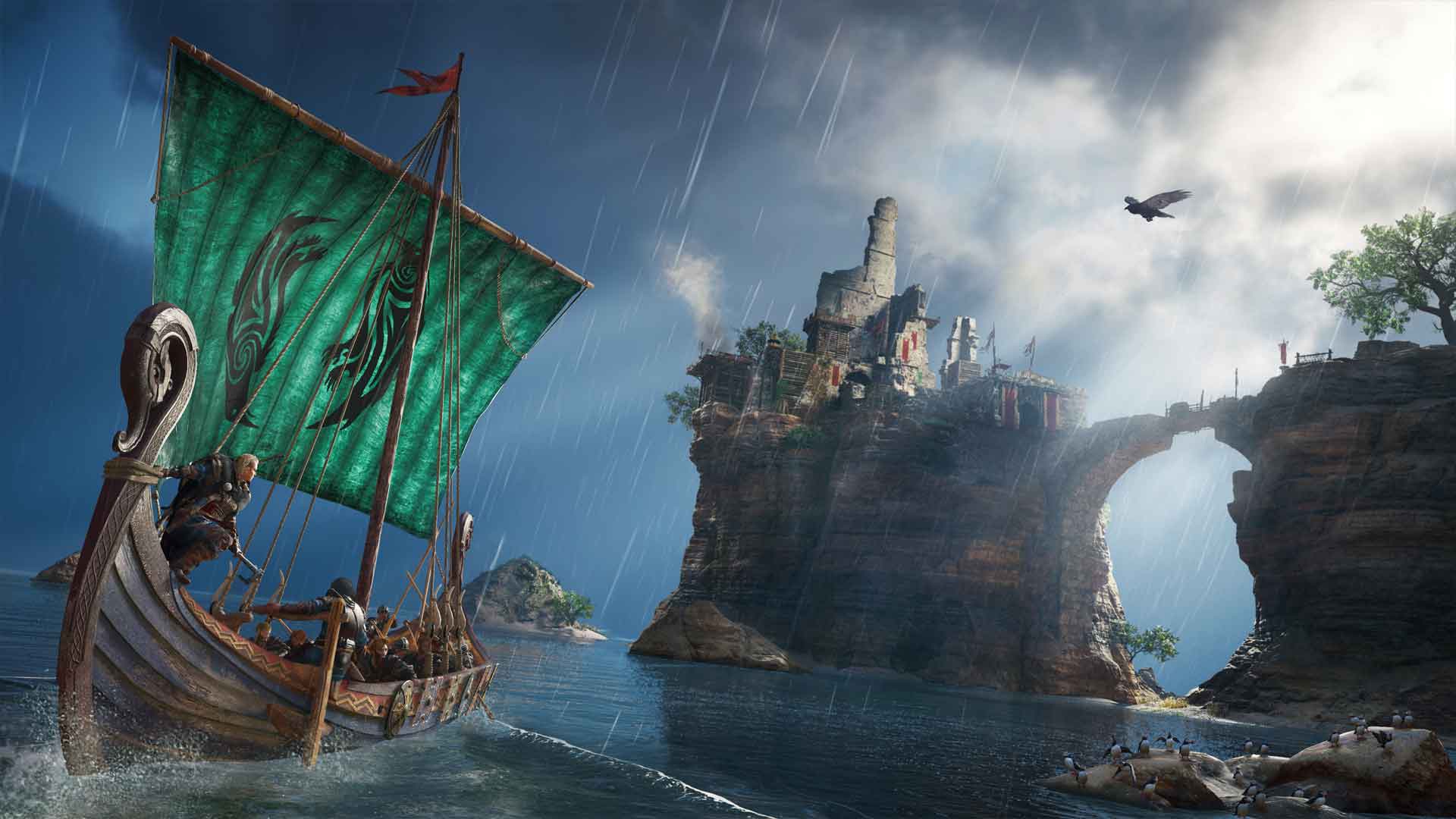 The game will also fully be embracing RPG elements with more information to arrive on that in the future. You will be allowed to dual-wield almost any combination of weapons, with every piece of gear you come across being unique. The gear can be upgraded and customized, so you can use the same gear setup from the start to the end of the game if you’d like to.

You will earn abilities through a skill tree, it’s less about characters levels this time around though. The various encounters you face will apparently continue to be surprising as you play, with the development team really honing that aspect of play. If you’re into raiding you’ll get a Longship to use. There’s a crew on there, which can be customized in many ways. The assaults are big set moments, and quite different from setups in the past.

There will be settlement building for your base, but it might not be in-depth as that sounds. Your clan and others you recruit live there. The Hidden Ones and the Order of Ancients are present in this narrative. The antagonist is King Aelfred of Wessex, and the story in the present day continues to follow Layla. That’s all for now, check out our hub and other article for more the Creed series as we prepare to mount new assaults as dangerous Vikings!