Following our initial news coverage of just the "Combustible Map Pack" being free it would now appear that all Gears of War 2 multiplayer map packs are now free. This follows a number of Gears 3 DLC price reductions to zero along with the Halo Xbox 360 titles giving all the content away at no cost. Hopefully this trend continues with the other Gears titles from the Xbox 360 providing free content, for now I'll be going over the details on what's available here. Keep in mind that this may be temporary, so grab the licenses while you can. I think this will be permanent, but you never know and I've reached out to my local Xbox rep about this. Another key detail is not to grab the season pass known as the "All Fronts Collection". This includes all of the content at once, but right now it carries a price. You'll need to grab each pack separately which is less easy, but not at all a big deal. 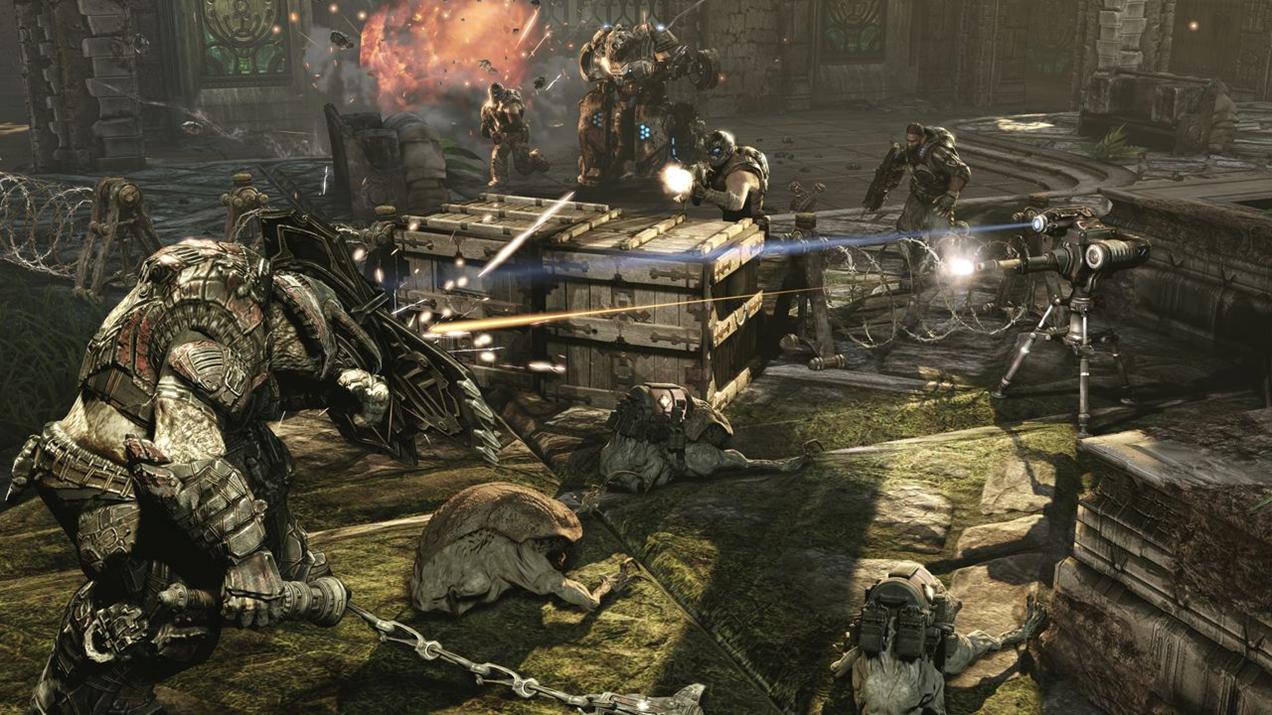 There's the "Combustible", "Dark Corners", "Flashback" and "Snowblind" maps. You have to grab each individual pack. It's a great selection of content for Gears of War 2 featuring a pile of maps, Achievements and an additional campaign option. The Combustible map pack contains Flood, Gold Rush, and Fuel Station along with Achievements. Dark Corners is a special pack as it has the cut campaign level, "Road to Ruin," Marcus and Dom navigate the treacherous Locust highway, choosing stealth or blazing action to survive. It also has War Machine; Allfathers Garden, Highway, Memorial, Nowhere, Way Station and Sanctuary along with Achievements. The Flashback map pack contains classic original Gears maps including Gridlock, Subway, Canals, Mansion, and Tyro Station.

The final pack is the Snowblind map pack with Underhill, Grind Yard, Courtyard and Fuel Depot along with Achievements. This is a lot of content to be enjoyed whether you're still playing on Xbox 360 or through Xbox Backwards Compatibility on Xbox One. I hope this game gets enhanced at some point and I'd love to see the other Gears of War games follow this route of free content. No reason not to with the old Xbox 360 releases.