It was definitely a different sort of year with CES 2021, being all digital in comparison to the usual in-person style that so many would be used to. I have to say that in general LG went above and beyond in comparison to anyone else I worked with at the event. They had a really dynamic, hands on sort of integrated online exploration area that you could travel through.

It kept resetting while in the TV area, but it was nice to explore and interact in this way. They also followed up with a special press briefing for asking questions, and getting an idea of the line-up which was very helpful. Keep in mind that some content here is given extra context from a Canadian perspective.

2021 TVs
I’ll start in this category by mentioning the LG OLED Falls, this is their latest fancy presentation of displays. It’s obviously a much cooler sight to behold in person, but they still presented it fairly well in a digital video way.

-LG Signature OLED R | 65R1
Finally rolling out, this feature Dolby Vision IQ and Dolby Atmos. It’s a self-lit OLED that rolls with three options including zero, line and full. It’s a 4.2ch 100W sound enabled option and ever so fancy, not available in Canada. 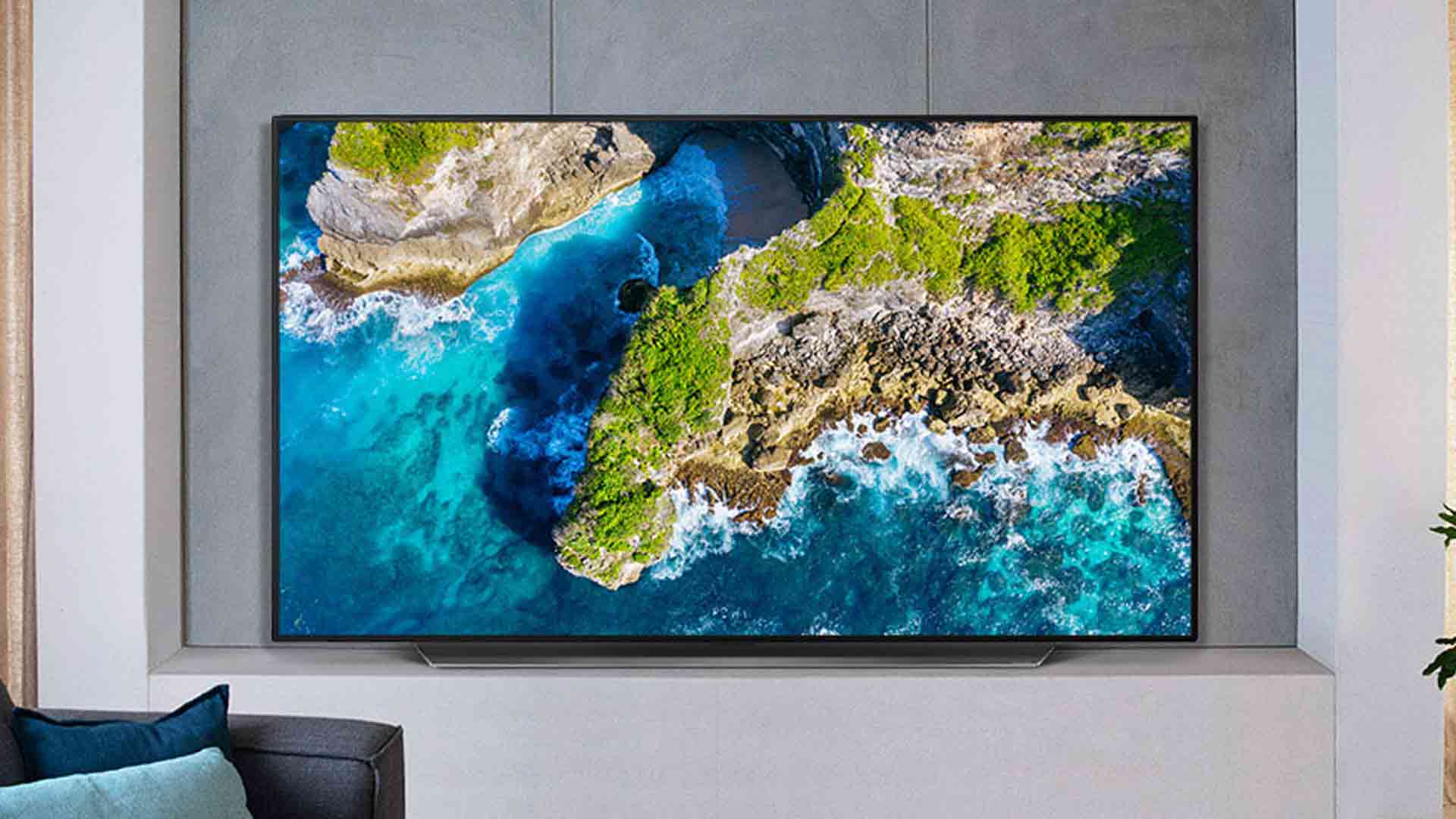 -48C1
In both 88” and 48” this is a self lit OLED with an a9 Gen 4 AI processor. It has some game features including NVIDIA G-Sync and Game Optimizer.

-88Z1
A self lit OLED with real 8k resolution, an a9 Gen 4 AI processor 8k with NVIDIA G-Sync and Game Optimizer.

-SP11RA
Meridian Audio, Dolby Atmos and DTS:X. This is 7.1.4ch with rear up firing speakers. This has Spotify Connect alongside some fun AI helpers such as Alexa and Google Assistant. Then there’s Apple Airply and its eco friendly with special resins and packaging. 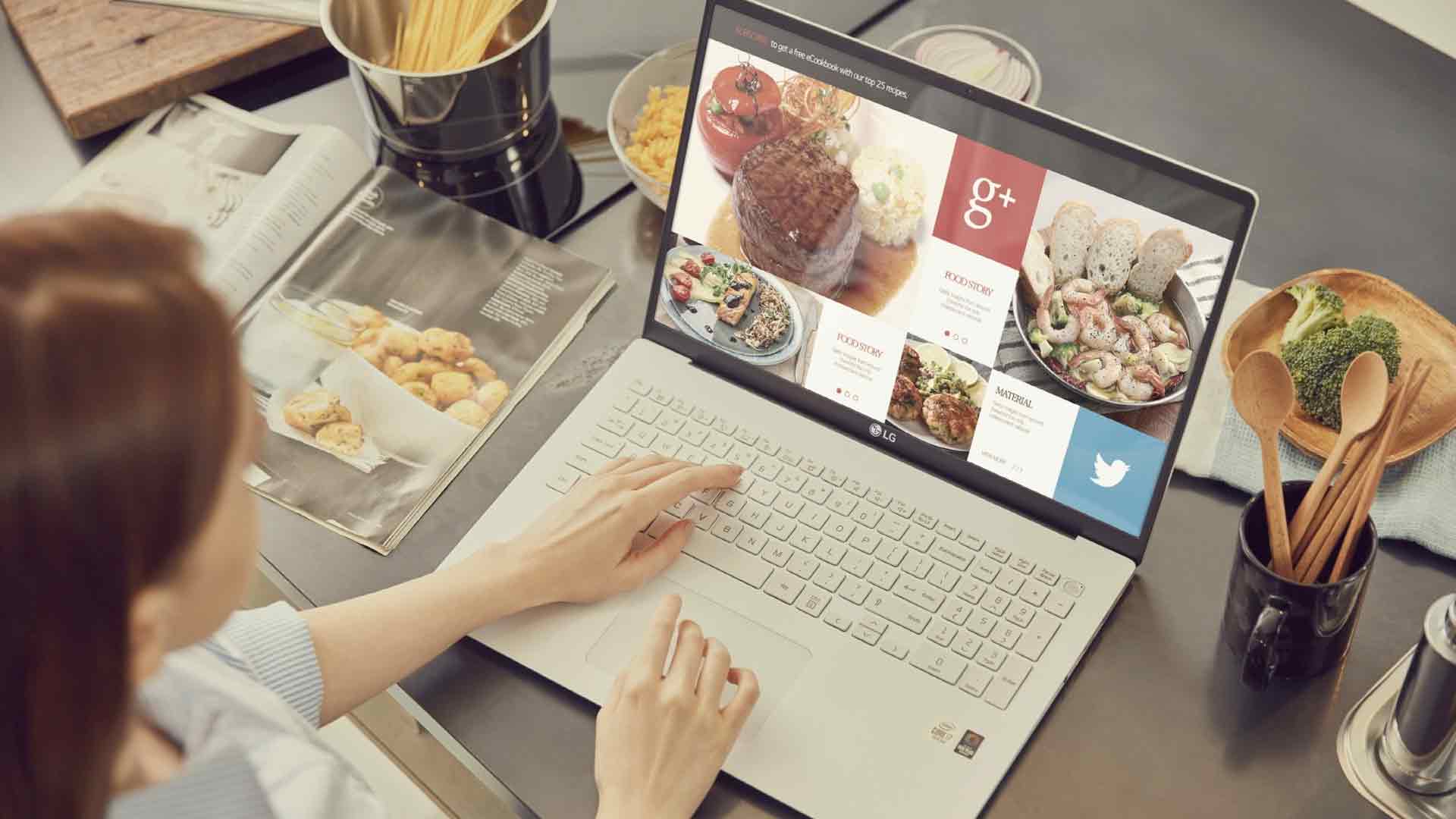 LG Gram
This is an ultra lightweight 17” option that features a 16:10 aspect ratio. It has 99% coverage of the DCI-P3 and a larger touch pad than ever before. It’s powered by an 11th gen Intel core processor with Xe graphics. The stereo speakers are with SmartAmp. There are new colors and the bezel is decreased too.

2021 Fridges
InstaView is back with edge to edge being the focus for a 23% larger presentation. There’s also now a UVNano water dispenser which cleans the area that hands touch when gathering water or dealing with that aspect of the fridge. Not to be confused with the much better concept of a water filter system that cleans itself like many, myself included thought.

This redesigned dispenser users UVNano technology nozzle wise to clean 99.9% of bacteria. Oh, and the best part is dual ice maker with craft ice is now six balls over eighteen hours instead of three based on an over the air update that’s now available on more fridge options in general.

2021 Stoves
Two quick knocks to check on food without opening now which is wondrous. It has an air fry setting without the need for pre-heating. The Air Sous Vide with preciously controlled low temps and airflow around vacuum sealed ingredients. Then there’s ThinQ, start the oven or set timers and more expanded options through extra menus from SideChef or InnitApps.

2021 Washers
The WashTower, a single unit design provides full size capacity in half the space. The centre control panel is positioned for easy reach. There’s an agitator option with specifically designed fins to create four ways wash action. Built in intelligence to give optimal washing performance based on fabric texture and weight. Smart pairing automatically selects drying cycle to match the wash cycle. The smart learner remembers preferred settings as well which is cool.

LG Wing
-This is a mobile phone solution that I found rather fascinating. It’s more focused towards content creators which is what I fit into. With that, I found this to be one of the most creative, if not the most creative element of CES 2021. I’ll first note that this won’t be in Canada sadly. That aside, it’s a Swivel based option.

It’s essentially a single traditional mobile device, that then slides over itself to become a “T” shape. It’s a 6.8” POLED FullVision display. It has a movie option for 21:9 aspect ratio viewing. The second swivel up provides a 3.9” GOLED second screen to use features such as a Gimbal Motion Camera, Dual Recording and more. This thing even has an ASMR mode, which is apparently coming to other phones in the line-up too.

It records at 4k 60fps and is stuffed with camera options. You’ve got a 32MP pop up camera at the top, then three options on the back. A 12MP ultra wide big pixel camera, one that’s 64MP that’s regular and then an ultra wide 13MP on the bottom. This also covers you for time, providing a 4000mAh battery. It’s really quite fascinating.

Anyways, that’s about all the details for LG CES 2021, hope you found this helpful for general details on what was shown at the event. More information can of course be found below.