The upcoming Netflix Canada January 2020 release schedule has been announced. These are all the big original exclusive series and movies from the streaming service for the month. They include a range of content from completely fresh concepts to exciting sequels for existing Netflix original releases. 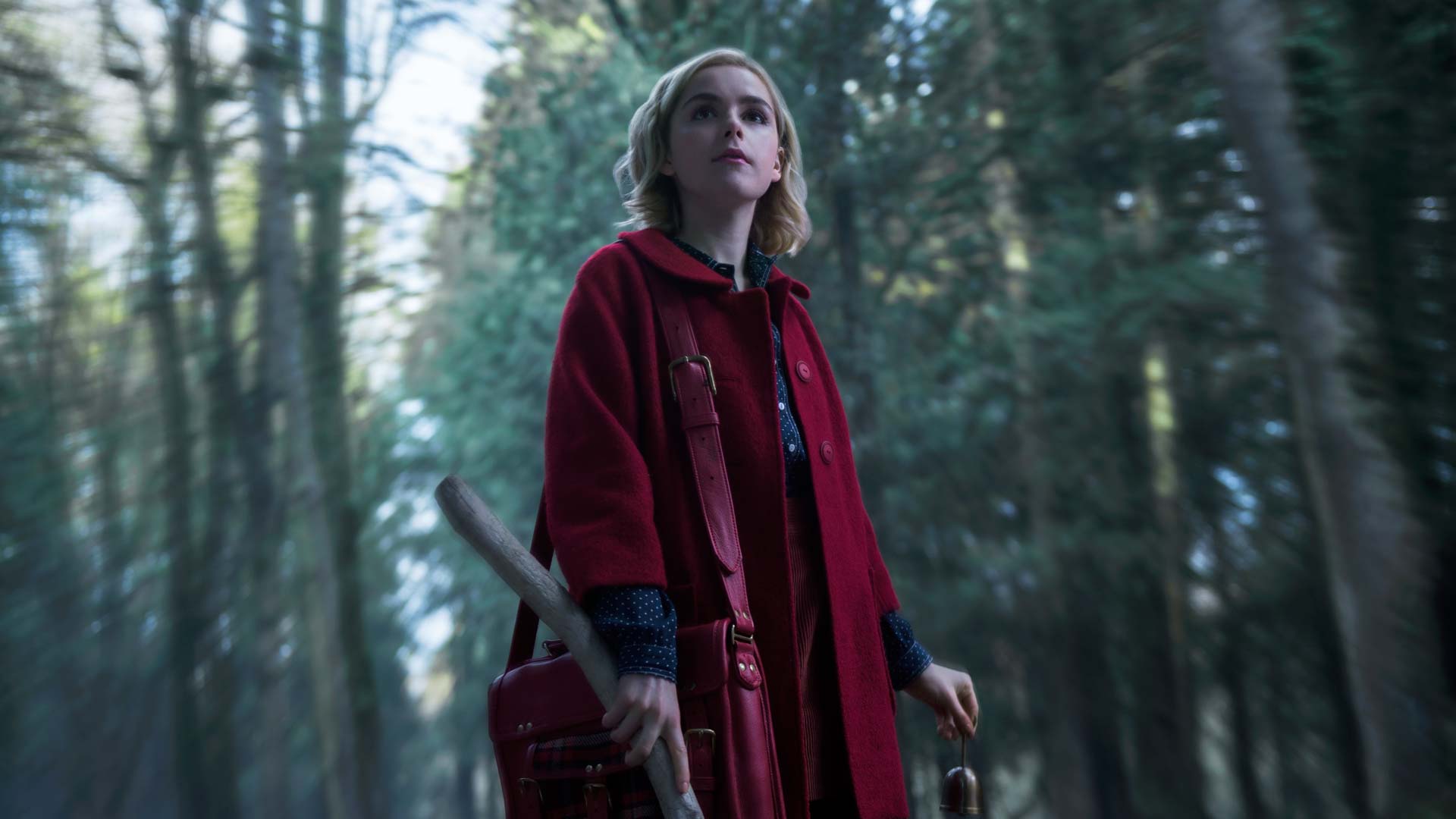 Original Series and Shows
Dracula (Unknown)
-From the makers of "Sherlock," Claes Bang stars as Dracula in this series inspired by Bram Stoker's classic novel.

Messiah (January 1)
-When CIA officer Eva Geller (Michelle Monaghan) uncovers information about a man (Mehdi Dehbi) gaining international attention through acts of public disruption, she begins an investigation into his origins. As he continues to cultivate followers who allege he's performing miracles, the global media become increasingly beguiled by this charismatic figure. Geller must race to unravel the mystery of whether he really is a divine entity or a deceptive con artist capable of dismantling the world’s geopolitical order.

The Circle (January 1)
-Welcome to the ultimate popularity contest. To win the cash prize, would you be yourself, a better version of yourself -- or someone else altogether?

Until Dawn (January 10)
-France’s funniest comics carry out ghastly tasks as they try to outlast -- and outwit -- one another while overnighting in famously haunted locations.

Grace and Frankie: Season 6 (January 15)
-Jane Fonda and Lily Tomlin are two women reinventing their lives in this funny and honest series.

Hip-Hop Evolution: Season 4 (January 17)
-Season 4 of the music series follows hip-hop in the U.S., showcasing the stories and sounds that shaped its history and culture

Sex Education: Season 2 (January 17)
-Otis Milburn, a socially awkward high school student who lives with his sex therapist mother, Jean. In season 1 Otis and his friend Maeve Wiley set-up a sex clinic at school to capitalise on his intuitive talent for sex advice. In season 2, as a late bloomer Otis must master his newly discovered sexual urges in order to progress with his girlfriend Ola whilst also dealing with his now strained relationship with Maeve.

Chilling Adventures of Sabrina: Part 3 (January 24)
-Chilling Adventures of Sabrina re-imagines the origin and adventures of Sabrina the Teenage Witch as a dark coming-of-age story that traffics in horror, the occult and, of course, witchcraft. Part Three finds Sabrina reeling from the harrowing events of Part Two. Though she defeated her father Lucifer, the Dark Lord remains trapped within the human prison of her beloved boyfriend, Nicholas Scratch. Sabrina can't live with herself, knowing that Nick made the ultimate sacrifice and is suffering, burning in Hell under Madam Satan’s watchful eye. So with an assist from her mortal friends, “The Fright Club” (consisting of Harvey, Rosalind, and Theo), Sabrina makes it her mission to free him from eternal damnation and bring him back into her arms.

The Ranch: The Final Season (January 24)
-This comedy series set on a ranch and starring Ashton Kutcher and Sam Elliott returns for its final season.

Next In Fashion (January 29)
-Next In Fashion is a high-stakes competition series featuring some of the world’s best and quietly innovative designers who compete for a chance to become the next big name in fashion. The series is hosted by fashion designer and TV personality Tan France (Queer Eye) and designer, model and global style icon Alexa Chung.

Bojack Horseman: Season 6 (Part B) (January 31)
-BoJack inches his way toward redemption as a stint in rehab forces him to confront his mistakes and start making amends.

Tyler Perry's A Fall from Grace (January 17)
-Grace Waters (Crystal Fox), a longtime pillar of her Virginia community, stays composed when her ex weds his mistress and her son moves away. With convincing from her best friend Sarah (Phylicia Rashad), she tries putting herself first, and a handsome stranger (Mehcad Brooks) becomes her surprise second love.

Uncut Gems (January 31)
-With his debts mounting and angry collectors closing in, a fast-talking New York City jeweler risks everything in hopes of staying afloat and alive.

Anime
NiNoKuni (January 17)
-High school colleagues Yuu and Haru travel between the real world and a parallel fantasy universe to help their friend Kotona, whose life is in danger.

Documentary
Nisman: Death of a Prosecutor (January 1)
-This series follows a prosecutor who investigated the biggest attack against a Jewish community outside Israel since World War II -- and met a violent and mysterious death.

Cheer (January 8)
-From the team behind Last Chance U, Netflix’s documentary series Cheer follows the competitive cheerleaders of Navarro College in Corsicana, TX. Led by Monica Aldama, the small junior college has won 14 National Championships since 2000. The stakes on the mat are high, but for these athletes, the only thing more brutal than their workouts and more exceptional than their performances are the stories of adversity and triumph behind the team members themselves.

Pandemic: How to Prevent an Outbreak (January 22)
-The six episode docuseries explores the ways influenza evolves and how prepared humans are -- or aren’t -- for the next devastating global outbreak.

Night on Earth (January 29)
-From the award-winning producers of "Planet Earth II," "Life" and "Blue Planet," this stunning natural history series reveals the wonders of the nocturnal world.

Harvey Girls Forever!: Season 4 (January 10)
-A robot band, a pirate adventure ... and a run-in with a friendly ghost? Just another season on Harvey Street, where every day's out of the ordinary.

The Inbestigators: Season 2 (January 10)
-Who? When? Where? These school-age sleuths ask smart questions -- and they always solve the case! When crime strikes, call the Inbestigators.

Kipo and the Age of Wonderbeasts (January 14)
-“Burrow girl” Kipo’s life turns upside down when she surfaces in a wild world of mutant creatures. She’ll need all the help she can get to go home.

Family Reunion: Part 2 (January 20)
-This sitcom about a Seattle family who must readjust to simple living in Georgia returns for its second season.