The adventure continues as the Dark Heart of Skyrim year-long interconnected story has begun. The Elder Scrolls Online: Harrowstorm releases for PC on February 25, 2020 with the Xbox One and Playstation 4 release being March 10, 2020.

This will setup the Greymoor Chapter and features two challenging new dungeons, Unhallowed Grave and Icereach, as well as free performance improvements as part of base game Update 25. 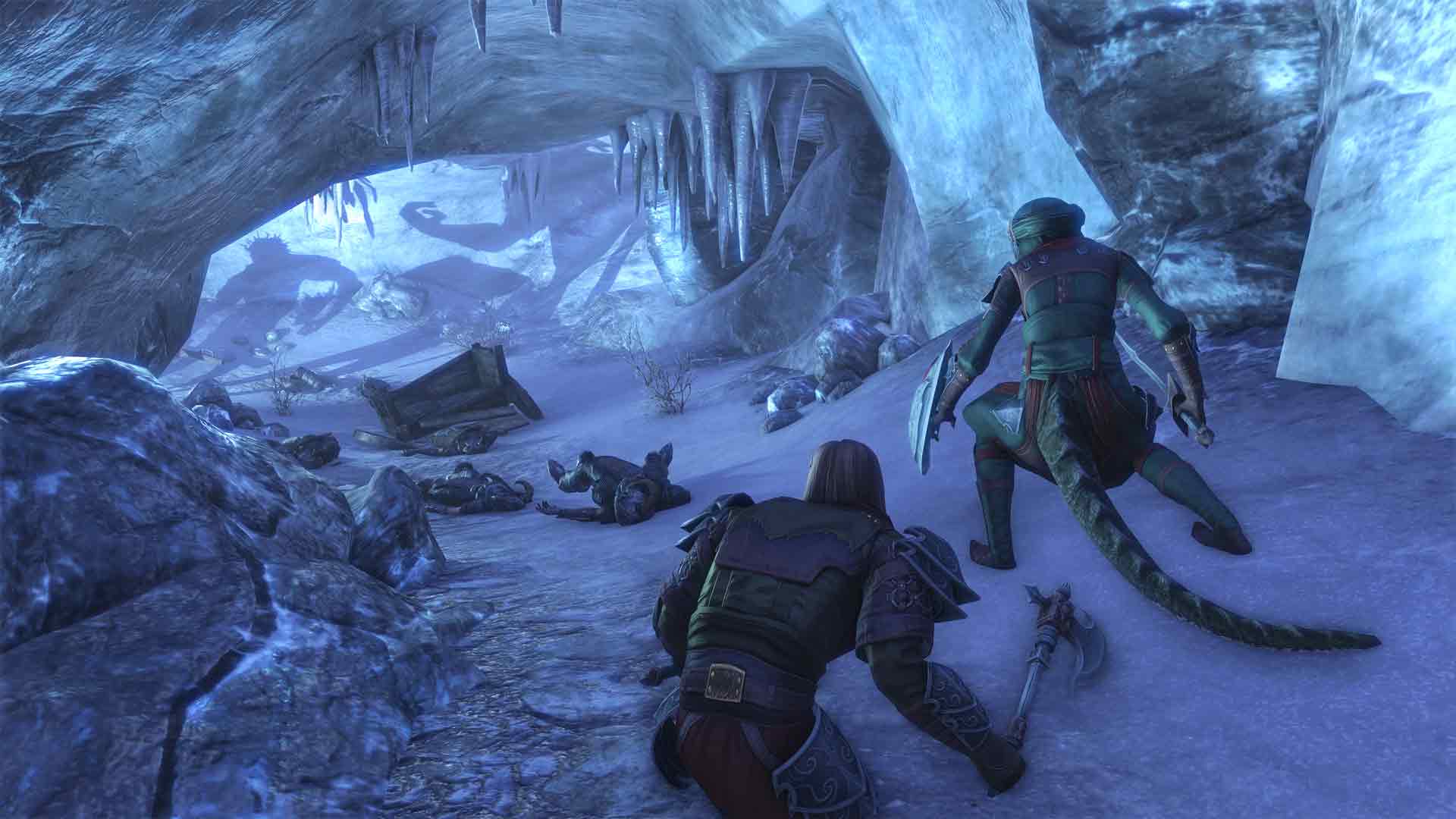 Harrowstorm dungeon DLC: Unhallowed Grave and IcereachIn Unhallowed Grave, raiders and grave robbers have forced their way into an ancient burial site in Bangkorai seeking an ancient power that has remained imprisoned for centuries. Players must enter a long-forgotten tomb, uncover the reasons for the crypt’s invasion, and put a stop to the invader’s plans before it is too late.

Skyrim’s northern coast is beset by a terrible, supernatural storm whose origin appears to be the island home of a powerful coven of witches. Players travel to Icereach to confront the witches and stop their deadly ritual before it brings ruin upon all of Skyrim.

Update 25: Improvements (free base-game update)Performance fixes for all ESO players that improve load times, framerates, and more. This is only the first step in improving framerate for all ESO players!This update also implements a massive patching overhaul for the ESO game client, changing the way the game is downloaded, patched, and stored. This change dramatically reduces the amount of space ESO takes up on a player’s hard drive. ALL ESO players will have to re-download the game client upon the launch of Update 25. Players will receive a free Crimson Torchbug pet for reinstalling ESO!

Harrowstorm is only the beginning of the Dark Heart of Skyrim yearlong adventure. Coming in May for PC/Mac and June for consoles is ESO’s Greymoor Chapter. Greymoor brings players to Western Skyrim, the frozen homeland of the Nords, and the long-forgotten Blackreach cavern—expanded from what players originally explored in The Elder Scrolls V: Skyrim—to fight sinister monsters while unlocking the secret of the Dark Heart of Skyrim.

Read our review of the Murkmire DLC below, or check out our general hub for the franchise below for additional coverage.