The Xbox build towards the New Year sale is now live, or well the Xbox Countdown Sale 2020 is kicked off and we thought it was best to compile some top recommendations. With there being a plethora of somewhat festive games, here are the best deals and in general the best games you should be checking out on Xbox consoles.

We've also taken the time to label games if they're Xbox Series X Optimized or Xbox One X enhanced for the platforms. This is a great sale and we hope that the recommendations for this Countdown sale selection are quality. If you're purchasing any of the games please do so through our link as its affiliate based.

Clicking the game title will take you do the page in your region so no extra tweaking is needed. All prices are in USD pricing, prices will change with your region just by clicking the link. If we missed any great Xbox Countdown 2020 games let us know! Again, the links are affiliate based. 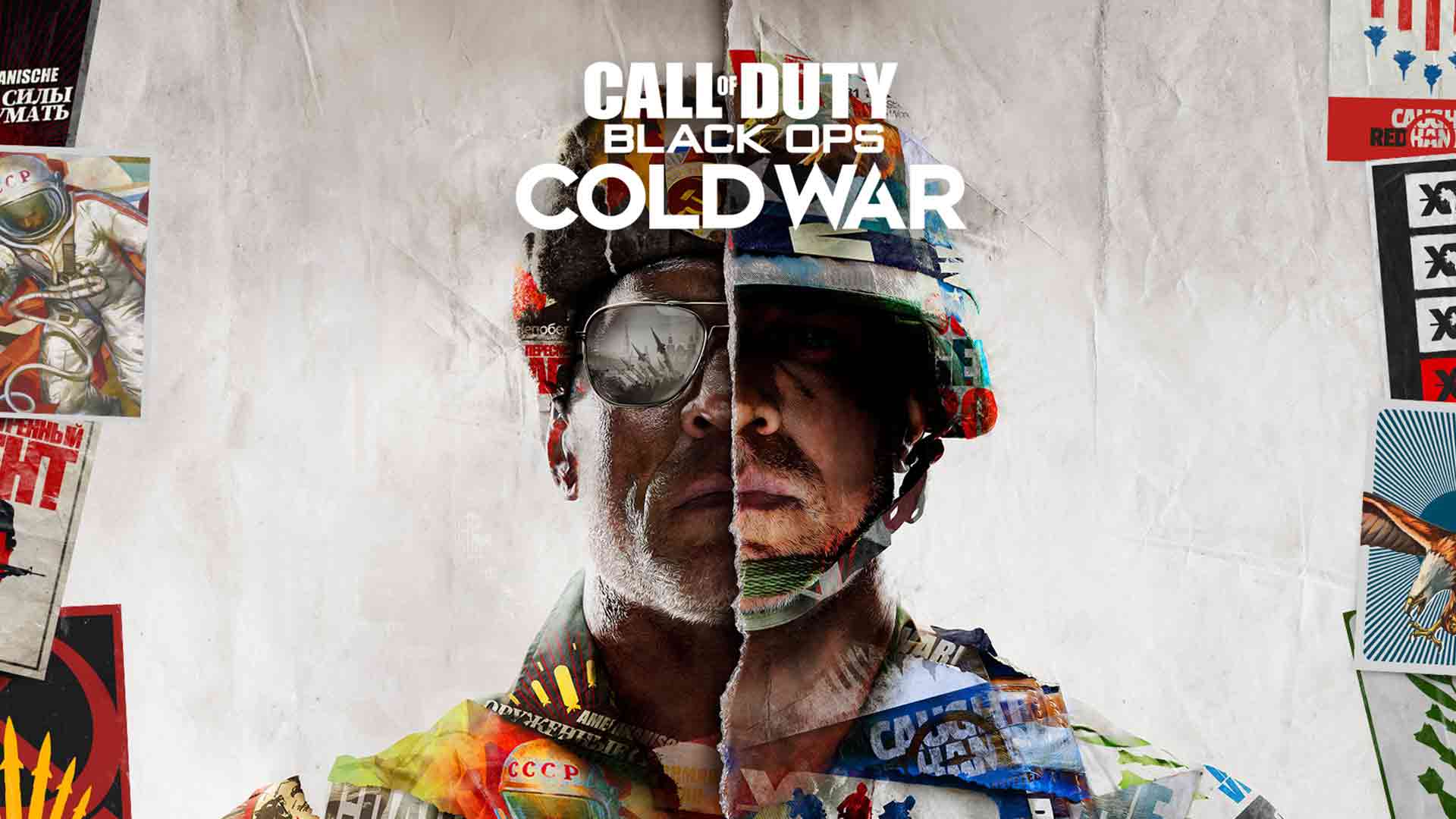 Xbox Series X/S & Xbox One
A Way Out "Enhanced" ($7.49)
-The ultimate cooperative venture as you try many ways to escape from jail, together.

Abzu ($9.99)
-This is a lovely water based adventure that's filled colorful fish and fairly simplistic things to do.

Ark: Survival Evolved "Optimized, Enhanced" ($9.99)
-An expansive dino and larger monster survival game where other players could be a problem too.

Assassin's Creed: Valhalla Gold "Optimized, Enhanced" ($74.99)
-The latest adventure takes you to fresh shores as you expand your viking empire and control over new territory. There are multiple versions on sale.

Battlefield V "Enhanced" ($11.99)
-The latest entry in this well known franchise, it has been given some updates.

Battletoads "Enhanced" ($9.99)
-The toads are back, for local coop and weird mini games.

Borderlands 3 "Optimized, Enhanced" ($19.79)
-The latest entry in the series brings the story forward against new enemies in a full solar system.

Bioshock: The Collection ($9.99)
-A few incredible games come together to provide one seriously legendary package.

Call of Duty: Black Ops Cold War Optimized, Enhanced" ($55.99)
-The cross-gen version gets you ready for next gen in the latest Black Ops title with Cold War added to it.

Cities Skylines Mayor's Edition ($24.99)
-You get this amazing city building game alongside a pile of DLC to expand the experience further.

Control Ultimate Edition "Optimized, Enhanced" ($19.99)
-This comes with our 2019 Game of the Year and all DLC, it's an incredible story driven experience.

Cuphead ($13.99)
-Stunning art moments come together for some rather hardcore platforming situations and boss battles.

Civilization VI "Enhanced" ($19.79)
-Taking one more turn has never been so addicting.

Dishonored Complete Collection "Enhanced" ($23.99)
-All of the creative games in one package of stealth or intense action. 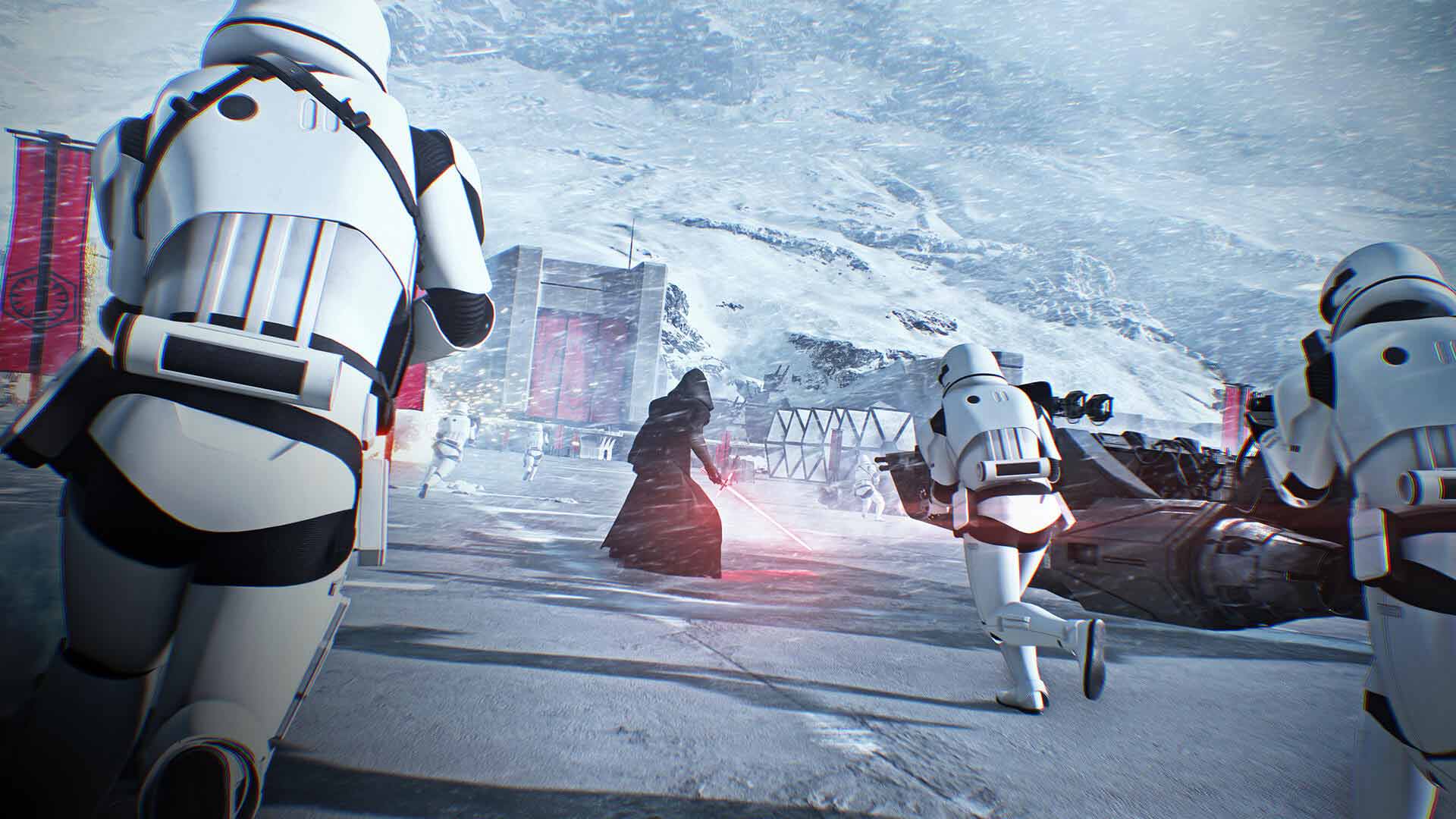 DayZ Livonia Edition ($41.24)
-Open world zombie survival game where other players are there too, this bundle has the DLC content too.

Dead by Daylight "Optimized, Enhanced" ($11.99)
-The ultimate horror clash where four survivors take on one powerful killer in many situations and setups.

Destiny 2 Beyond Light + Season "Optimized, Enhanced" ($11.99)
-The latest Destiny 2 expansion plus the season content that follows it.

DOOM + Wolfenstein II Bundle "Enhanced" ($16.19)
-Two games in one cheap bundle pacakge. The thrills of the newer DOOM and this Wolfenstein sequel.

DOOM Eternal Deluxe "Enhanced" ($29.69)
-Time to mash some more Demons in this latest release in the series.

The Elder Scrolls Skyrim Special Edition ($15.99)
-Skyrim never will leave you alone, this is a special updated version of it.

Fallout 4 GOTY "Enhanced" ($19.79)
-The full experience, all of the DLC and all the mods, it's a great time. Just remember to find your son, if you have time.

Gears 5 "Optimized, Enhanced" ($9.99)
-A larger campaign than ever before, more intense multiplayer and updates to support the series.

Gears of War: Ultimate Edition ($9.99)
-Join Delta to fight back against the Locust horde in this first entry that has been greatly improved upon.

Halo: The Master Chief Collection "Optimized, Enhanced" ($23.99)
-The collection of legendary Halo titles, all upgraded and enhanced in one mega package.

Halo 5: Guardians "Enhanced" ($9.99)
-Two squads face off as The Master Chief decides to take action in a situation by himself.

Hitman 2 Gold "Enhanced" ($14.99)
-Welcome to another level of world assassination as you discover unique locations.

Hunt: Showdown "Enhanced" ($13.19)
-Battle others while also hunting creatures in this rather grim sort of multiplayer game.

Immortals: Fenyx Rising "Optimized, Enhanced" ($66.99)
-This is a very mythical and exciting open world RPG from Ubisoft featuring the gods.

Just Cause 4 Reloaded "Enhanced" ($9.99)
-It's honestly a lot of fun if you just like blowing things up, or attaching them to grappling hooks to blow them up (shrug emoticon).

Kingdoms of Amalur Re-Reckoning ($23.99)
-Dive back into this wild RPG that has such a strange behind the scenes attached to it.

Kingdom Come Deliverance ($11.99)
-Become a knight and a general hero for all of the people from a humble start.

LEGO Marvel Collection ($11.99)
-All of the LEGO Marvel games in one remarkable package which is great. 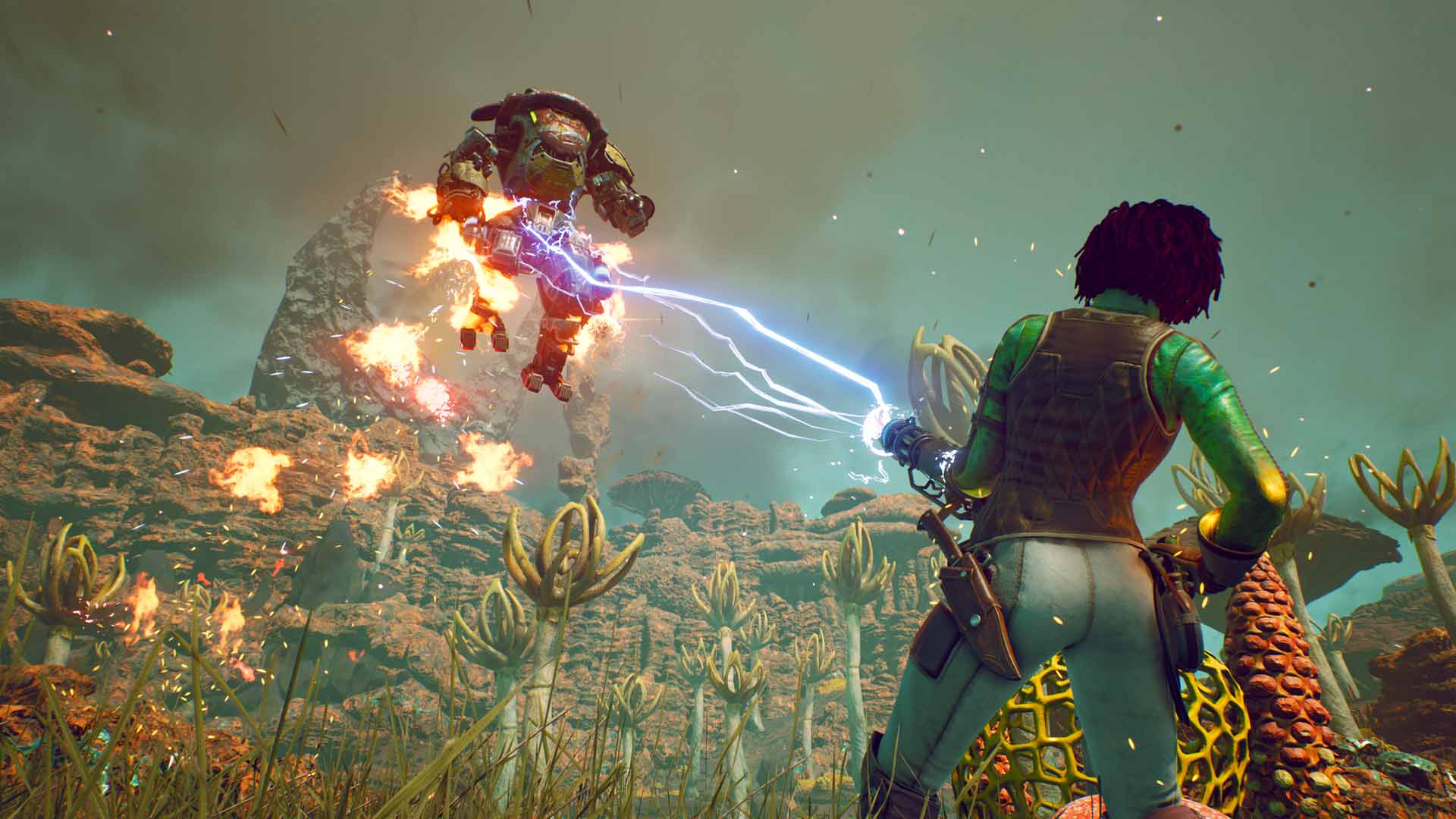 Life is Strange 2 "Enhanced" ($12.78)
-The entire season where two brothers deal with a power and try to escape the United States.

Marvel's Avengers "Optimized, Enhanced" ($29.99)
-Earth's Mightiest Heroes split, and are then brought together by one younger hero.

Mortal Kombat 11 "Optimized, Enhanced" ($14.99)
-This is one large roster of characters ready for a rather gruesome battle of a situation.

Need for Speed Heat Deluxe "Enhanced" (34.99)
-The latest take on the series brings both day and night racing as you battle for cash or glory.

Ori and the Will of the Wisps "Optimized, Enhanced" ($14.99)
-One hardcore, yet absolutely beautiful platformer that continues to deliver.

Quantum Break "Enhanced" ($9.99)
-A thrilling narrative driven adventure from Remedy, time is everything.

Resident Evil 3 Remake "Enhanced" ($19.79)
-The third entry is back, bringing one intense main foe to tackle and intense visual upgrades.

Resident Evil 2 Remake "Enhanced" ($15.99)
-Welcome to the thrills of battling through this zombie infested place again.

Resident Evil 7 ($9.99)
-Jump into the first person perspective for some serious scares.

Saints Row The Third Remastered "Enhanced" ($19.99)
-Pal up with the Saints once more for this remastered effort that's stuffed with content to enjoy.

Shadow of the Tomb Raider Definitive "Enhanced" ($14.99)
-Lara Croft works out and decides to go into the jungle to fight Trinity, the conclusion of her origin trilogy.

Spyro: Reignited Trilogy "Enhanced" ($13.99)
-Spyro came back, looking better than ever and the games are awesome.

Star Wars: Battlefront II "Enhanced" ($7.99)
-Look, they've fixed things and have given you many Clone Wars planets, grab this before the third one.

Star Wars Squadrons "Optimized, Enhanced" ($23.99)
-Fly high in the space skies as you battle for either side of the factions.

Stranded Deep ($12.99)
-You've crashed on an island, try to survive and escape this situation.

Tales of Vesperia: Definitive Edition "Enhanced" ($12.49)
-This is a classic sort of JRPG experience bringing a wide range of unique characters and action.

The Outer Worlds "Enhanced" ($23.99)
-This is basically Fallout, but in space and a ton of fun for an epic RPG.

The Walking Dead Complete ($29.99)
-All of this incredible narrative driven adventure that follows one strong girl through her life in the zombie lands.

The Witcher 3: Wild Hunt GOTY "Enhanced" ($14.99)
-The best game of the generation, still. With all of the great content.

Titanfall 2 Ultimate Edition "Enhanced" ($4.49)
-Story and epic multiplayer come together for this exciting Titan based shooter.

Tomb Raider: Definitive Edition ($2.99)
-Lara Croft's rebooted adventure got a massive boost in quality with this next generation release.

Watch Dogs: Legion "Optimized, Enhanced" ($29.99)
-This brings an open world London to explore as you battle back to take the city from the controlling group.

Wasteland 3 "Enhanced" ($38.99)
-An intense game of strategy and some rather hilarious but gruesome situations. 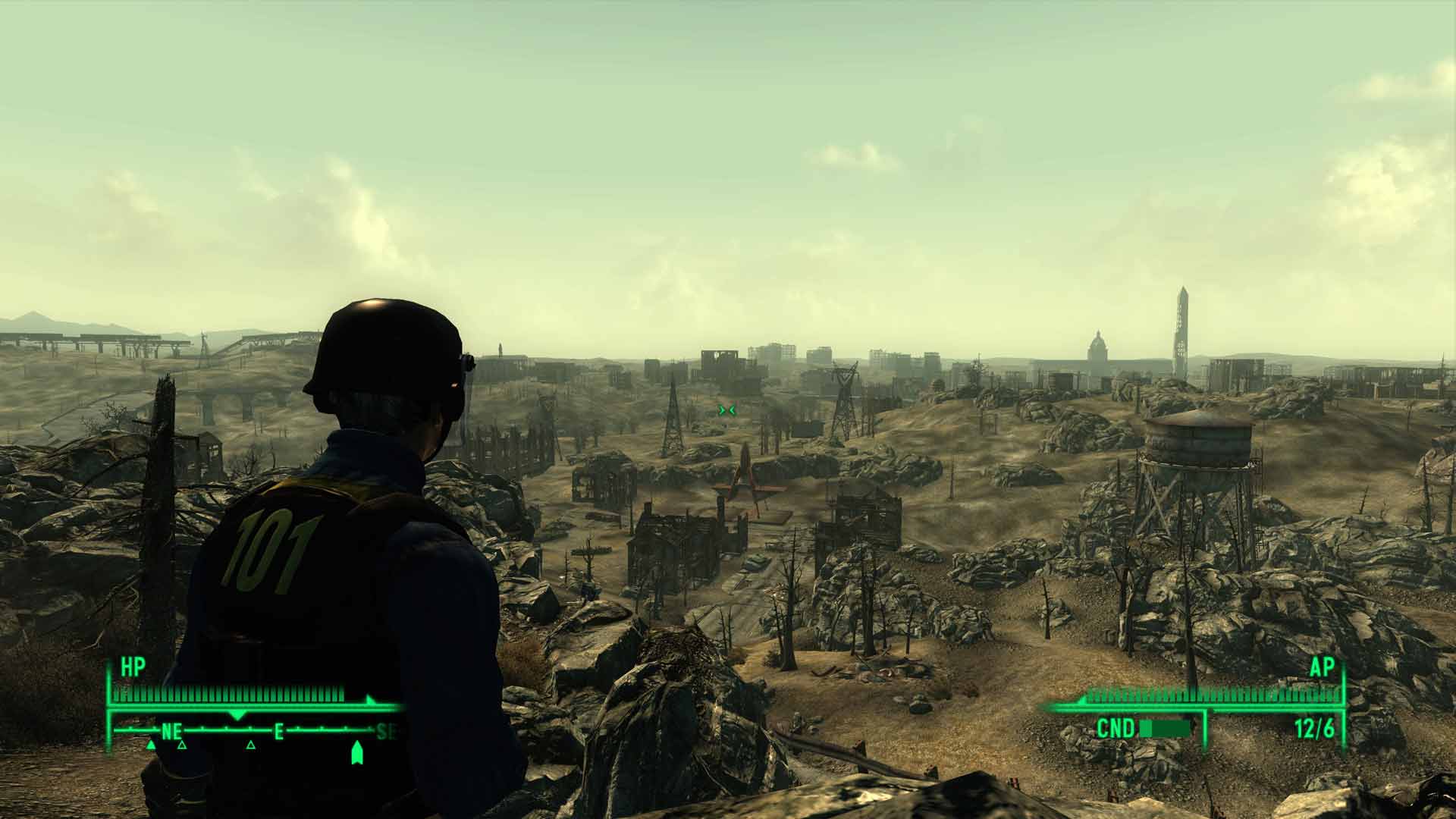 It’s exciting to see these sale options become available throughout the year at various time points in order to save you money. I hope you found this to be a helpful selection of what’s out there as the library sales continue to balloon in terms of options. This is the Xbox Countdown Sale 2020 Xbox Recommendations list to love. You can read a review below as well, or check out the platform hub for further coverage.