Gears of War 4 wasn’t necessarily a surprise entry in the series, but it did do a good job of continuing the franchise with a new team at the helm. It definitely expanded the scope of the games, and presented it as a main showcase of what Xbox was heading towards. This was in regards to the early enhancement for the Xbox One X featuring 4k, HDR and Atmos support, the Xbox Play Anywhere feature as well as the games as service model in its full design. This in turn provided a digital title with full cross-play options and a definite showcase of what the platform was heading towards.

Gears of War 4 released in fall 2016 for Xbox One and Windows 10 PC platforms. The title was developed by The Coalition, a new studio built and set up around the franchise being published by Microsoft. Being a games as service the title continued to get new content, updates and special events right up until just before the release of Gears 5. It became a very full experience featuring tons of extra content to work towards online, many modes and a pile of multiplayer maps with the extra maps having been stopped after the first year of the game’s initial release. 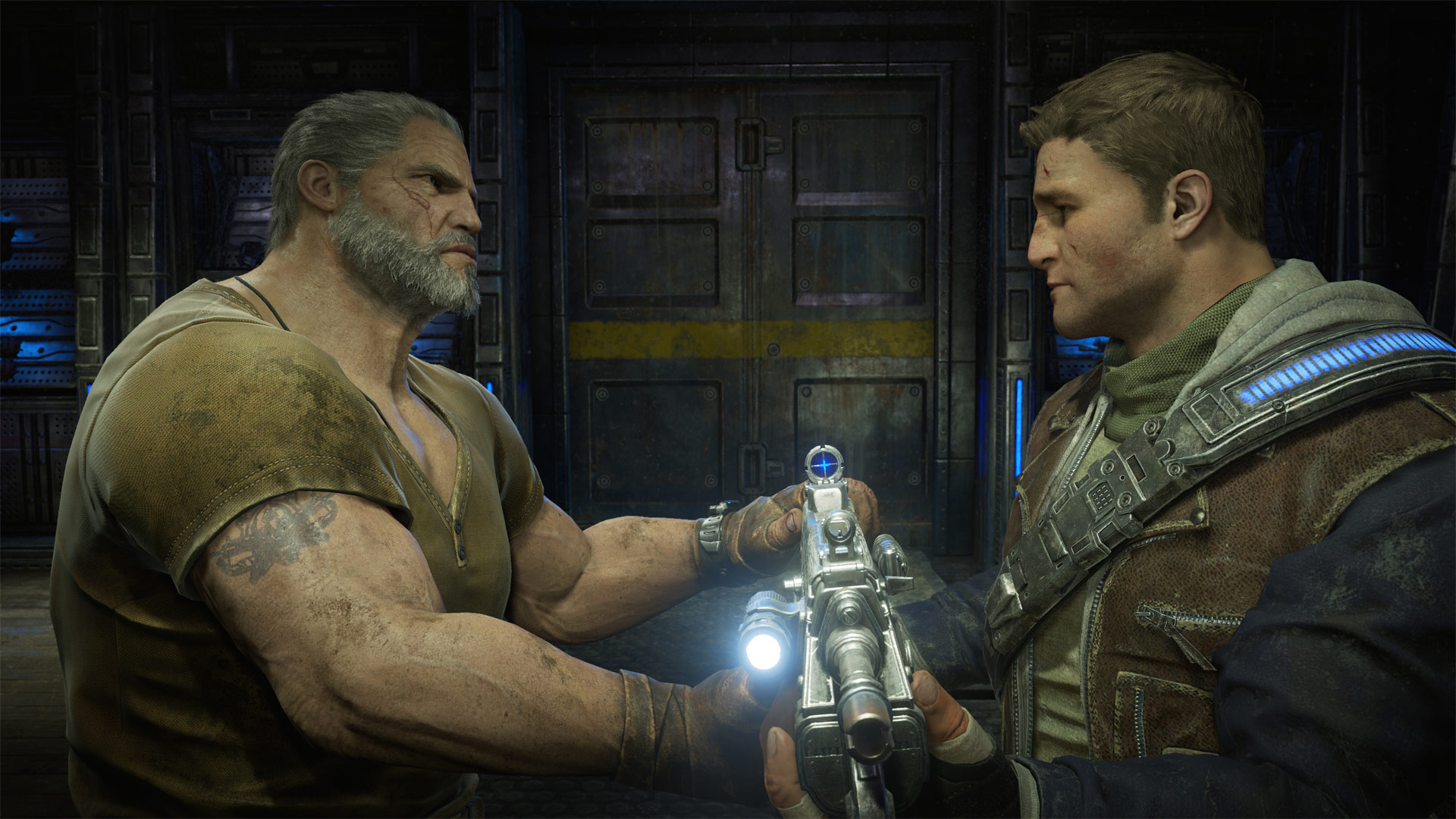 I personally played just a ton of this game, achieving the tenth re-up and hitting other milestones in regards to the various achievements it had. There were just a ton of Xbox achievements added over its lifespan and it got rather ridiculous quite honestly. That aside, they always had neat unlockables to work towards and it’s shocking that the game’s support lasted until the next main entry released. This was a very full release, having an expansive campaign for the next generation of characters along with a larger Horde mode and an expanded multiplayer versus.

The campaign took place a couple decades after the last ended and was set on a more destroyed Sera. Things aren’t good on the planet in this, as Windflares cause mayhem on the surface. The story largely follows the son of the series’ main protagonist Marcus Fenix, with the kid being JD Fenix. He’s joined by a close childhood friend named Del, and Kait who is an outsider. The three are a squad and have to deal with a new threat to humanity. That of course turns out to be the Swarm, which are basically new Locusts. They just have some new monstrous toys and such, most just have gems on their backs.

The Horde mode built upon the construction elements of the previous entry, going further and being more dynamic. There were classes, really wild waves to deal with and some variety if you’re a fan of this cooperative option.

The final aspect of the experience was the multiplayer, with free extra maps afterwards. This wasn’t hugely liked by those that bought the season pass, but I’m sure many have forgotten that over time. There were also some rather intense loot crates at launch, but those were eased over the span of the game’s run. They even went back to straight up purchase options at the end of it. There were many premium things to collect, and this had one expansive multiplayer. The inclusion of Escalation was a rather big deal competitively as that became the mode of choice, replacing Blitz from Ultimate Edition.

There were many aspects of the game to enjoy, and work through. It felt familiar, while still evolving the series forward. It really was a technical feat for the platform, and had all of the new features that have become more standard for first party Xbox titles going forward. It’s certainly worth checking out if missed, being on the Xbox Game Pass service and available on console or PC for playing. Definitely a worthwhile title in the overall franchise, a turning point towards the future of the series.