The Bay is your typical UK crime drama... and that’s what kept me watching. The main character D.S. Lisa Armstrong (Morven Christie) a family liaison officer is shown to be relatable as we see her overindulge in a night of alcohol, karaoke and a brief sexual liaison with a stranger that will impact her career.

The show follows the mystery of missing teenage twins Holly and Dylan Meredith which quickly becomes a murder case. Lisa has been assigned as the families’ caseworker along with Med your typical rookie officer and she’s tasked with showing him the ropes.

The tragedy really hits home for Lisa when she learns the twins’ “father” was the stranger she had sex with at the bar. We watch as a modern family relationship starts to unravel during questioning and Lisa attempts to cover up a regrettable evening.

The series presents a few diverse suspects all with relationships to the twins including learning disabled Nick, a step dad and a birth father. It seems that so many people in this small town have something to lose or gain in relationship to the disappearance and murder. Lisa also has problems of her own at home she’s a single mom of 2 teenagers that are easily misled by people that may have a connection to the murder.

The son is stealing and being blackmailed, the daughter is involved with drugs and an infatuation with an older man. This subplot with Lisa’s kids (Abbie and Rob) feels a little bit of a stretch as they both appear to not realize the potential consequences of their actions even though their mother is an officer. It seems everyone in this show has issues and some kind of a relationship to the murder showing how closely intertwined people in a small town can be.

Throughout the series we’re reminded of the modern day problems caused by mixed families, money problems and drugs. This creates an interesting though familiar story line which coupled with the Bay as a backdrop, some interesting camera angles and a haunting soundtrack makes for an enjoyable watch. I’m hoping for a second season to see how Lisa manages the consequences of a crazy night out on the bay.... 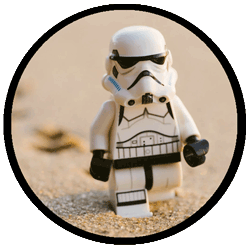