I was invited to check out the Google Playground event at CES 2020 where they discussed a number of new additions to their Google Assistant. Being available in more than ninety countries and reaching more than five hundred million people every month tons of new devices are providing support for this voice assistant. The first tweak is that they’ve found a new way to get additional devices hooked up faster through a “suggestion button” with just a few taps to setup the device.

Scheduled Actions will be arriving later in 2020 where you can ask the Assistant to turn on/off or start/stop for any compatible device at the time of your choosing. You can say “Hey Google, run the coffee maker at 6am” from the Google Home app to control devices from one place. Household Notes will allow you to create sticky notes for others to be displayed across various devices. There’s also a speed dial option to quickly connect with your household contacts. Both of the last two features will roll out later in the year as well.

Advanced speech technology will allow more natural communication and device reading. This sounded great at the event coming across as closer to being natural in expression. It can additionally break down areas and also translate content into forty-two languages. The final note is privacy is getting a bit more of a focus. You will be able to erase what’s been said, understand what’s been collected and now by default they won’t retain your audio recordings. 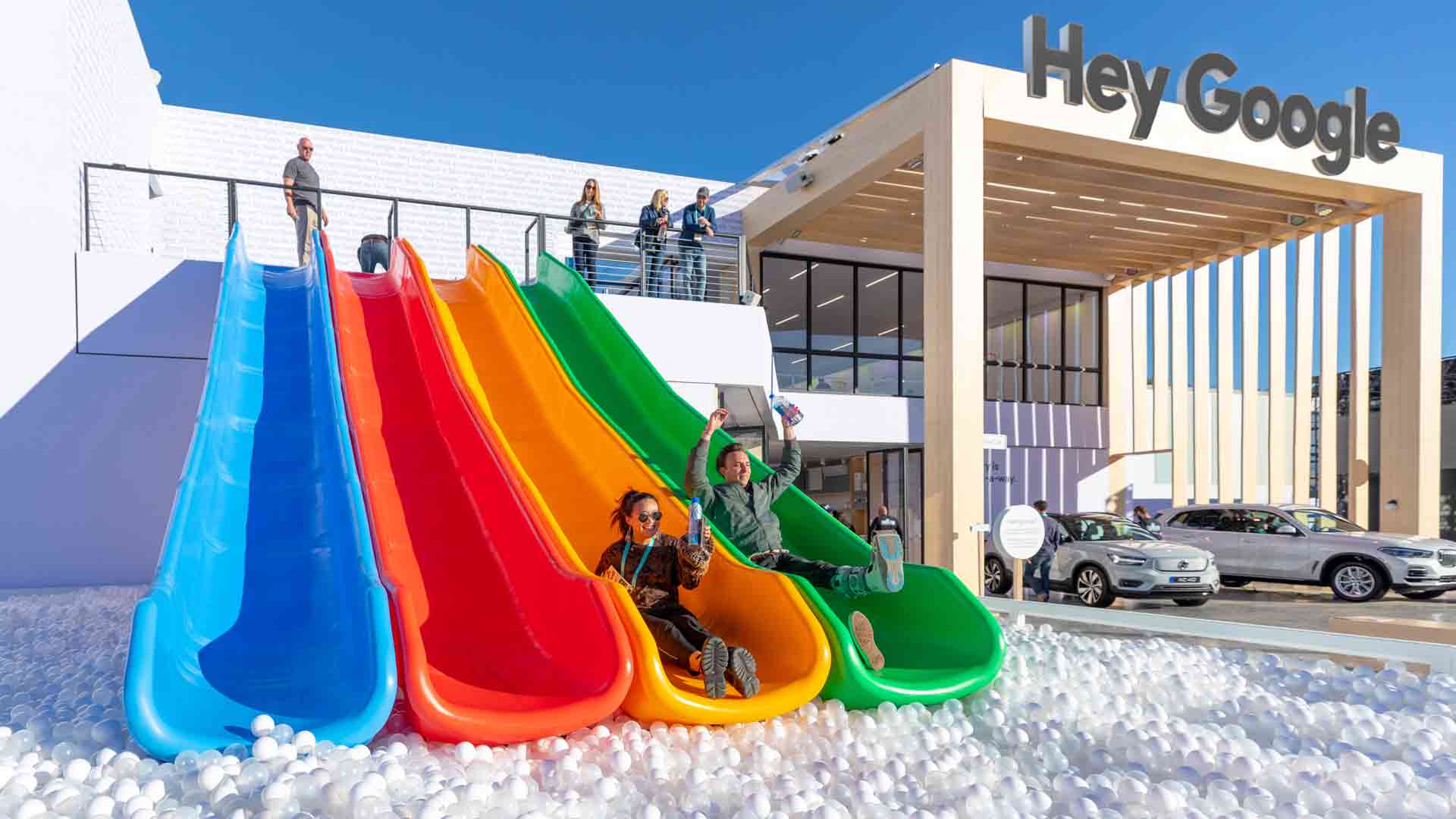 I was then able to browse some of the devices they wanted to highlight that supported the Assistant. There are a pile of devices at this point, but that was already apparent throughout the CES show where anything with voice support basically allowed integration with the Google Assistant. Moving past that, I was also able to visit their fun stuff of which they had a couple neat activities. The first was a special tour that took about fifteen minutes.

You're in a group with number tokens, and these will be the order for which you'll answer prompts that pop up. It's a mission to get your life running better using the Google Assistant and it's basically a whole day in the life. You'll drive as a group, I was the driver which was fun and then there's a dinner crisis. You need to prepare the food and its epic quite honestly. You get a desert after completion and are sent on your way. I had some time after during the press time so I went and slid down their intense slide.

It shot out a gif to use and I've included that below to see. It was fun, wasn't expecting how hard the balls would be to escape afterwards however so that was interesting. Mix that in with some fatigue and it was quite an undertaking. While the news wasn't anything too intense aside from integration and some advancements in privacy they did have some fun things to do. There was also a Gumball machine across the street which I ended up only viewing from afar. You can check out what else we visited at the show through the general hub for this year below, but also be sure to check out our review of the Google Pixel 4.


Was able to attend the #HeyGoogle event this morning at #CES2020 pic.twitter.com/7TMRCkM5lE