Dave: Dead by Daylight (DBD) is an intense asymmetrical horror game of cat and mouse in which four survivors are trying to escape a fifth player who assumes the role of a terrifying killer.

DbD is a love letter to the horror genre, mashing up a wide variety of characters, themes, and horror fantasies into one nerve-wracking experience. What’s the most interesting to me is how each match as a unique DNA and creates surprising emergent scenarios.

With the Cursed Legacy chapter having just been released, what’s new in this latest expansion to Dead by Daylight?

Both characters bring new perks to each role’s respective roster, adding synergistic options to the players’ builds and strategies. Along with the chapter comes a new map available to all players, the second area in the game Japanese set: the Yamaoka Estate. 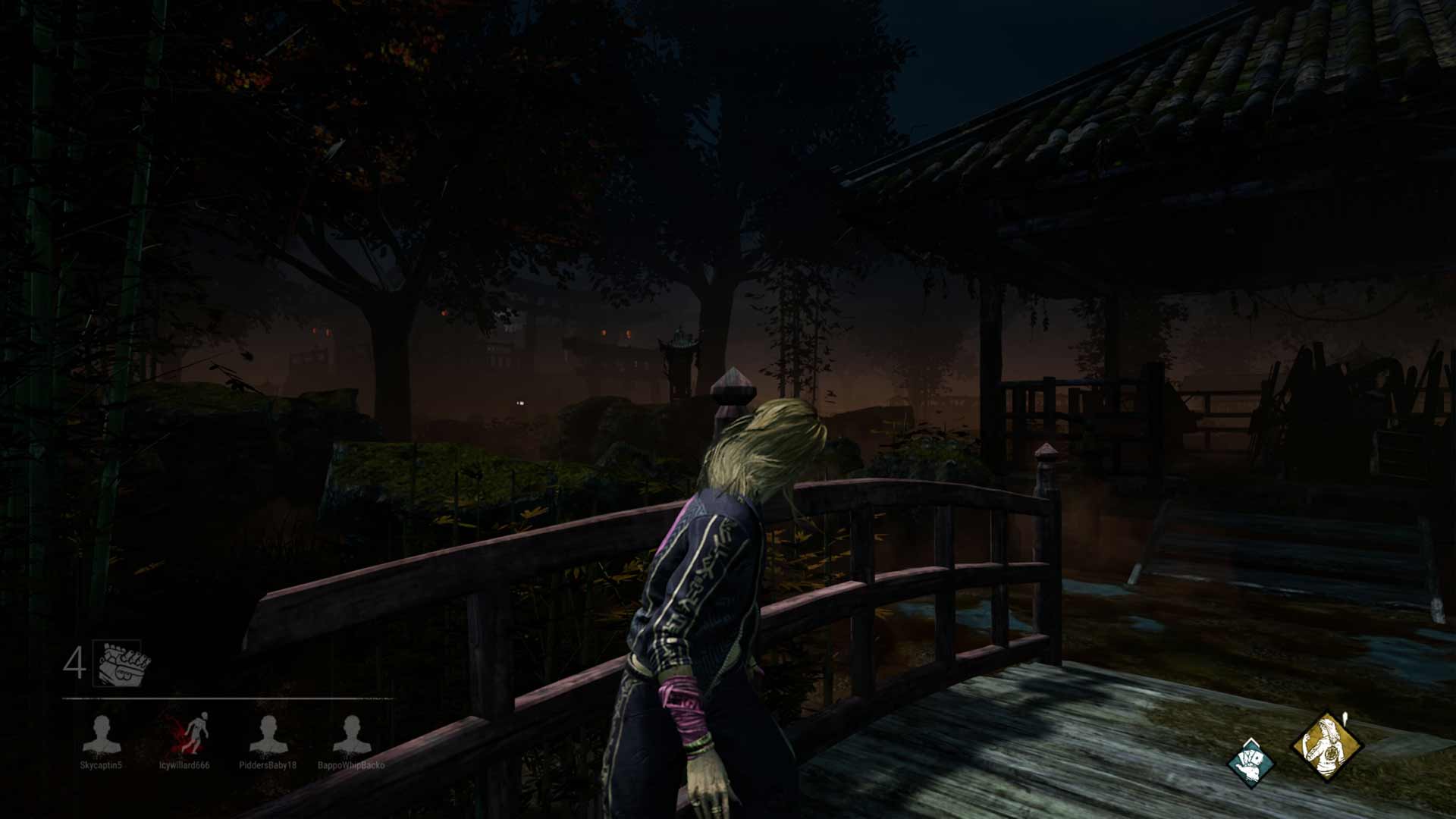 The Oni is a really interesting killer, are there any specific inspirations for this character and could you tell us a bit about his signature abilities?

Dave: We planned for this killer quite a long time ago! I really wanted to explore Japanese folklore and horror themes. After spending some time researching, I realized that a tortured spirit was the best place to start. During the storybuilding of the Spirit, we realized that the family aspect of her story was fascinating and unique, so we decided to foreshadow the story of another killer that we could do down the line, the ancestor. A year later, the timing was right to create The Oni.

The inspirations for the Oni are samurais, of course. Our goal was to create a genuinely terrifying and grim samurai that uses the code of honor in all the wrong ways. We wanted to make the player feel extremely powerful when they unleash their rage, and thus, the power was designed with this in mind. When The Oni unleashes his power by collecting enough blood, he enters a fit of rage in which he unlocks a sprinting ability and can instantly down the survivors with his crushing Kanabo.

Aside from the killer, Yui is the new survivor. Could you tell us a bit about the inspirations for that character and what she brings to the survivors roster?

Dave: Yui is a courageous character that stands for herself and others. Her perks reflect her heroic nature. “By any means necessary” is definitely a game changer in her set. The perk allows a survivor to reset a palette, which is an entirely new action in DbD.

There’s a new map, The Sanctum of Wrath. Could you tell us a bit about what that brings to the game for those surviving or perhaps hunting survivors within it?

Dave: Sanctum is a small, elevated building in the Yamaoka Estate. Its narrow passages make it especially interesting to trap wielders and other killers that strive for surprises. Like any map in DbD, it brings a new setup to learn and master. 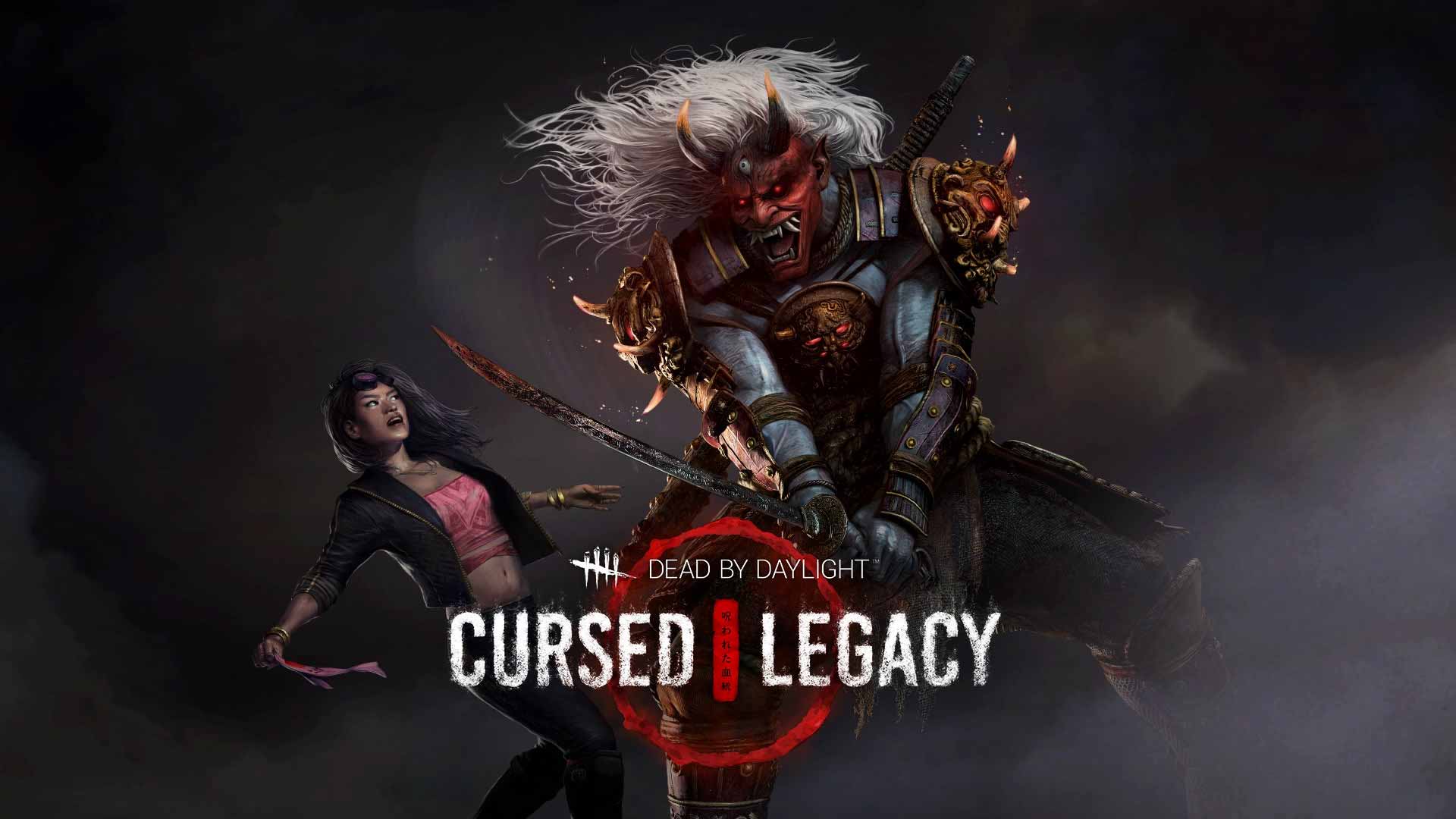 When creating these DLC chapters, what’s the research process like in regards to just generally preparing to develop the characters and maps?

Dave: Finding the spark for the idea is usually pretty fast and comes from the inspiration of the moment or a particular strategy we have in mind. Fleshing out the design is intense teamwork. The chapter content changes and adapts as the narrative, art, gameplay, audio, and technical implementation go through an iterative process.

For Cursed Legacy, we did a lot of research! We studied Japanese culture and creatures. We worked closely with Japanese partners and players to validate the concepts and ideas.

The Nintendo Switch was recently added to the roster of platforms for where Dead by Daylight is available, what has the response been like for that platform and does that affect the release scheduling for DLC production?

Dave: We’re happy to welcome new players to the world of Dead by Daylight! We’re currently in an adaptation phase, learning the release pipelines processes on the Nintendo Switch. It adds complexity to the releases, but the team is working towards making this process more fluid in order to have synchronized releases on all platforms.

Are you able to tease anything that might be coming in the future, or perhaps just go over upcoming and current events that players will be experiencing?

Dave: My hands are tied, my lips sealed. 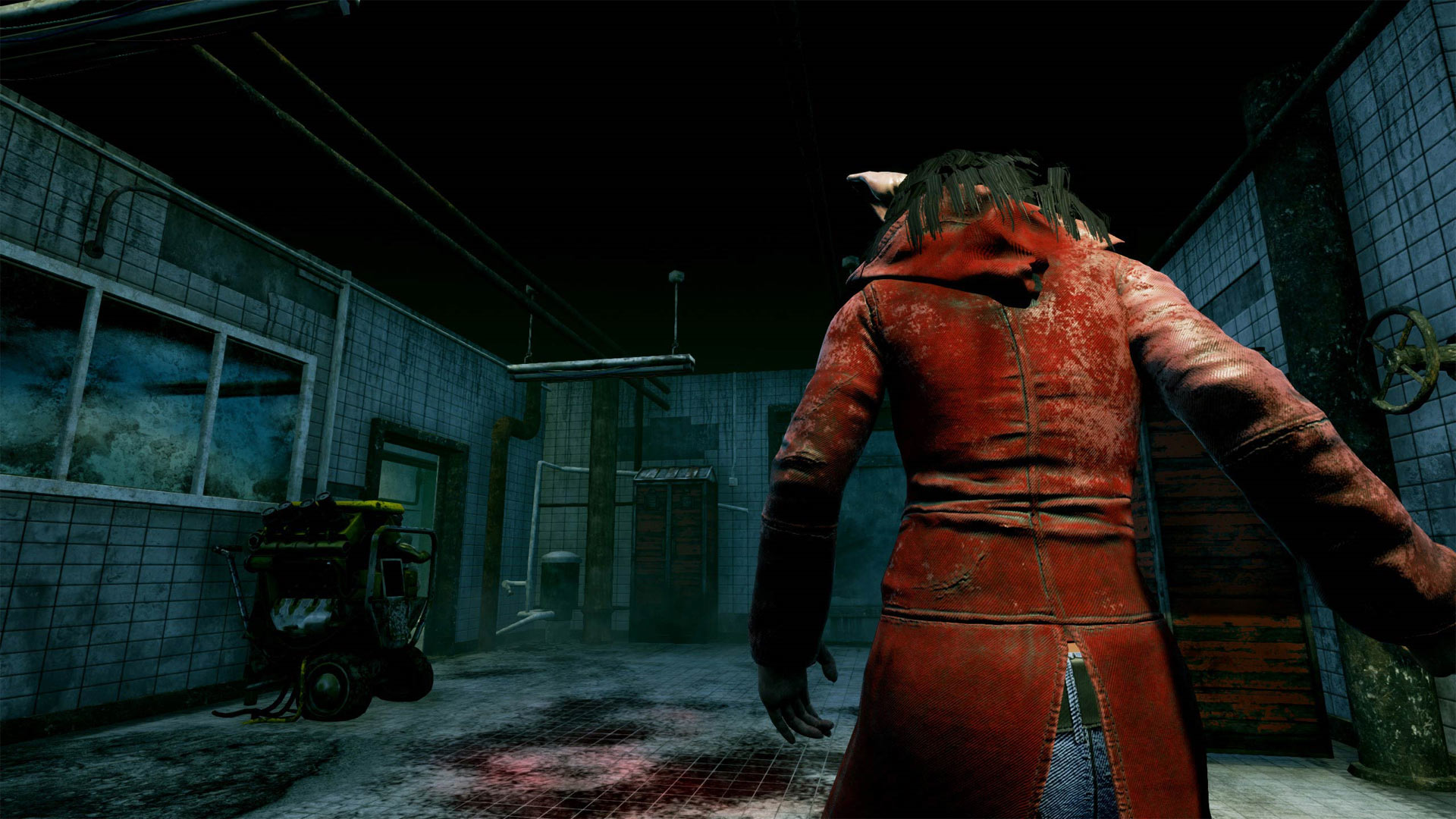 Since the year is almost wrapped up, looking back what would you say were the major highlights or milestones for Dead by Daylight in 2019?

Dave: We added amazing new content to the game this year! Ghost Face, Stranger Things, our original material, and more than a hundred new outfits! Without a doubt, the most important milestone of the year is the release of the Archives, where players can complete challenges to unlock the stories of killers and survivors along with themed rewards. The Archives rich narrative experience adds depth and even more discovery to the game.

Do you have a specific favorite killer and or survivor character from pop culture that you’d think would be a great addition for Dead by Daylight?

Dave: There are still a few candidates that we’d love to see in the DbD roster. Personally, I would love to see Jason and Pennywise become part of the family!

Dave: We’re excited and grateful to be working on a project that so many players are passionate about. It fuels us to make better and better content. 2020 will be full of surprises!