This is a really adorable game, but also one with a bit of a creepy edge. While enchanting due to some of the things you do, it can be scary in terms of what lurks within the mist. In general you’re working to build up a camp. You do this alongside the Drakes, these are friendly folk native to the lands.

You’re trying to build them neat camp based necessities, and then grow from there. You accomplish this by scavenging for resources, cleansing new areas and of course exploring. You’ll have deal with various intense creatures, a chilling mist that disconnects the islands and some wave based survival to defend your camp.


The mist is handled typically through specially crafted crystals, and that’s a neat extra management option on top of things. This is a cooperative focused experience, but one that’s also enjoyable alone. I would suggestion tackling this in coop however, definitely more fun. The game features a plethora of customization options for your character, and many opportunities to explore.

The more places you go, the more Drakes you can acquire. Grabbing these absolutely adorable little creatures will grant you new camp options. It’s a cycle that builds and expands as you venture forth within this nightmarish landscape. The game carries an interesting cartoon-like aesthetic that I thought looked great and there was a fine balance of cute against dark. The area feels nightmarish almost in terms of being this darkened dreamscape with regular structures you might see often in the real world. 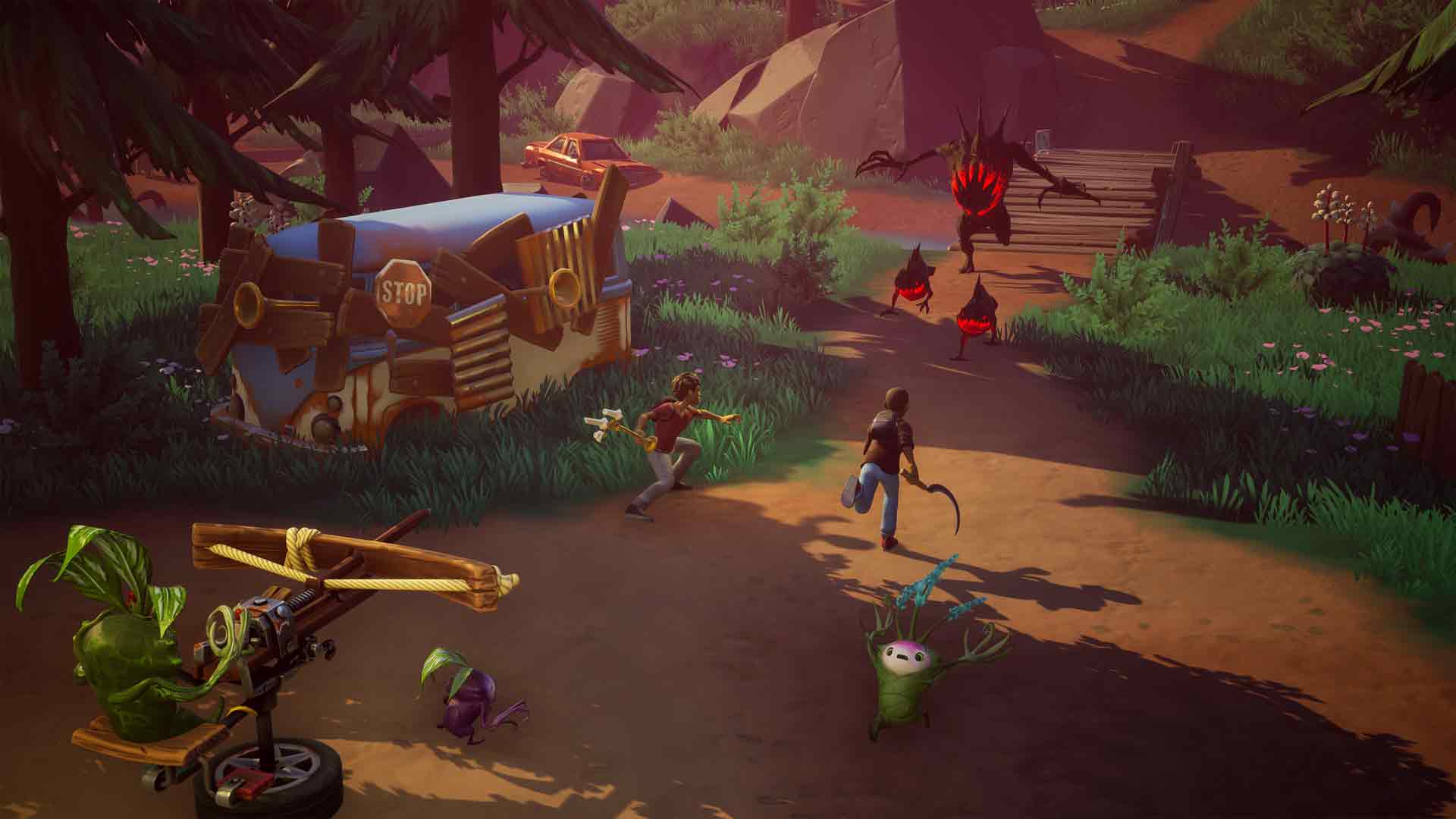 You’ll destroy various objects to gather resources, or harvest them from nature such as trees. It’s easy to craft, equip and move forward as you continue to gain some element of improvement along the way. There are a wide range of weapons to use, and some neat abilities as you work with the local population to help them out. The enemies do range a fair bit, and some are quite harder to deal with.

At times, coordination will be the most effective route against the monsters that lie beyond. Also, a variety of weapons as close quarters combat doesn’t always cut it within this one. The game also has a trader for better supplies, and even an advanced crafting option if you want to make stuff yourself. It seems to be running generally well on Xbox One X, and it’s a good looking game at that.

There appears to be a lot to do within it, and I can’t wait to dive in further when the full release arrives. This was of course just a dive into the beta part of play, though a really good tease on what’s to come on the horizon.

I seriously found those little Drakes to be lovely little things, and I think this hits a good niche of harvesting versus scavenging. Well, friendships aren’t made here. They’re grown. Read a preview of another spooky title below, or check out general game hubs for further coverage of series.