I definitely enjoyed the environments of Grounded when it first launched, and while it was decently impressive on the Xbox One X it really does shine on the Xbox Series X. The powerful console provides the needed specs to achieve a native 4k resolution at 60fps.

It’s incredibly fluid, and feels great as you’re roaming around trying to survive in this larger than life backyard. The boost to the general feeling and visual quality isn’t everything however. There’s a better draw distance so you can really see far if you reach certain standout spots and there’s added shadow quality too.

A really neat element since the game can have some rather sharp shadow moments within its day and night cycle. That’s really all when it comes to the immediate visual tweaks.


This did launch alongside a Koi Pond update though, that brings a newly upgraded section to explore which is somewhat exciting as fresh content is always great. If you’re not familiar with the game, it is a Xbox Game Preview title. That generally means that it’s still being worked on and it will get additions over time.

It’s been seeing some sprinkled in content since launch and it’s actually been fairly impressive the support its received thus far. It takes the whole “Honey, I Shrunk the Kids” concept and beautifully translates it into a survival experience. Obviously a rather popular genre of the day, and with this being from Obsidian Entertainment it does also have a snuck in sort of story that’s still being crafted as well. 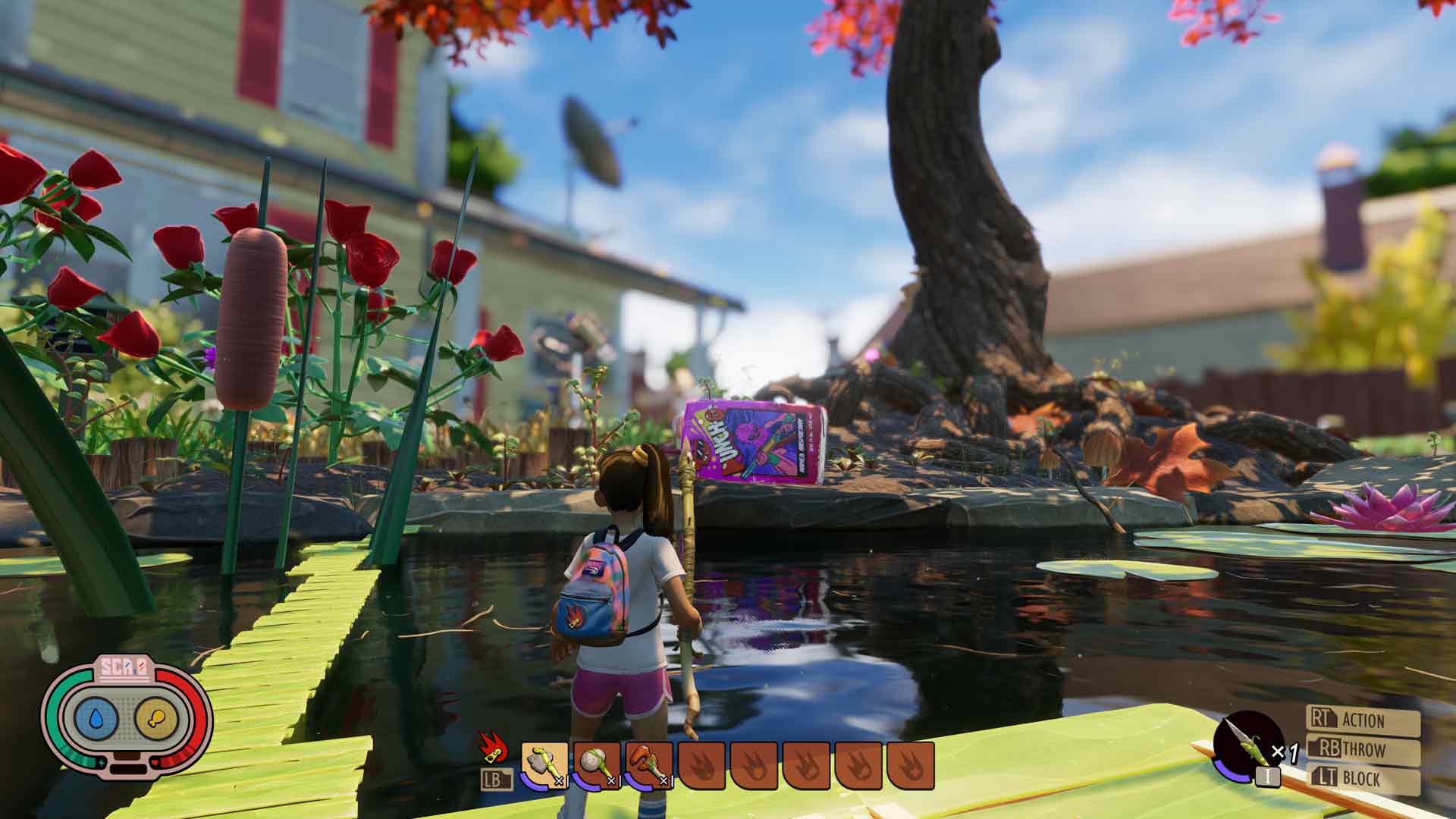 I actually found that part rather intriguing, yet cut far too short within the initial release as it seemed like more of a tease of what’s to come. I think there’s still a lot of potential with this one. To hit the survival marks, while also providing something exciting to play from a purely casual perspective.

It does have a creative mode which is neat to test things out, but survival alone or with others is where the magic is. I had a blast playing with some friends, and this update just presents the full scope of the backyard. You feel fully immersed in a colorful, vibrant and gorgeous location. To be a small creature among the insects or massive spiders with towering houses looming over.

It’s a neat perspective, and again I’m rather shocked that we haven’t seen a big similar effort come around until now. It’s definitely got some enticing elements if you’ve never jumped in before. If the improvements aren’t enough, it is on Xbox Game Pass so that makes it easier whether you’re doing so on console or also the PC space.

It’s a generally enjoyable time, one of wonder and excitement. Also some fear too, as those spiders can be menacing and some of the ants might not be too friendly as well. It’s just an interesting experience and I can’t wait to see where they take things once it’s finally complete. A smaller effort that has definitely blown up, and looks more glorious than ever before.

It’s a definite upgrade to the experience, and that fluidity is such a nice bump up. Additional coverage for the next generation console is of course below, and stay tuned for more looks at some of the greatest games and perhaps some of the most obscure ones as well as I work hard to truly to showcase a wide variety of titles.