Dennis: What might surprise fans is that the franchise is not new and is huge overseas, especially in Korea with the longest running esports league in the country. The KartRider franchise has been around for over a decade with over 300 million players in Asia. While there have been prior games in the franchise that have been released in the west, we are currently focusing on re-introducing KartRider into the west with KartRider Rush+.

We’re seeing the series come to Xbox, and now mobile. What’s the driving force for now being the time to expand the KartRider series?

Dennis: Well, KartRider Rush+ actually launched in China last year. After performing so well there and seeing the performance of other kart racers, we saw that there was an audience clamoring for an expansion to the kart racing genre and that now was the right time for the IP to expand to the US and other global markets.

The biggest hurdle was figuring out the right way to adapt KartRider Rush+ to a mobile audience taking a hard look at different things and that included the monetization structure in order to reflect what mobile gamers today want. It’s also what we do well at Nexon, so it was a perfect match. 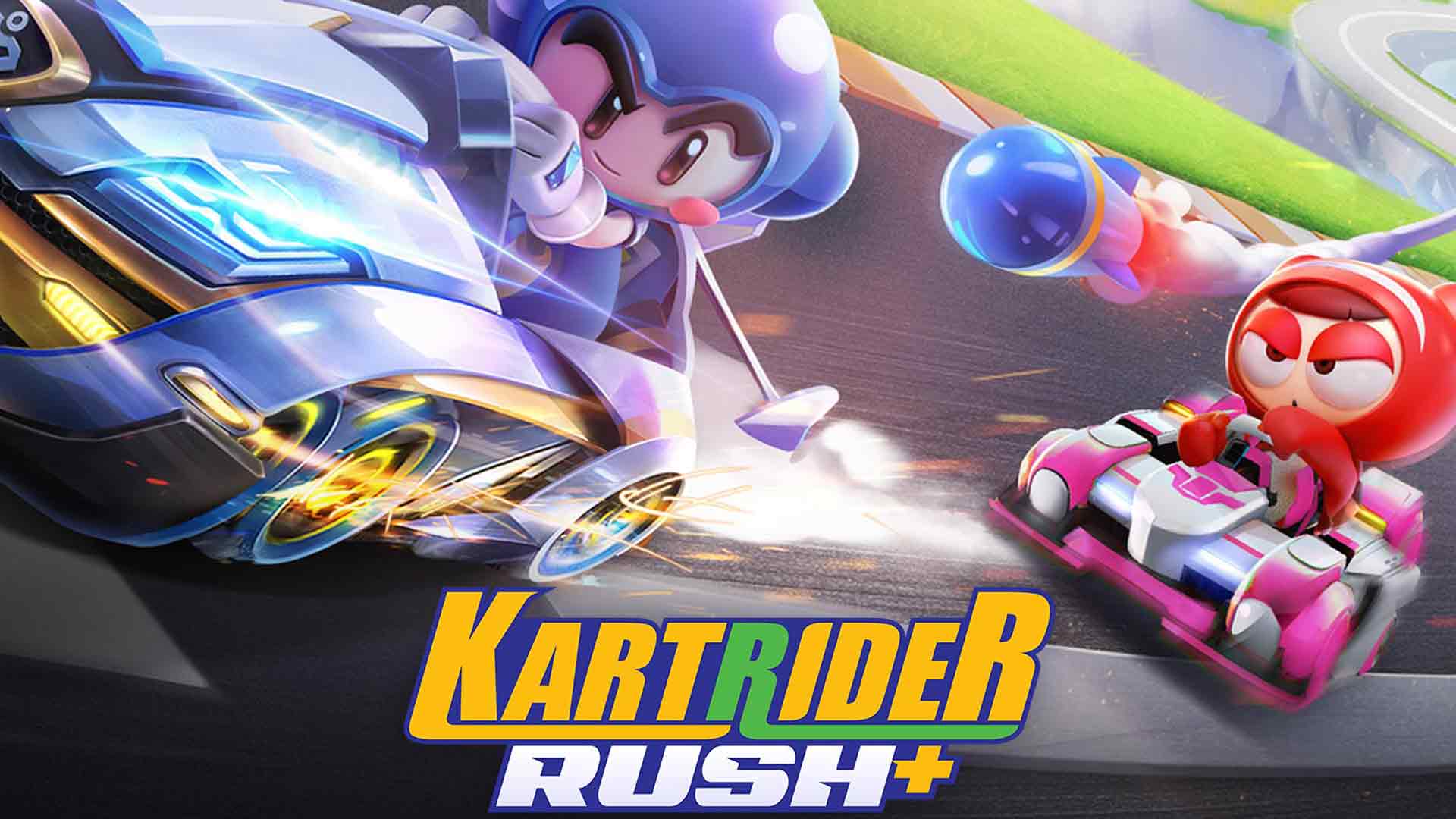 For those familiar with the franchise, what parts of the mobile transition will feel natural to those jumping into this iteration?

Dennis: What we really aimed to do with the mobile version was both honor the original, but also usher it into a new phase with the availability on mobile. The main inspiration for KartRider Rush+ was the original PC version, so we tried to make sure the game felt right in terms of racing feel and drifting mechanics.

A lot of the updates to gameplay were in an effort to make it more accessible, more fun and casual while still maintaining the competitive aspect. We also kept the game familiar with including favorite characters like Dao and Bazzi in the mobile version.

I understand there’s a fair bit of customization to the game, could you describe aspects of what can be changed and how players will access new ways to customize their rides or characters?

Dennis: Like many arcade racing games, most of the customizations to the characters and their rides come from unlocking enhancements as the players level up. Players will also unlock characters, outfits, karts, decals, license plates, driftmoji’s and a whole lot more through daily check-ins or completing various quests across the multiple modes within the game. There is also a Home feature that allows players to build out their home space and customize it with decorative items that can be unlocked through Daily Quests, and even join friends for fun mini-games and socializing.

With this being KartRider, I imagine there are a number of tracks to race upon. What sort of locations, and or environments will players race upon? Do you have a personal favorite track in this release?

Dennis: At launch, we gave players 50 race tracks that each offer something unique. Players can race on a variety of landscapes including traditional racing circuits as well as forest, desert and beach themed tracks. There’s also many track themes around cities such as London, Paris, Dubai and more. I’m a big fan of the Item Mode, so my favorite tracks are the more non-traditional tracks. There’s a really cool track called Mediea’s Hideaway that looks like you’re inside a giant toy box.

It’s got model trains running around, giant building blocks, and toy animals. It’s very fun looking and there’s a lot of movement in the environment that actually affects the race track so racers always have to be on their toes. When you combine that with Item Mode, one well placed item can really turn the tide of the race in your favor. 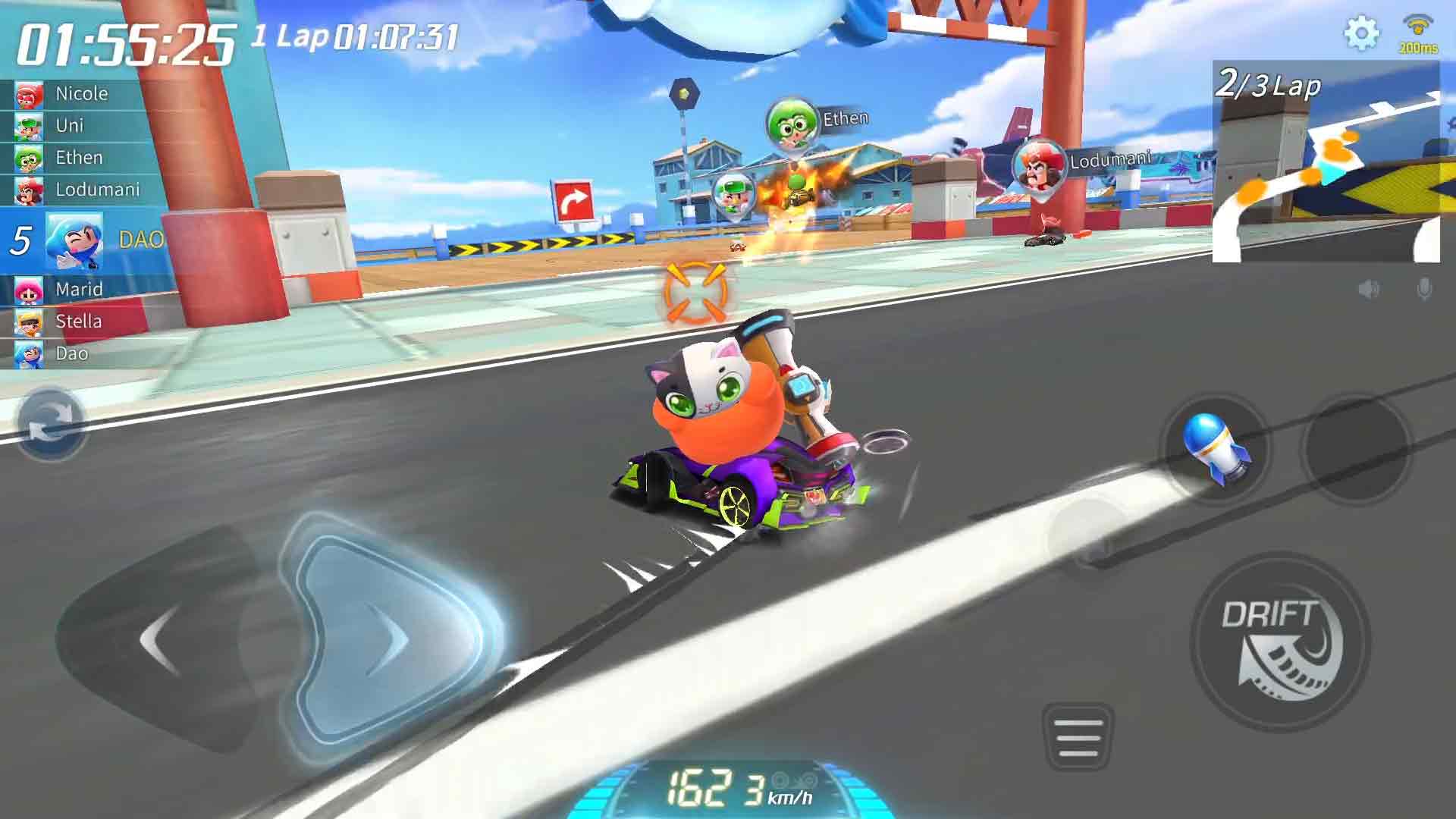 I noticed a number of modes will be available for racing, could you briefly describe those options?

Dennis: KartRider Rush+ offers five modes, including Speed Race, Arcade, Ranked, Story, and Time Trial. Arcade Mode also has several game modes including Item Race, Infini-Boost, Lucci Runner, and Relay Race. Some of these modes, like Speed Race and Time Trial for instance, rely heavily on your mechanical skills on the track by using drifting and turning, and your familiarity with the track, as your ultimate way to victory.

Meanwhile others, like Arcade and Story, provide players of all skill levels accessible ways of experiencing the game. These modes are complete with power-ups, boosting, and a fun story to boot!

What part of KartRider Rush+ do you feel helps the game stand out, or what’s a part of the experience that you particularly enjoy when playing?

Dennis: There are quite a few things that are really special to KartRider Rush+. One is the social and community aspect of gameplay which really takes it up a level in terms of enriching the overall experience for both new and old fans alike. The Mentorship system allows players to buddy up with mentors in the game in an effort to improve their skills while the Club Mode allows players to join forces, regardless of location, and complete challenges that will reap rewards for all participating players. Also the unique Story Mode of the game makes KartRider Rush+ truly stand out giving a wider dimension to the overall experience. 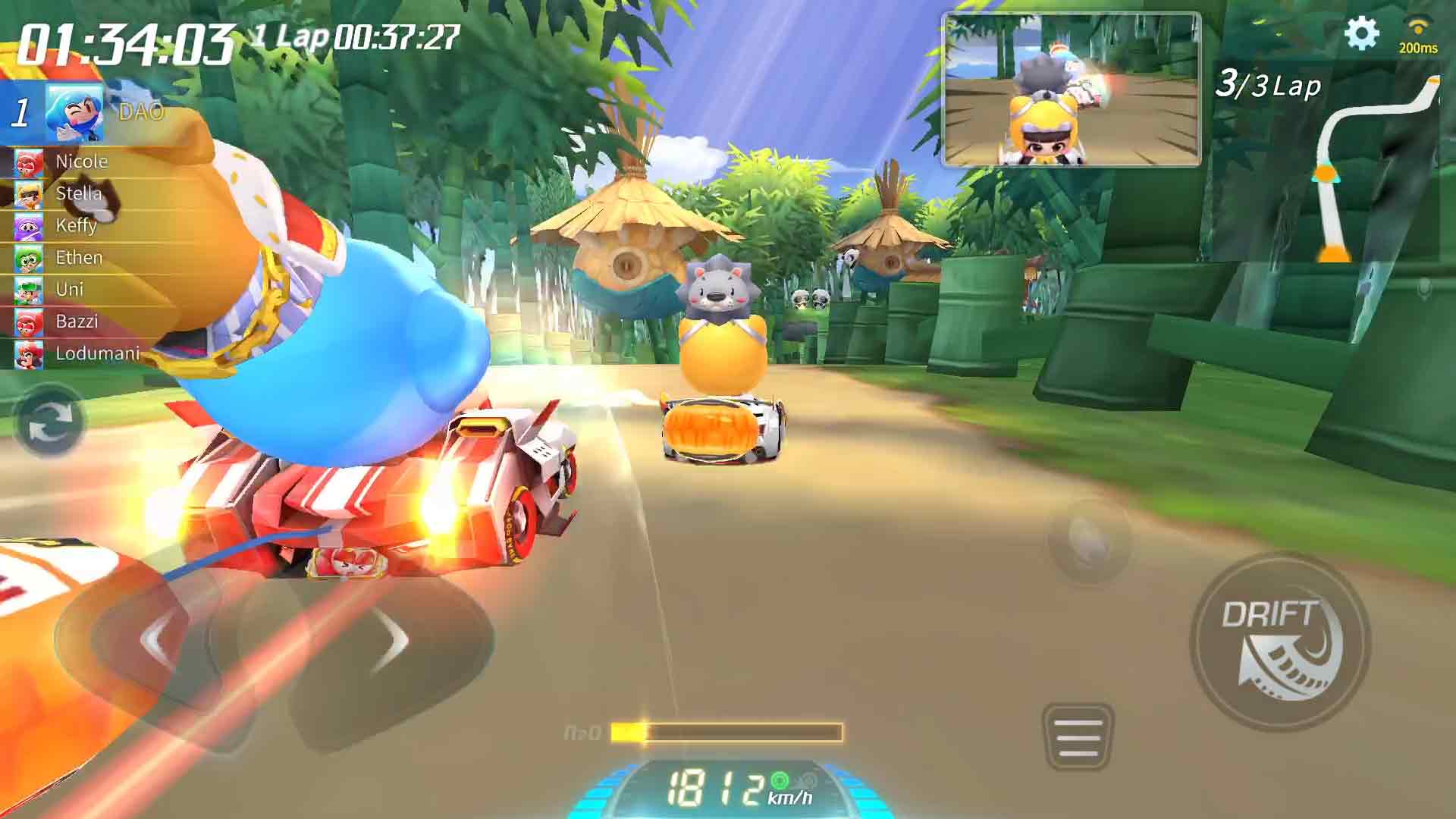 What platforms and marketplaces will players be able to download the game from?

Dennis: KartRider Rush+ is available globally in multiple languages including English, Korean, Thai, and Traditional Chinese on both Android and iOS devices

Dennis: We just want to say that it has been a blast for everyone on the team working on the game and we are glad to finally see everyone get a chance to play KartRider Rush+. Right now, we’re thrilled to see the positive response to the game and that inspires us to work harder on the upcoming content updates we have planned. Stay tuned for more exciting news about KartRider Rush+ in the near future!