This is possibly the most stupid awesome game I’ve ever witnessed, Maneater blows away expectations by eating them in a cloud of red mist. This is the wildest carnage filled dream that very few development studios could be bold enough to build.

This is a game, that’s essentially Feeding Frenzy on steroids, and filled with stunning gnarly gore. I mention Feeding Frenzy because you’re starting as a smaller shark and need to work your way up the chain. 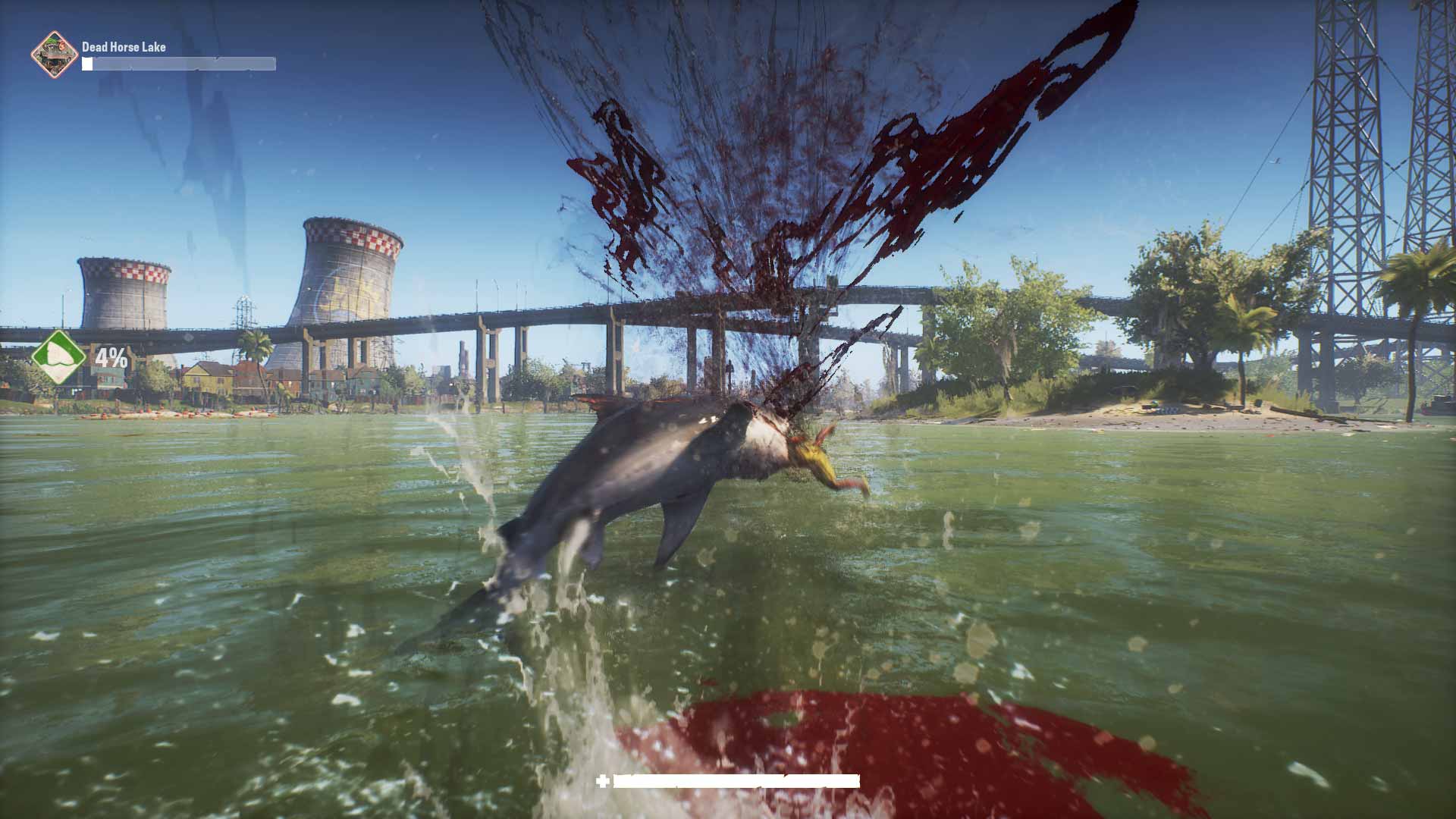 They have multiple shark types, and then on top of that shark mutations planned. There were teases of an electric, or even in general a more badass ramming shark type. This is an interesting idea, to give a sense of evolution. This is set to be a PC release, and that’s what they’re focused on currently. They didn’t necessarily rule out consoles though. Maneater will have ray tracing support through Nvidia RTX cards, the demo we saw didn’t have this support.

That aside, the goal of the game is to generally eat things. It’s a visceral, gory and rather insane experience. I felt the intensity of the shark as it attacked boats, swam to eat other sea creatures and went wild on people. There are bosses to take on, special human types or even other apex sea predators. There actually seems to be a fair bit to this game and they’re working on just a campaign mode at the moment. That’s honestly fine as it seems like they have a concise setup, I’m just disappointed there won’t be any insane cooperative or competitive shark battling.

Honestly, I don’t think I’ve played up the intense gory action enough. It’s quite shocking, and really entertaining. The shark can go wild across fairly detailed sea environments, and hop on the regular land. There’s even a sense of finesse action as the shark floated across the air doing twists to eat things. It really does seem like it’ll be a blast, and a really fun game.

I never anticipated this type of thing, even joking from just hearing the title that this was a shark game. Then a shark game popped up on the screen, I was like, oh. Oh, damn. The presentation was great and there does seem to be a lot behind this production. If you like sharks, and lots of intense shark action then this will be great for you. Even past the straight up violent elements, there does seem to be content behind the fun, and purpose. That’s all for Maneater, at least for now. Check out our E3 2019 hub for additional coverage from the event.