Interview with Yael Weitz, Director of Product at Toya

A staple I do in all interviews in order to start things off is to ask that you elaborate a bit about your own Minecraft based content that people might not know?

Yael: We currently have 12 products in the marketplace. Seven adventure worlds and five skin packs. We aim to create a wide variety of adventures so everyone can find something they like. So for example My Gorilla Adventure and My Snowy Journey are narrative driven adventures, Art Lab and Coloring Map: July 4th Special are both coloring and painting adventures, in the Chocolate Factory Mystery players operate a chocolate production line, and Desert of Secrets offers lots of combat action.

With our skin packs we usually follow themes that are related to events in the real world like the Brazilian Carnival pack or the Power of Nature which was created for World Environment Day. Other packs were created with more general concepts like the 12 Wonders pack that follows various human archetypes or the Bravehearts that was inspired by world voyagers and explorers.

What was the inspiration behind Cleopatra’s Treasure in terms of narrative and setting?

Yael: Toya’s mission is to expose kids to the life stories of extraordinary women that can become role models for them. My Gorilla Adventure follows the story of legendary ape researcher Dian Fossey, and My Snowy Journey was inspired by Junko Tabei, the first woman to reach the summit of Mt.Everest. Cleopatra was a powerful, passionate woman, a political genius, the last and perhaps the greatest Egyptian pharaoh and so we really wanted to create a world that revolves around her character. Plus we love the ever intriguing Ancient Egypt scenery, visuals and symbolism. 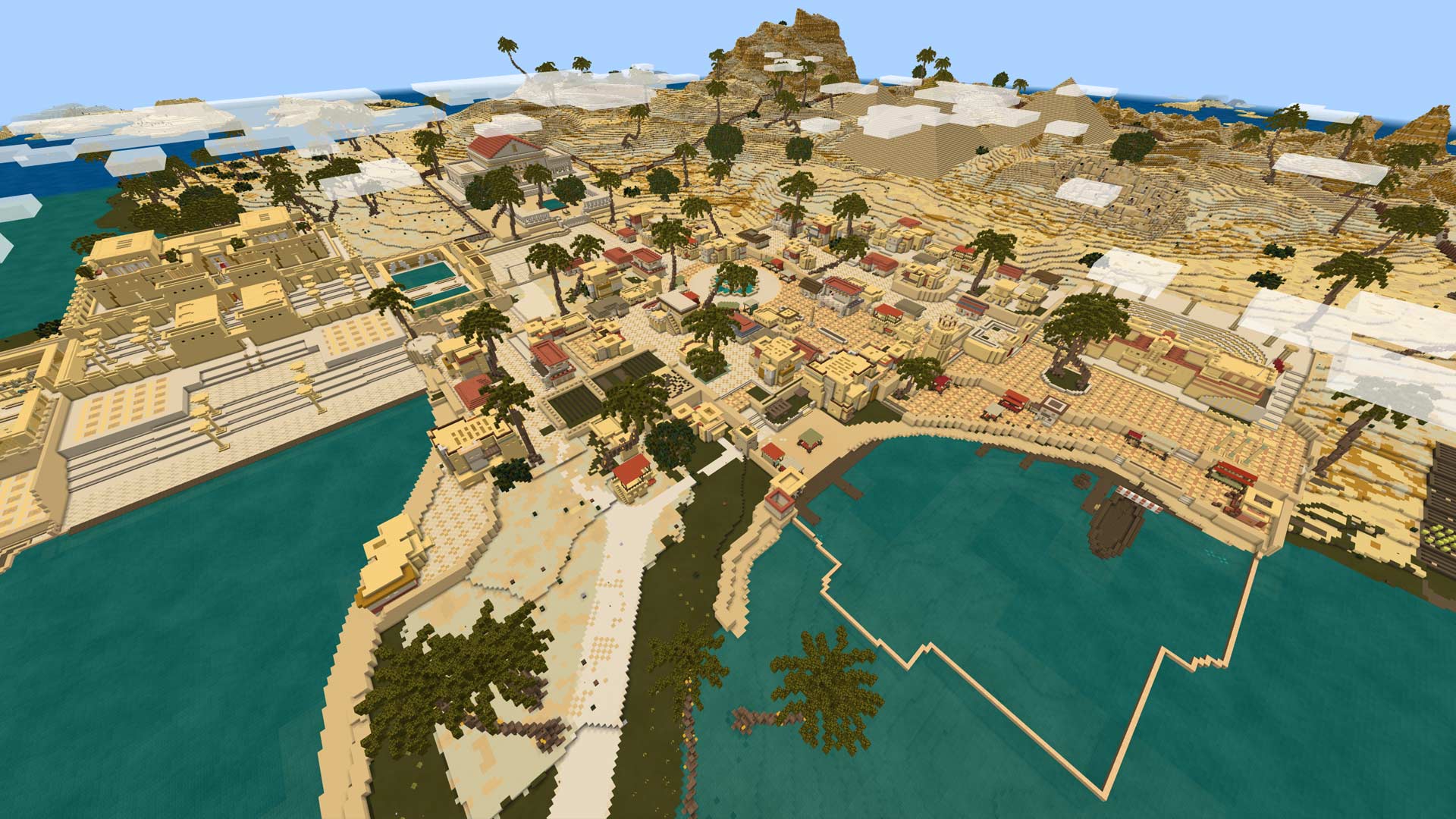 What was the process like building the map, was there a plan in place prior to its creation?

Yael: Once we have a general idea of the world we would like to create, we start the process by conducting a thorough research about our main character, her profession and the ecosystem she lived in. Then we have a long brainstorm session with the entire team in which we raise different ideas for gameplay. The next step is to plan the world map and build it accordingly. Our team includes builders, texture designers, mechanics and game designers. Each contributes their expertise to create the most fun and beautiful worlds!

I liked how there was more of a focus on puzzles and creative ways to present them. What was the process like in developing these within Minecraft and were there any problems with creating them?

Yael: Some of us really like puzzles and so we think of different ways we can use Minecraft mechanics to create unique puzzles. Often, one of our mechanics will have an idea or a prototype of a cool puzzle and then we’ll figure out how to make it work and which world it would function best in. For example, the puzzle in the pyramid where you push the blocks to their designated places was created as a prototype by one of our mechanics.

Other times our game designers come up with ideas for puzzles and then the mechanics try to implement them.The puzzles in the underworlds that you need to solve to get the charms were inspired by classic Tangram puzzles. We encountered so many issues with these puzzles, there was even a point where we considered removing them altogether. But we are happy we managed to keep them in and working. We think they are fun!

I noticed content wise Toya provides a wide range of distinct worlds, is there any process to picking what sort of setting or narrative to tackle next?

Yael: As said, we are creating worlds that are inspired by exceptional woman in different areas of expertise. So for example, we wanted to create a world where our players can paint and create artwork. Then one of our builders suggested Sonia Delaunay as the inspiration for this world. Our script writer created a great story, which was abstract, like Delaunay’s art. This is how ArtLab: World of Colors was created. There is really no one rule except that each world must include great gameplay and look amazing!

While Cleopatra’s Treasure just released, are you able to tease any upcoming projects or what we might be seeing in the future on the Minecraft Store?

Yael: We don’t want to expose too much :) But we are working on a game series that is related to a well known American Football league personality. We realize not everyone is a football fan, so we created three games, each with completely different gameplay. This way we hope they will appeal to both Minecraft players and football fans.

For a more fun question, what is your favorite part of Cleopatra’s Treasure and why do you think this helps make the world stand out on the marketplace?

Yael: Wow that’s a hard one. We really like all parts of this game and think it is a holistic experience. But if we have to pick one then it must be the camel game in the palace. We really struggled to find the right gameplay for the palace area. We had so many ideas but nothing felt 100% suitable. Then someone came up with this idea and it was right on the money - funny, easily lends itself to Minecraft mechanics and fun to play!

Yael: One important part of our games is the character of Whysa.

While we were working on our first game, My Gorilla Adventure, we didn’t want to leave Dian, our main character, alone in the jungle. This is how Whysa was created.

Whysa is a smart, funny and special old lady. She’s always hungry, loves bananas, can be a great companion, makes you laugh, and gives clever advice with a side of nonsense. She was only intended to be in My Gorilla Adventure, but Whysa had other plans :) We fell in love with her. She is so unique and versatile that we decided she’s a keeper. Now Whysa is in almost all of our games. Her look varies from game to game, but once you’ve met her, you won’t forget her:)