A staple I do in all interviews in order to start things off is to ask that you elaborate a bit about your own Minecraft based content that people might not know?

Jigarbov: My first map came out in 2011 and it’s quite funny how far both map making and Minecraft has come in that time. Back then we were just getting into it with pistons, but now we can basically do whatever we want. The truth is, I get bored, really quickly. That’s why each map I release is vastly different from everything before it. I’ve gone from story-based adventures to dating sims, to PVP maps, to actual City Simulation and back again. Papercraft Adventure represents my first attempt at a collect-em-all type map along the lines of Mario 64 and the Banjo games with dozens of hidden secrets all over a vast world.

What was the inspiration behind Papercraft Adventurein terms of narrative and setting?

Jigarbov: I’ve always had a soft spot for Paper Mario. You can tell just by looking at it that the style is very similar, I thought the Minecraft characters as paper cutouts would look hilarious in 3D space, and they do. From there, I had to figure out in what circumstances there would even be these paper Minecraft mobs.

Now schools are all in with Minecraft, and I remember doing dioramas as a kid, and I figured it wouldn’t be that much of a leap that somewhere out there, is an art class where the kids are making these Minecraft dioramas in class. But then how do I represent any real characters? That would be tough, so Mr. Stickers appears on the laptop screen, fully animated and so the main drive of the map begins for you to help him grade the kid's art pieces. 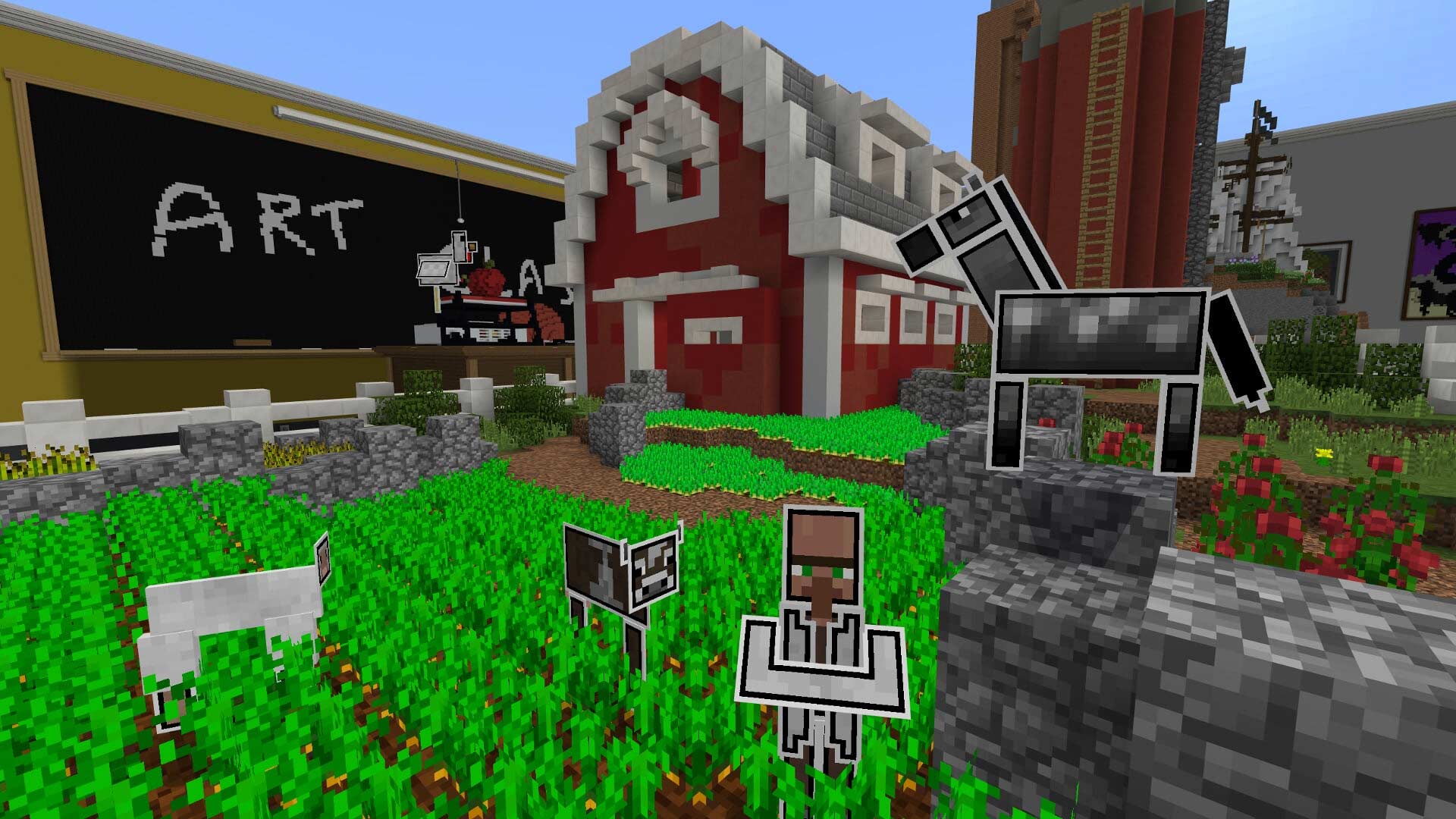 With this world being a larger than life creation, what sort of environments will players explore and why did you feel this was the right backdrop for the adventure?

Jigarbov: I’ve always been a fan of games like Mario 64 where there are loads of different environments to explore from firey temples to icy caverns and more. I wanted to bring this diversity to this map in the same way, and since I had been set on the diorama idea, it easily lends itself to that. Basically, I can go hog wild creatively and am not limited by any real constraints as long as we can fit it on the table.

Aurrora was the build team that helped me realize this vision. I gave them an outline of what I wanted, and with constant communication, we came up with this amazing room together. They loved the freedom and ability to have that flexibility of the different designs which pushed them creatively, and I loved that they were eager to hear my plans and how they could make them happen.

The designs of the mobs are awesome, could you tell us a bit about the process behind how they were made? Do you have a favorite?

Jigarbov: My favorite has got to be the Llamas. They're so weird looking, and the way their legs move side to side as they walk forward, and their giant plank for a face, it’s quite funny. The Wither is a great one too, seeing the flat paper faces twist and rotate while they try to blast you is great. They were made with Blockbench. I loaded up the vanilla mobs.json and got to work flattening out each Minecraft mob. It took some time to get right, which axis to make flat, and how to make it look natural so that when they look at you, you can tell. With a combination of being flat on both axis means you can almost always see at least part of them,and they don’t disappear completely. That was important.

This is certainly an expansive world, what sort of challenges will players come across while playing?

Jigarbov: The list is expansive. Part of the inspiration was about using the environments strengths and theme when figuring out what to put in it. Or the area itself was designed around an idea. Skull Island, for example,is themed around pirates treasure, and how to find it. So there are riddles and puzzles,and if you’re smart enough, you’ll get inside to the vault. Then there are the more story focused ones like the kingdom diorama which features a lengthy storyline spanning the entire set culminating in a boss battle. There is even one dedicated to parkour and those people that enjoy that sort of thing too. I put in a lot of effort to have tonnes of variety in each area.

While Papercraft Adventure is just releasing, are you able to tease any upcoming projects or what we might be seeing in the future on the Minecraft Store?

Jigarbov: At Jigarbov Productions, I don’t have too many projects ongoing at the same time. Since there is so few of us, all my time is spent on each map as it comes along. I do have one that has been ready for some time, but there are an unfortunate number of Minecraft bugs preventing it from coming out. Other than that, I really haven't moved onto the next thing yet because all my time now has been prepping the marketing assets and such for this one. Maybe I should hire more people.

For a more fun question, what is your favorite aspect of Papercraft Adventure and why do you think this helps make the world stand out on the marketplace?

Jigarbov: My favorite thing about Papercraft Adventure has got to be the theme and setting. The art class looks so cool with render distance cranked to the max, and you’re sitting in one of the dioramas with paper mobs around you, and you can see across into another diorama that you haven't unlocked yet. It really makes you feel tiny in this enormous world.

Jigarbov: Thanks for giving me the opportunity to talk about the map! I hope everyone who buys Papercraft Adventure has a great time. I can’t wait to watch Let’s Plays on youtube!