It’s been awhile since we’ve seen some skateboarding games, and now we seem to be getting a whole pile of them on the horizon. There’s the Tony Hawk Remastered package, and now Skate 4 or whatever that will be called is happening.

With that, the first of the grouping is Session. This is a title in Xbox Game Preview and focuses on a realistic technical aspect when it comes to mechanics. This definitely isn’t much of an arcade type title, at least from the settings I chose to play from when getting started.

It’s about pulling off neat tricks, being able to record those easily and quickly exploring various areas. There really wasn’t anything to technically do, with this being just an open world to skate around in. It starts in the main menu, allowing you to instantly just skate.


There’s a whole tutorial to teach you the basics, but you seriously just press “A” to skate afterwards. It’s almost instant to switch locations, and it’s simple to start playing. The game has a few areas that are seriously varied.

They’re also neat to travel within since you can get off your board at any point to walk around. If you want to get skating again, just place it down on the ground. The mechanics for tricks were a bit difficult for me to get into, but I think the hardcore fans will pull off some neat moves as they master this game.

You use the thumbsticks to either send that board flipping, or to hop onto a rail to grind. If you want something more challenging, you can also instantly pull up a customization area. This allows you to place objects, and then get skating on them. 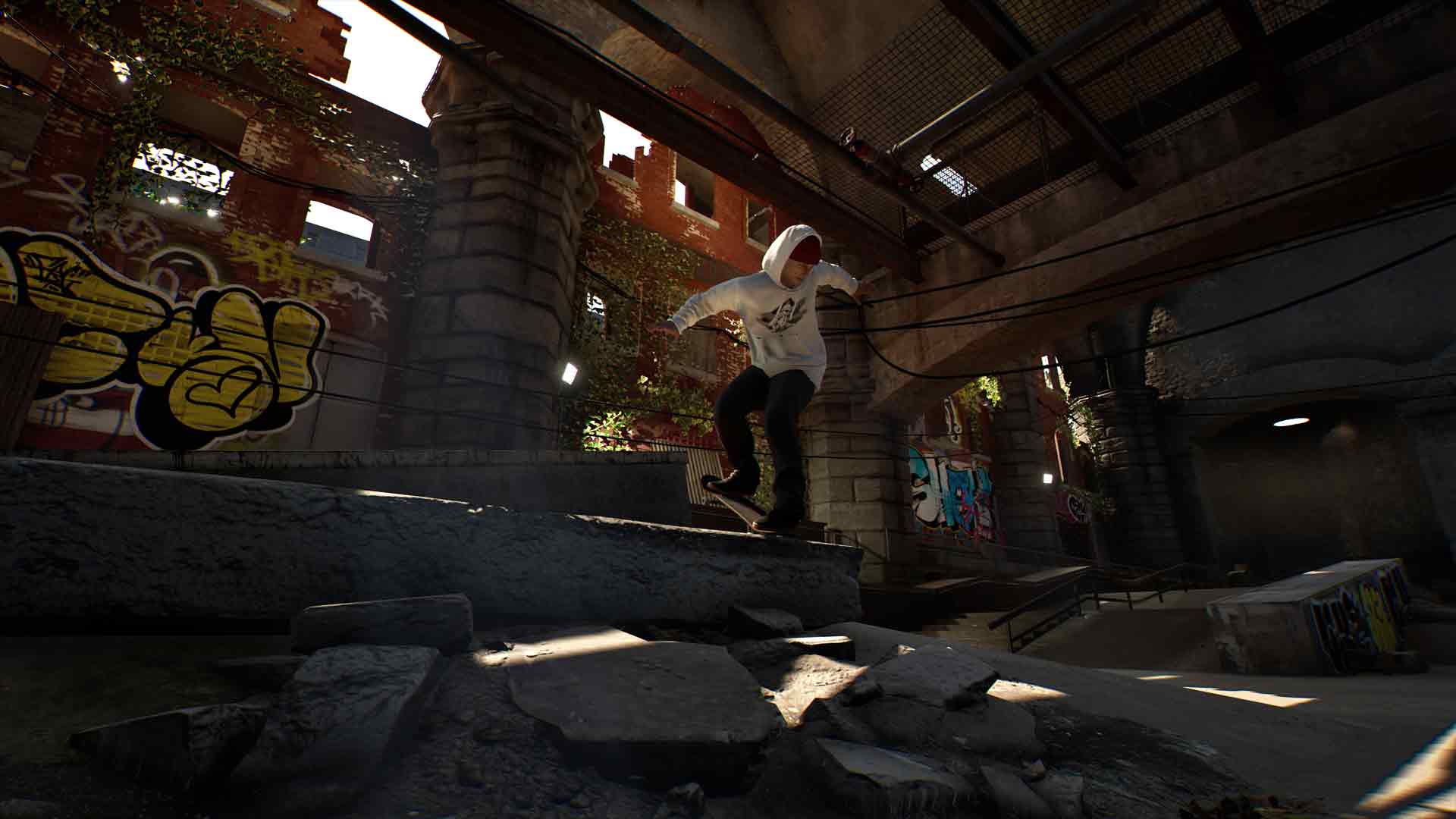 These range from ramps, to rails and even regular objects such as a pylon. If you do something cool, there are neat recording mechanics to use on the fly. If you want to customize things, you have a really neat apartment to visit. This allows for video replay, or even making your board look neat.

No character customization is currently present. It’s definitely an interesting sort of game with a tight camera angle by default. It does feature some seriously beautiful visuals, with lots of detail. They’re not lively locations, but the visual presentation is remarkable on Xbox One X. It looks great, with lots of detail and depth within those environments.

I did find things a tad touchy with the hardcore aspects, since hitting say a pylon will send you flapping into a ragdoll effect. Light touches are deadly, but you do respawn right away a few steps back. It’s quite entertaining in that regard, but it would be nice to have easier play at times since I’m not too hardcore about this sort of experience.

I definitely liked what I saw, and hopefully they add some focus in what you’re doing. I mean, there are challenges. Those really don’t offer a whole lot of a focus however. This is a solid single player offering, so don’t expect multiplayer within it as that’s not currently noted as being a feature.

Session is interesting, it hits the skateboard simulation concept well and it might be of interest if you’re looking for this type of gaming genre. You can read our review of golfing with friends below, or check out the general game hubs areas for additional coverage.

Read our Golf With Your Friends Review
View our Game Hubs