The battlefield in World of Tanks is about to change forever with the “Modern Armor” update. This provides tanks from modern eras of warfare. To start, First Strike is the premier episode launching with the release of this Modern Armor saga. It will provide two powerful alliances, including the Western and Eastern Alliance.

The Eastern Alliance has different Soviet inspired options with the T-72BM, T-44A, T-54 obr. 1949, Object 165, T-62, T-72A, T-72AV, T-72B, and the T-72BU. Two premium tanks are also available to boost the modern era collection. This will of course be available for Xbox Series X/S, Xbox One, Playstation 5 and Playstation 4 with crossplay being present as well between platforms. 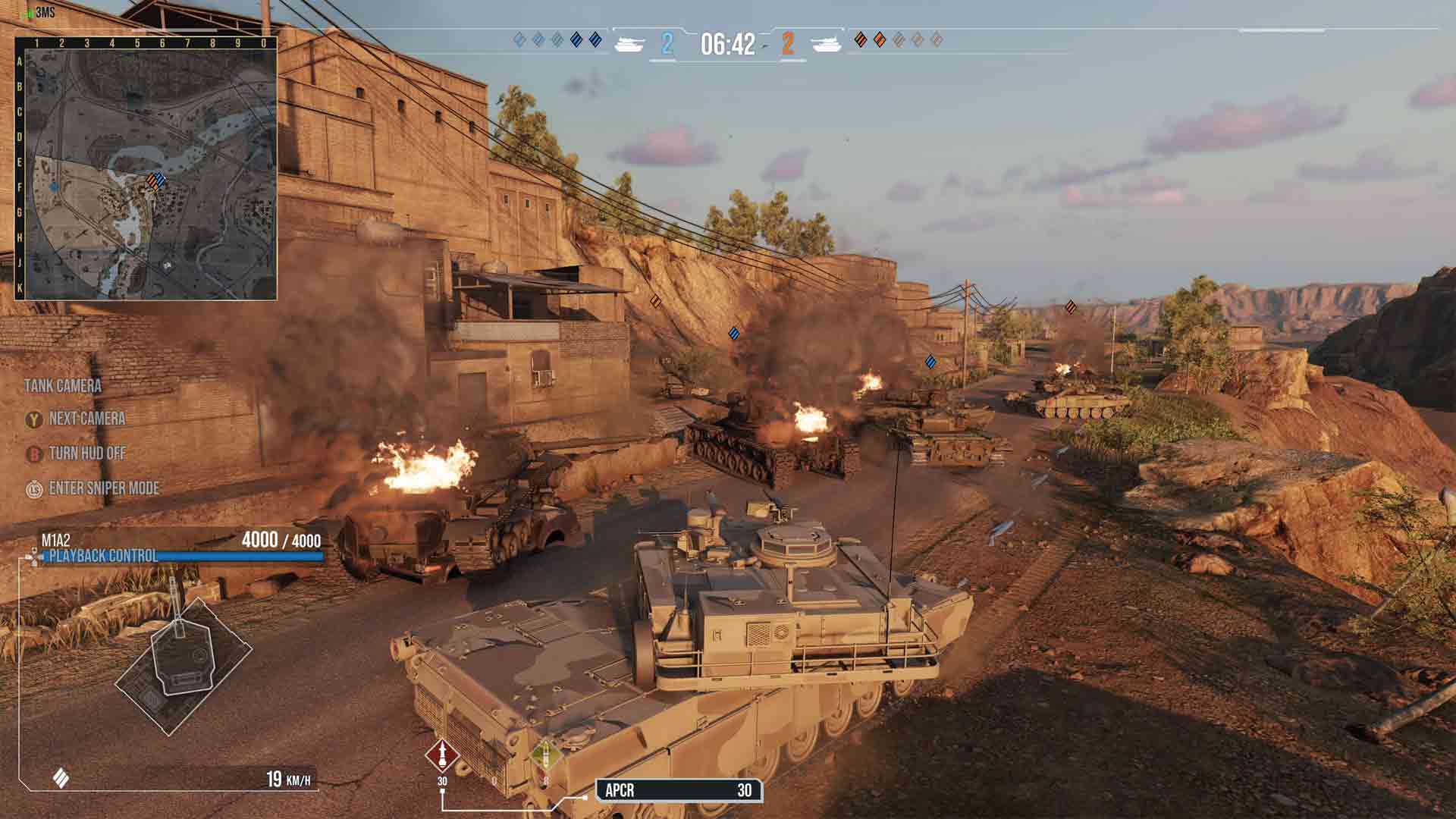 In addition to the tanks experience perk filled 3D commanders that have varying skills and new, era based consumables that can change how the conflict ends up going. Smoke for example being one, causing a bit of a hidden screen effect.

I should mention for context while this initially reads as a news piece, there is a bit of a preview included as well to come since hands-off viewing was provided during a special meeting. There are also four new maps that have launched with this including options across Southeast Asia, Germany, Norway and the Middle East. The terrain here is almost double the current WWII maps (now 1400x1400) to provide extra space for new strategic battles.

They carry similar quality levels too in terms of environmental depth and detail. They’ve improved the TAA Temporal anti-aliasing with better shadows as well that come with these map upgrades alongside it being PBR compliant. That’s matched with hundreds of new assets for these levels. You basically get from the early 50’s to the early 90’s here spanning the Cold War era.

The inquired with group mentions they’re not sure about new Xbox Achievement/Playstation Trophies, but that they are looking at adjusting ones that no longer are unlockable. This certainly looked like an impressive upgrade for the game with high quality renders of more modern options. It changed the pacing of the game considerably and setup some interesting scenarios that I haven’t seen from the free to play game prior.

It should be interesting to see how the community takes advantage of these new tools out on the battlefield as the dynamics of the war will definitely change going forward with these advancements. It should be fun, with some more coverage on this particular update to be on the way. You can check out a related article about the game below, or check out the hub for further coverage on the title.