During E3 2019 I was lucky to attend a Xbox Showcase event, the very first thing I jumped to was the Xbox Elite Series 2 controller. There was a large display area showcasing the controller off and since it was quieter here with everyone rushing to the games at the start I thought I’d get some hands-on personal time with it. I went to the display model first where you could see all of the pieces that came with it.

You can see that in the video of course, a full presentation of playing with the various pieces of it. Aside from this time with it, I also tried out the close by demo and some of the stations at the event were featuring the controller which was nice, a highlight being Gears 5’s Escape mode. The demo was a sniper type game, where you could get a sense of the new feature adjustments. So obviously when looking at this controller, you compare it to the previous one.

That one was awesome, aside from peeling grips and a bad cheap piece of plastic that holds the bumpers together. The latter I’m not sure if they’ve fixed, but the peeling is apparently to be handled well. When asking about the peeling on the first controller they said ”the peeling was not a manufacturing aspect we could have predicted”. 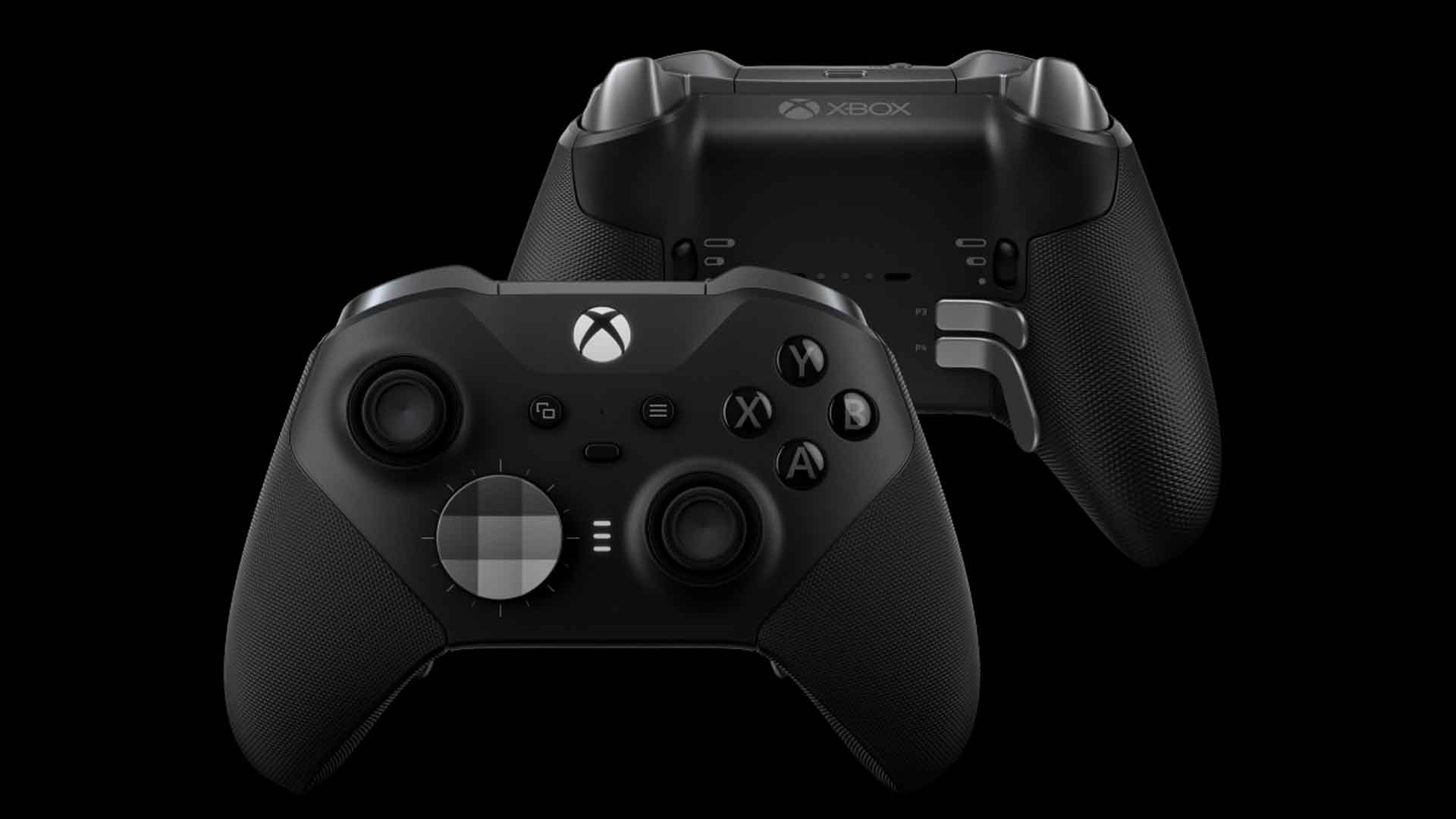 The controller is of course wireless, and it now supports Bluetooth which will be great for the direction Microsoft is taking gaming in terms of other devices and Project xCloud. It’s lighter with the built-in battery that provides forty hours of battery life per charge. There’s a charging dock, it can be charged in its carrying case and it features a USB-C cable.

This was a comfy controller to hold and you could immediately feel a quality improvement over the original model that I did feel was really great aside from the defects it faced. To be fair, my original Elite controller lasted a whole year without problems. Other improvements include the three profiles with easy LED light up visibility for what’s being used. The hair trigger locks are excellent, and quick to adjust basically on the fly. You can even directly tune the thumb sticks with a small tool, I got to try that and it was neat. They have a wide range of stick options and I tested them out the best I could prior to others swarming over.

Going towards the buttons, you can fully remap them and also add in voice commands to the buttons. Things such as taking a screenshot, or recording. That’s a very helpful feature for sure. In the box you’ll see six thumbsticks, two standard, two classic, one tall and one wide dome. There are four paddles, two medium and two mini. There are also two D-Pad options, standard and faceted. I’m actually disappointed I didn’t get the green E3 D-Pad there, but I didn’t want to bother with pre-ordering at that point. I need to go play more of the games!

This Xbox Elite Controller Series 2 will be available in all Xbox One markets with twenty-four of them having it at launch on November 4, 2019. It will retail for $179.99 USD and can be pre-ordered. Hopefully we’ll be reviewing it in the future. It looks great, and can’t wait to see how it changes tactical gameplay. You can read our preview of Project xCloud below or check out our E3 2019 hub for additional coverage.