This is a game I’ve been waiting quite awhile for, and definitely anticipating its arrival. I was ecstatic to see that the majestic lands of Canada were graced with the game and raced to download it. I then had to wait another half a day as it hadn’t rolled out on IOS yet.

That aside, it’s finally here and I’ve been playing it for a couple days now. It’s somewhat thrilling to be honest, playing and collecting various items. There are many of the essential blocks from the regular game, among many iconic mobs as well.

You’re able to harvest these mobs just like items that randomly pop-up in the world and the use them. You use these items on creative buildplates to make whatever you want. The buildplates are however rather tiny, and it takes a long time to unlock more of them. You can opt to buy some that are larger with rubies.


The rubies can be purchased as microtransactions with real money, or earned at a decent rate of collection while just playing. Going back to collecting, I really do like that the game allows you to actually play this anywhere. There’s a good spawn rate for regular collection blocks and mobs, with adventures also occasionally popping up anywhere.

I have noticed that some of the adventures do appear to largely show up in areas where you might see gyms for Pokemon Go. The adventures are quite fun, but they do look rather silly in real life. I’ve been playing this with one other person, and jumping into an augmented reality setup at the mall was kind of silly looking. That aside, they’re interesting. You’ll be battling mobs, collecting special resources and looking through multiple levels of an area since you can dig down in them to find further secrets. 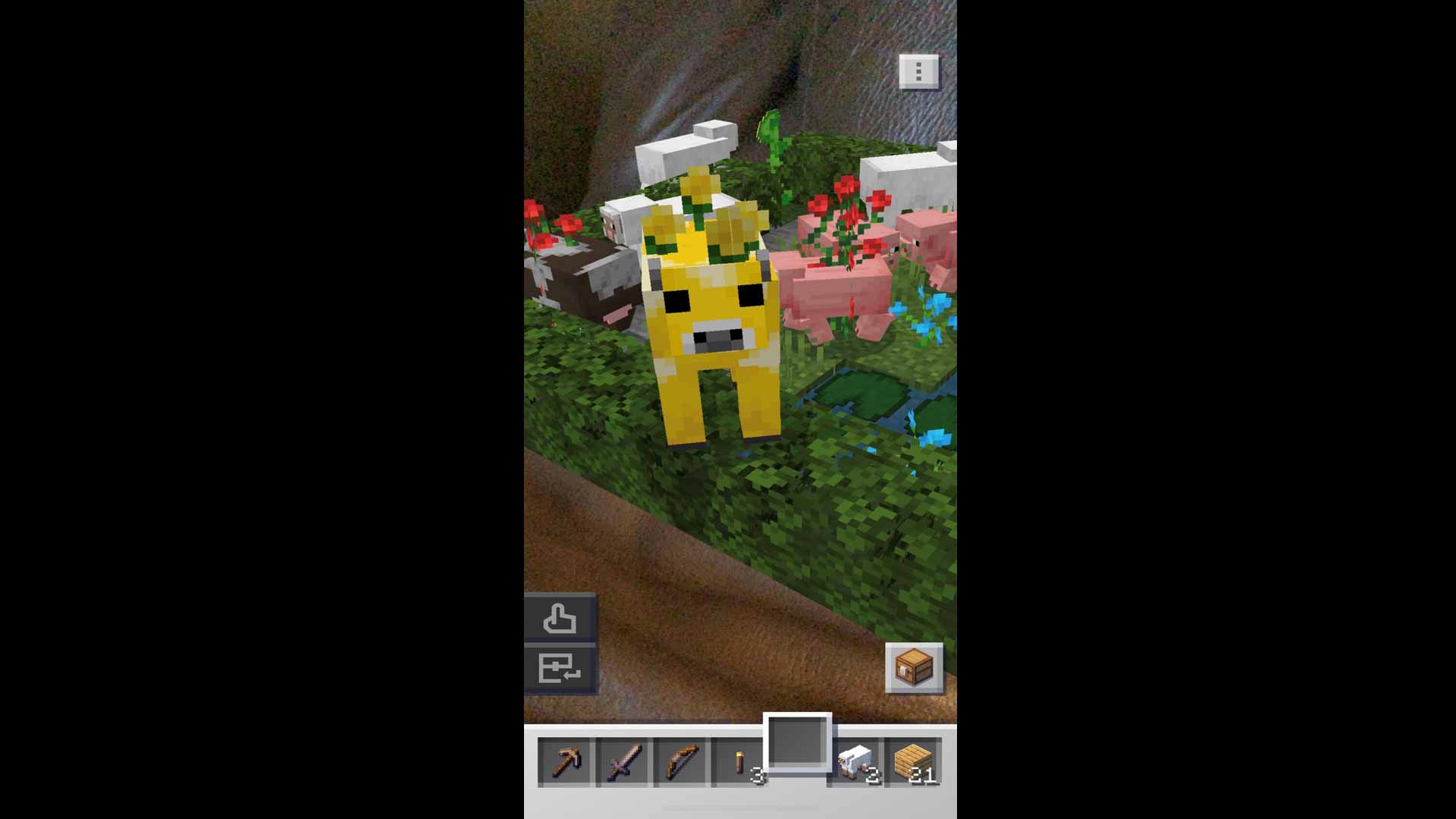 They also carry a heavy toll, if you die you’ll likely lose everything in your adventure taskbar, I didn’t realize this and lost some nice items. There’s a fair bit to collect, I’ve had some neat fresh mobs such as the Moobloom which is a daisy yellow cow, and the Cluckshroom which is a mushroom style chicken like a Mooshroom. The game also retains many elements from the regular Minecraft experience. It’s important to craft new items, or smelt ores as well. You’ll have to wait an allotted time for the item to be prepared, and are currently limited to one slot at a time.

There are also challenges to work towards if that’s what matters, and you level up. I really do enjoy playing Minecraft Earth, but at the same time I also question that point of it. It’s neat to gather items, but there’s not necessarily a drive that I see working out in the long term. It’s an interesting experiment that nails augmented reality, but I desire more of a purpose through the collection aspect of play. I’m gathering a lot, crafting and then building. It’s fun, but doesn’t necessarily have the edge that the core game does.

Even when comparing it to Pokemon Go which I find rather light, at least that has the mass selection of evolutions to keep you going out for more. There’s real potential here, they have really neat elements at play. I’m just hoping there ends up being more to it down the road. Again, that augmented reality portion of the game is excellent. Very high end models, looks great in action. It’s also really cool to be in a car while playing as your character goes into a minecart which is hilarious. Find a guide below on the game, or check out the general hub for additional coverage of this block building franchise.

Our Minecraft Hub
Read about Crafting in Minecraft Earth