A large pile of new Google Stadia games for the rest of 2020 have been announced, with further releases aside from this listing also expected at a later time. This includes a selection of exclusive titles, and other games making their way onto the store front.

Stadia Games and Entertainment
Outcasters (Only on Stadia)
From famed developers Splash Damage comes Outcasters, a vibrant and accessible competitive online multiplayer game set in a distinctly stylized vinyl world. Built off the incredible multiplayer experiences Splash Damage is known for players battle each other for glory, rewards and millions of customizations to make their Caster as unique as you are. Face off in matches up to eight players as you sharp-shoot, bounce and spring your way to success across colorful combat arenas.

Orcs Must Die! 3 (Only on Stadia; Playable in Stadia Pro once Stadia Connect is live)
From the team at Robot Entertainment, Orcs Must Die! 3 ushers orc-slaying mayhem to a previously unimaginable scale. All new War Scenarios pit players and their friends against the largest orc armies ever assembled. Mountable War Machines give players the essential firepower to heave, stab, carbonize, and disarticulate the abominable intruders. Orcs Must Die! 3 is the long-awaited successor to the award-winning series. Orcs Must Die! 3 will be claimable for free in Stadia Pro.

New developers working with our Stadia Games and Entertainment team to create Only on Stadia content include:
Harmonix, the legendary developers behind some of the most beloved music games ever, delivering both intense rhythm and passion to everything they do.,

Supermassive Games, bringing ten years of award-winning expertise to Stadia, with a legacy of crafting some of the most playable and watchable games around. 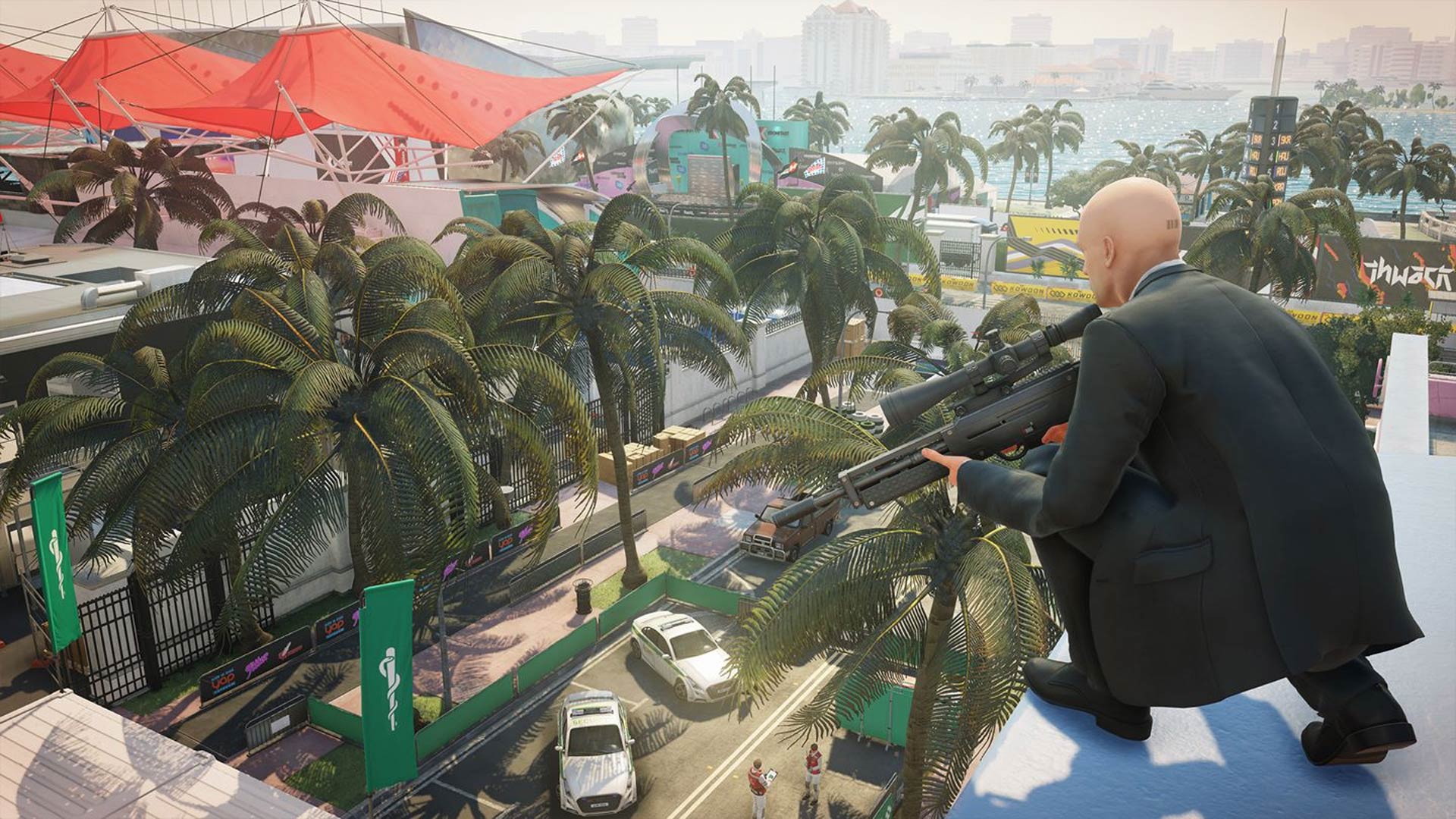 Dead by Daylight (Cross-play all platforms; cross-progression with Nintendo Switch and PC)
Releasing in September 2020 on Stadia with two exclusive features: Crowd Play and Crowd Choice. Crowd Choice, a Stadia exclusive feature, will allow the community to vote and influence their favorite YouTube streamer’s match. The power will lie in the viewers hands, as they will choose whether the influencer will play as a Killer or a Survivor, followed by which character. Crowd Play in Dead by Daylight will also allow streamers to invite their community to join in on a trial with a touch of a button.

Hitman, Hitman 2 (both September 1) and Hitman 3 (January 2021)
All three Hitman titles within the World of Assassination trilogy are coming to Stadia, including Hitman 3, the dramatic conclusion which takes players around the world on a globetrotting adventure to sprawling sandbox locations. Agent 47, the ruthless professional assassin, returns for the most important contracts of his entire career.

Outriders (Holiday 2020)
From the Square Enix team, Outriders is a co-op RPG shooter with brutal powers and intense action, deep RPG mechanics and a compelling story set in a dark sci-fi world. You will become an Outrider, a fallen pioneer from a forgotten past, reborn with devastating powers. Define your play style, level up your powers, and collect brutal guns and gear on an epic journey of survival.

PGA TOUR 2K21 (August 21)
In PGA TOUR 2K21, you can play by the rules or create your own, featuring an all-new PGA TOUR Career Mode with real courses and top pros to compete against on your road to win the FedExCup. Hit the links with friends in local and online multiplayer and run full seasons and tournaments like a boss with Online Societies.

Sekiro: Shadows Die Twice (Fall 2020)
Carve your own path to vengeance in the award-winning action-adventure game from the creators of Dark Souls. Embark on a quest to regain your honor and fight vicious enemies in a dark and twisted world. Unleash an arsenal of deadly prosthetic tools and powerful ninja abilities while you blend stealth, vertical traversal, and visceral head to head combat.

Hello Neighbor and its prequel, Hello Neighbor: Hide and Seek are coming to Stadia. Sneak into your neighbor’s house from any of your compatible Stadia devices and figure out what he’s hiding in the basement.

You can read our review of the Google Stadia Pro service below, or check out the general hub for further coverage of the streaming service.